In an 11th hour settlement, shechita of poultry will continue in New Zealand, after agreement was reached on Friday afternoon between the New Zealand Jewish community’s lawyers and the country’s

The High Court trial between the community and Agriculture Minister David Carter, due to begin on Monday has been adjourned after the agreement was made.

A statement from the heads of the Auckland Hebrew Congregation, the Wellington Jewish Community Centre and the New Zealand Jewish Council thanked the Jewish community in New Zealand and overseas for their support and donations towards legal costs.

“Unfortunately there is still a significant shortfall, and community members are asked to ‘dig deep’ to help meet the costs of our campaign to save shechita in New Zealand,” the statement said.

In June this year, representatives from the New Zealand community met with Prime Minister John Key to air their concerns regarding new guidelines for the slaughter of meat imposed by David Carter and his ministry, despite advice from the the country’s National Animal Welfare Advisory Committee to grant a dispensation.

While Prime Minister Key told the community at a private meeting that he “want[s] the Jewish community to be strong and vibrant in New Zealand”, he failed to issue a response on the issue, forcing the community to prepare their legal case.

A provisional exemption was granted by the court in August until the matter was resolved. 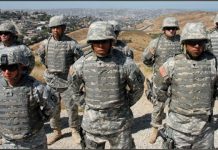