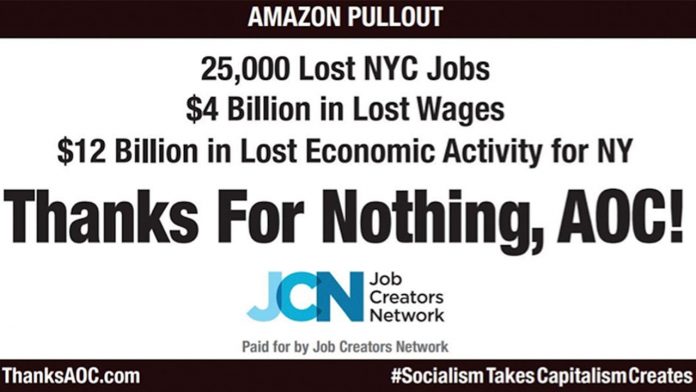 “The Amazon pullout is a perfect example of what we’ve been saying: socialism takes and capitalism creates,” Alfredo Ortiz, JCN’s President and CEO, said. “The economic consequences of Amazon’s pullout is just a small taste of the harm that is to come if Ocasio-Cortez’s anti-business canon comes to fruition and is made federal policy.”

The billboard will reportedly remain in the popular tourist location for one week.