Many of us have heard that The 13th Global Siyum HaShas is just a little over one year away. As the greatest impetus for increased limud HaTorah, The Siyum is a monumental and inspirational event for hundreds of thousands around the world. The Executive Committee of The Siyum is already hard at work at bringing the mission of The Siyum to life. The Siyum HaShas is much more than just a one time event, the initiatives of The Siyum extend well before and after.

The six Chassanei HaShas, one for each seder in Shas, are visionaries who will taken upon themselves the achrayus for the growth of their respective chelek of Shas. R’ Ari, a noted askan and Rosh v’rishon lechol davar shebikdush is the first of these Chassanei HaShas to be announced. R’ Ari comes from a long line of ba’alei chessed and machzikei Torah. R’ Ari’s grandfather founded the renowned bastion of chessed – HASC.

In celebration of this remarkable undertaking, and of R’ Ari’s appointment to the Board of Trustees of Agudas Yisroel, this past Wednesday evening, HaRav Yaakov Perlow, Novominsker Rebbe and Rosh Agudas Yisroel, and the Rosh HaYeshiva HaRav Aryeh Malkiel Kotler, Chaver Moetzes Gedolei HaTorah, were mechabeid R’ Ari  by joining him for a l’chaim in his home.

At the same time, R’ Ari Stern is joining the Executive Committee of The Siyum. In his capacity as an executive committee member, R’ Ari will be joining the other committee members – Shlomo Werdiger, Shmuel Yosef Rieder, Yati Weinreb, Hashi Herzka, Dr. Dudie Diamond and Duvi Gross – in directing the 13th Global Siyum HaShas.

R’ Ari will be honored at The Siyum as one of the Chassanei HaShas. He will – in addition to standing alongside the Maschil HaShas in MetLife Stadium – also be responsible for increasing Torah learning in a way only supporters of The Siyum can. The Siyum, expected to have over 200,000 participants worldwide, will be the focal point for new Torah initiatives and projects that will add to Limud Torah for Klal Yisroel, young and old, and no matter their background. Being the largest gathering of Yidden in 2,000 years, The Siyum will be an unparalleled ribui in Kavod Shamayim.

Rabbi Chaim Dovid Zwiebel, Executive Vice President of Agudath Israel, and Yati Weinreb, were also at the event. Rabbi Miller summed up the event by saying, “The support R’ Ari gives to the Lomdei HaDaf is palpable in the way that he talks about the Siyum HaShas. It is because of this that Ari is the most fitting person I can think of to be a Chassan HaShas. We are so glad that he is going to be part of every aspect of the Siyum – and the rest of the Agudah’s activities – and his involvement is an incredible chizuk for us.” 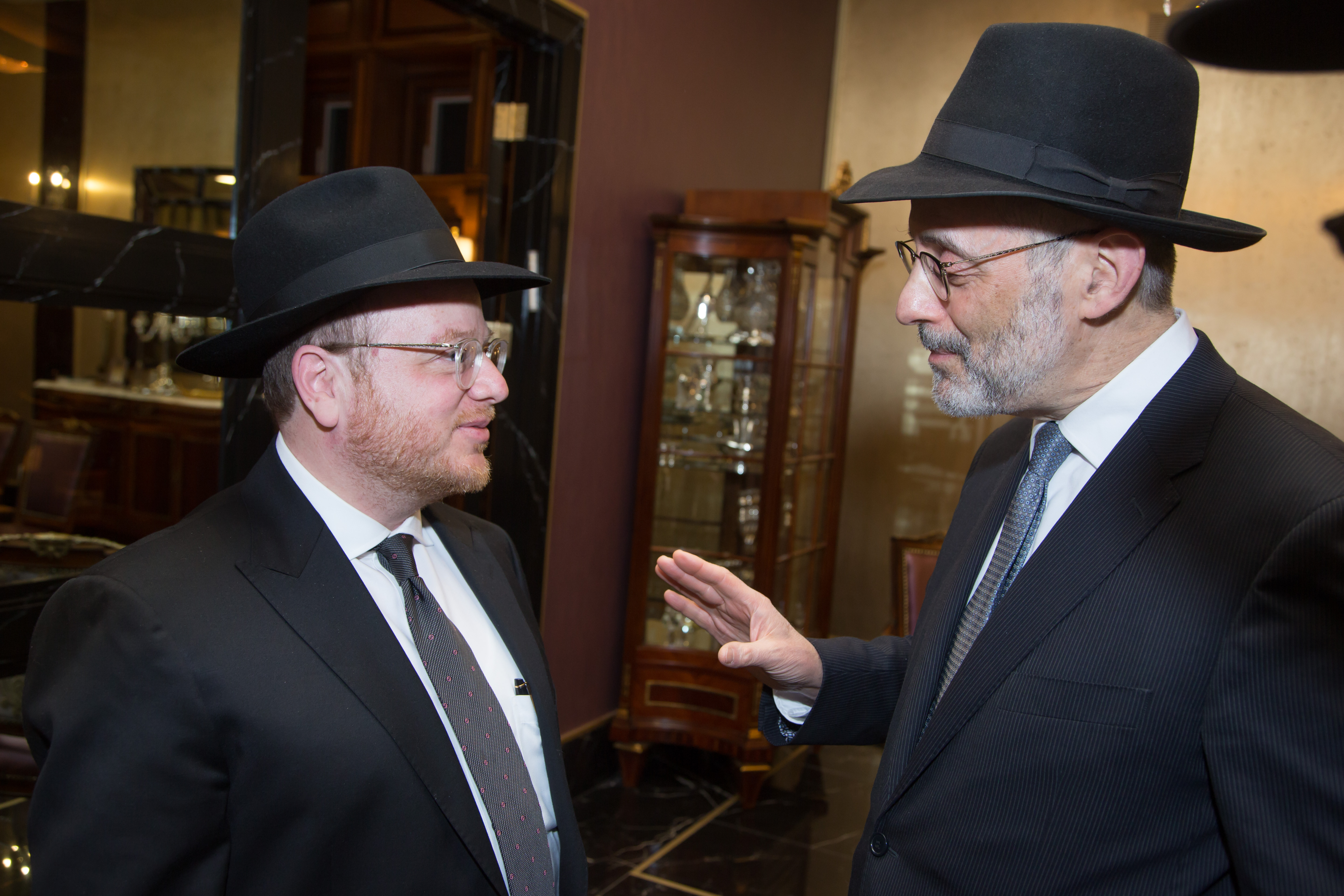 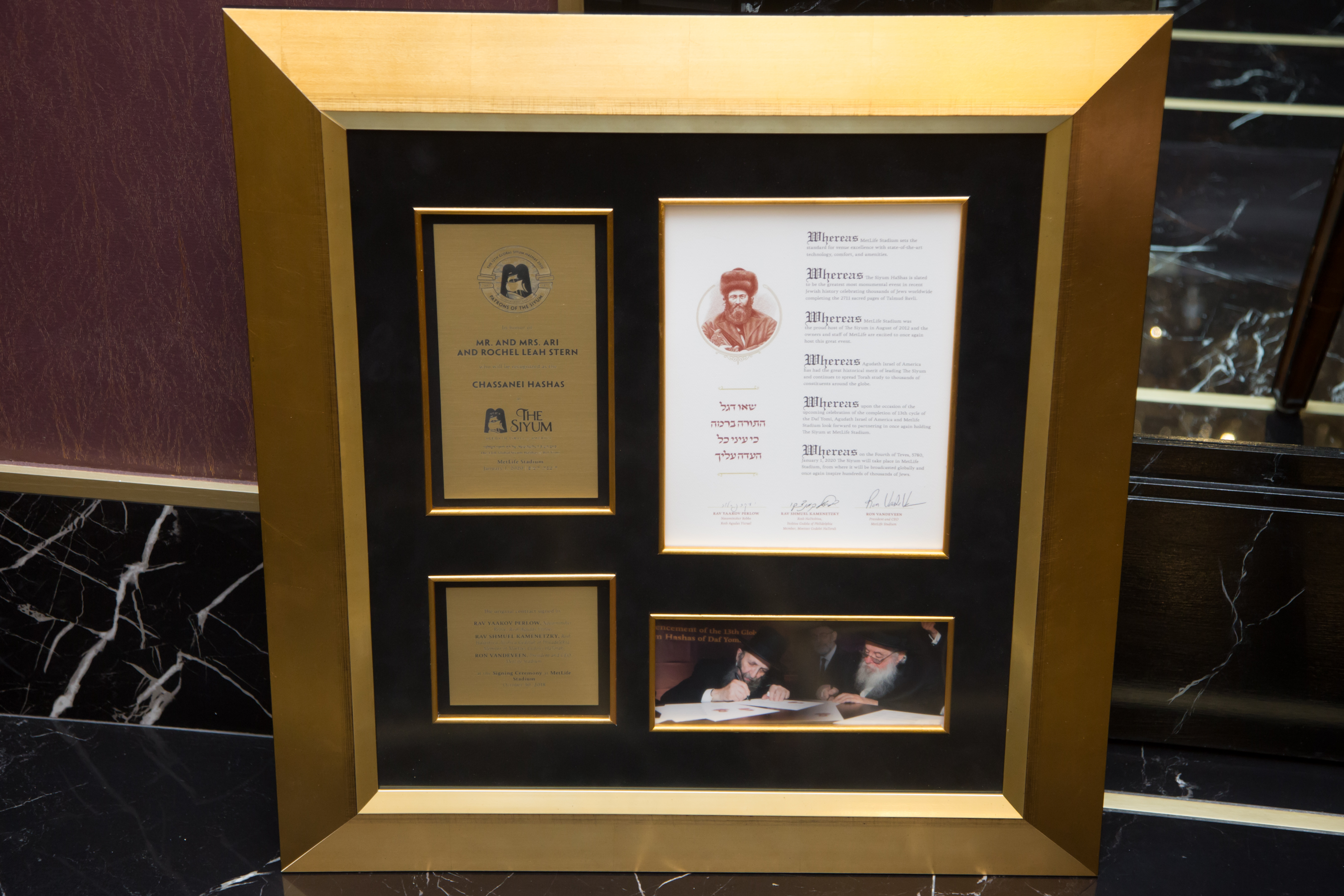 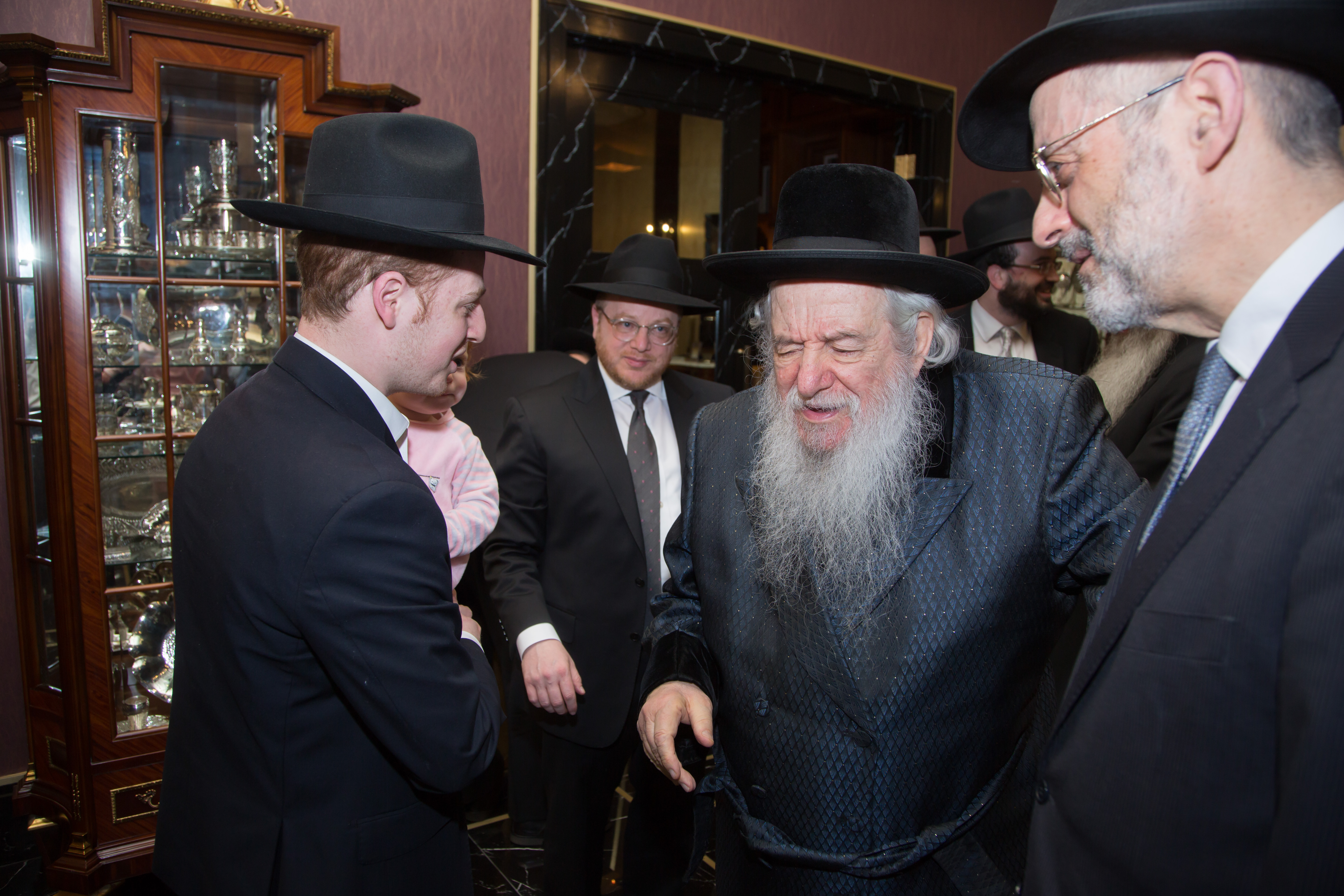 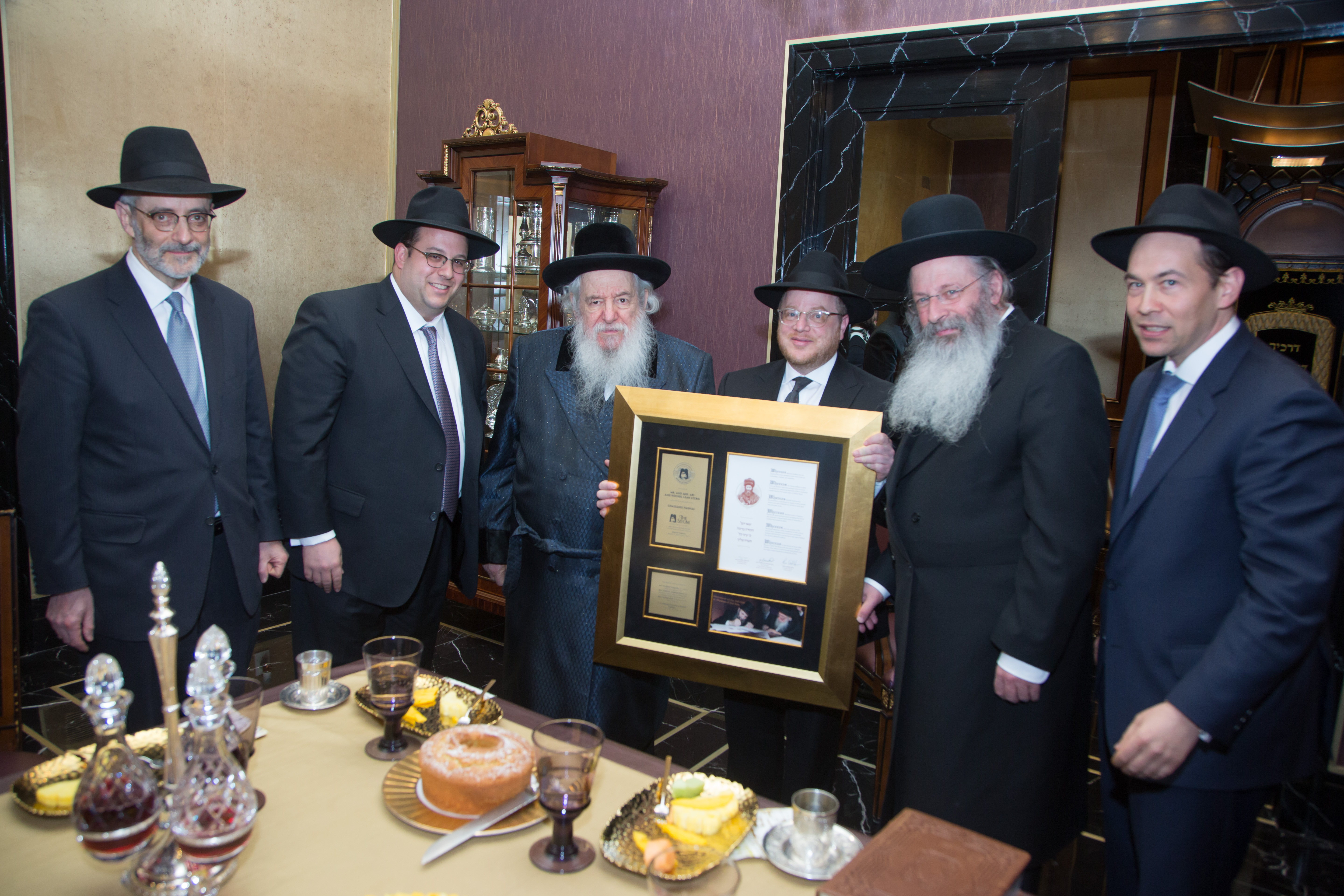 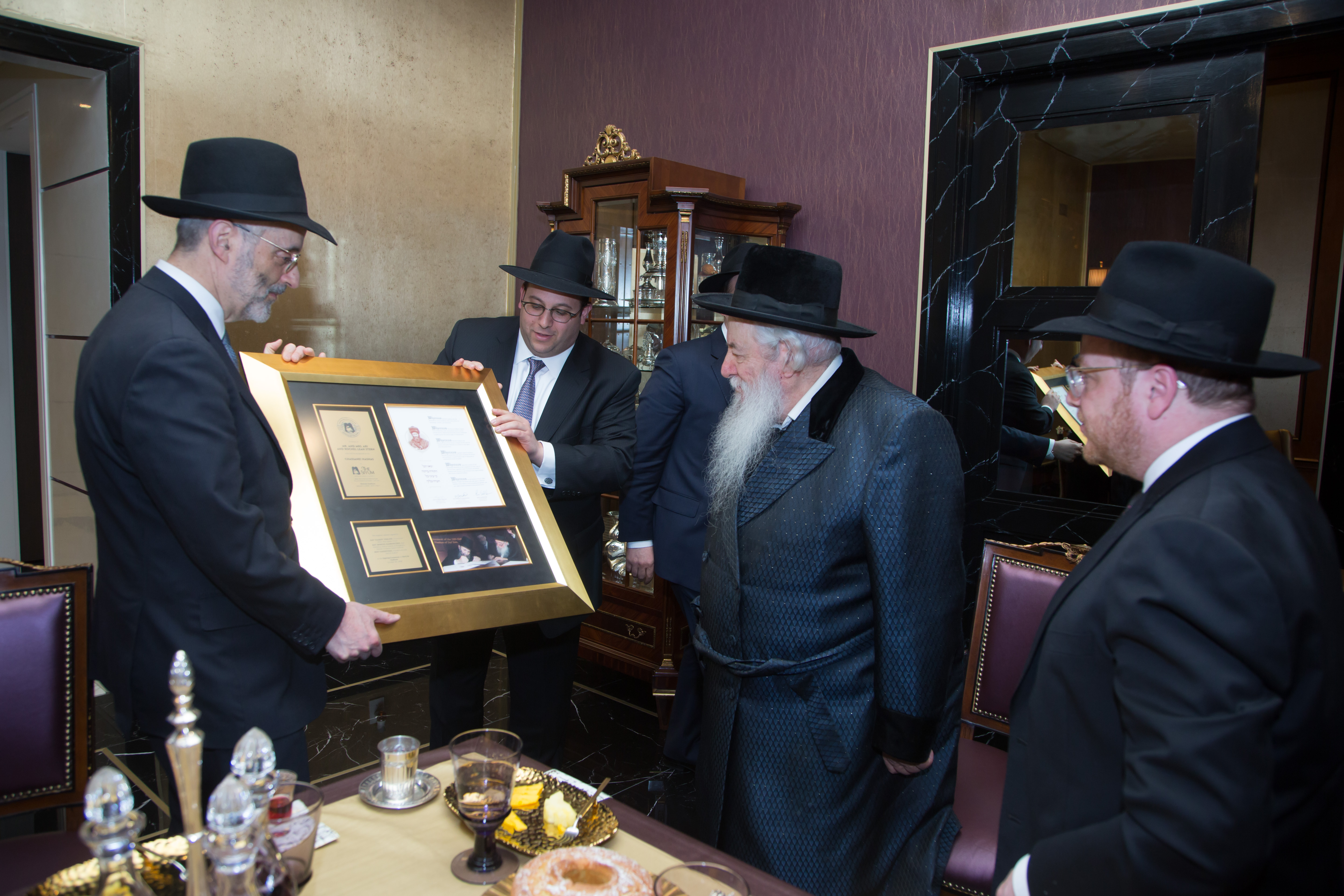 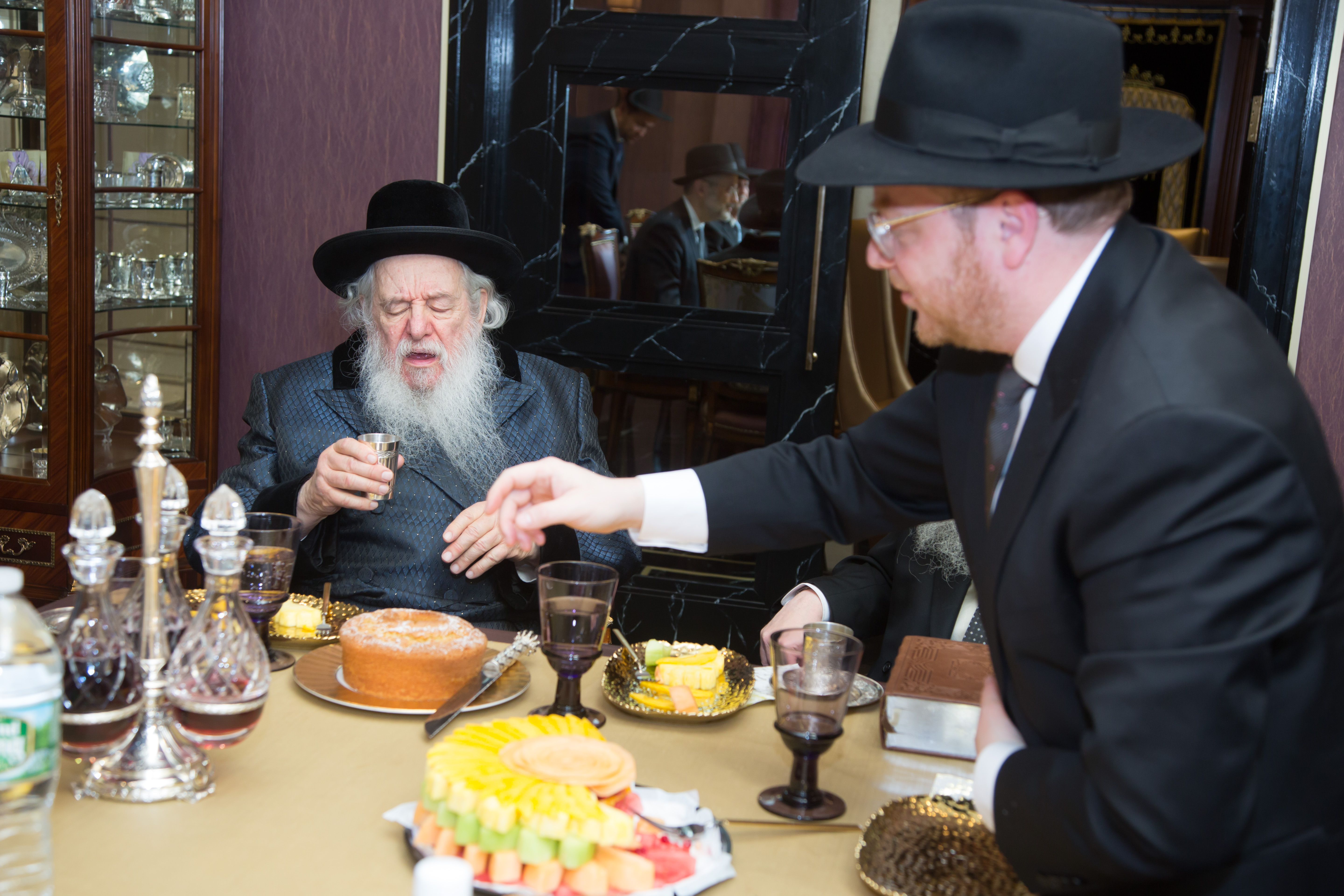 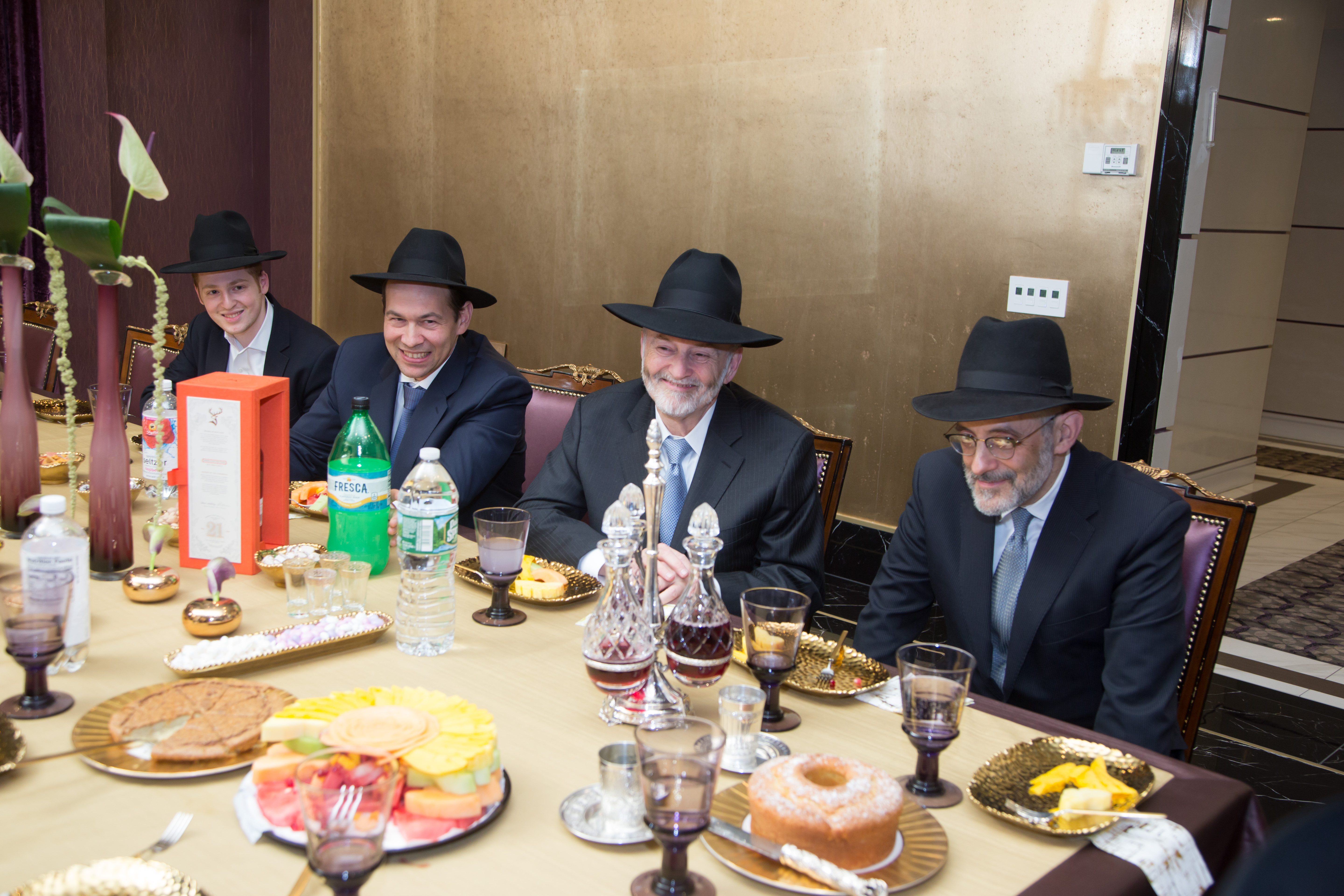 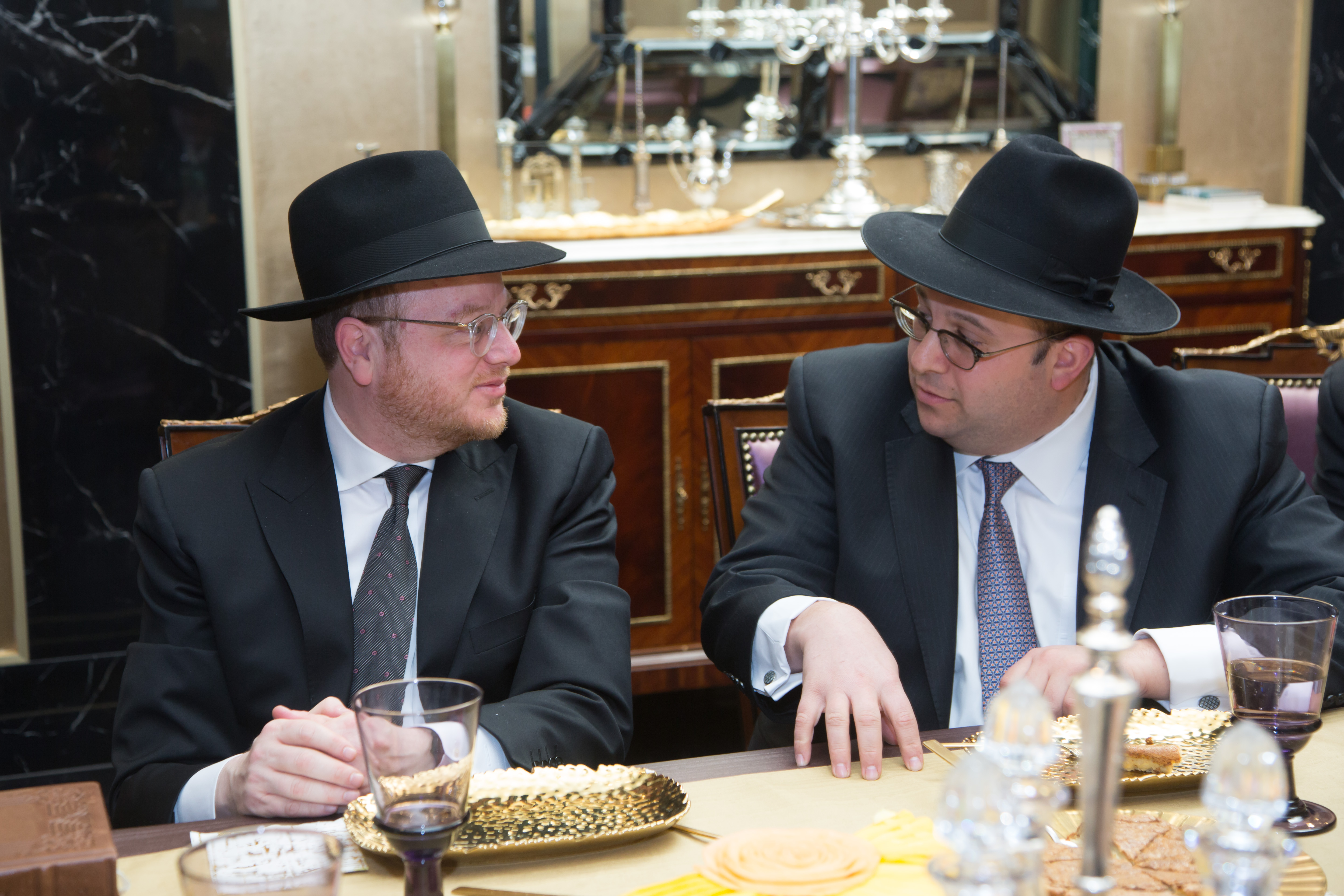 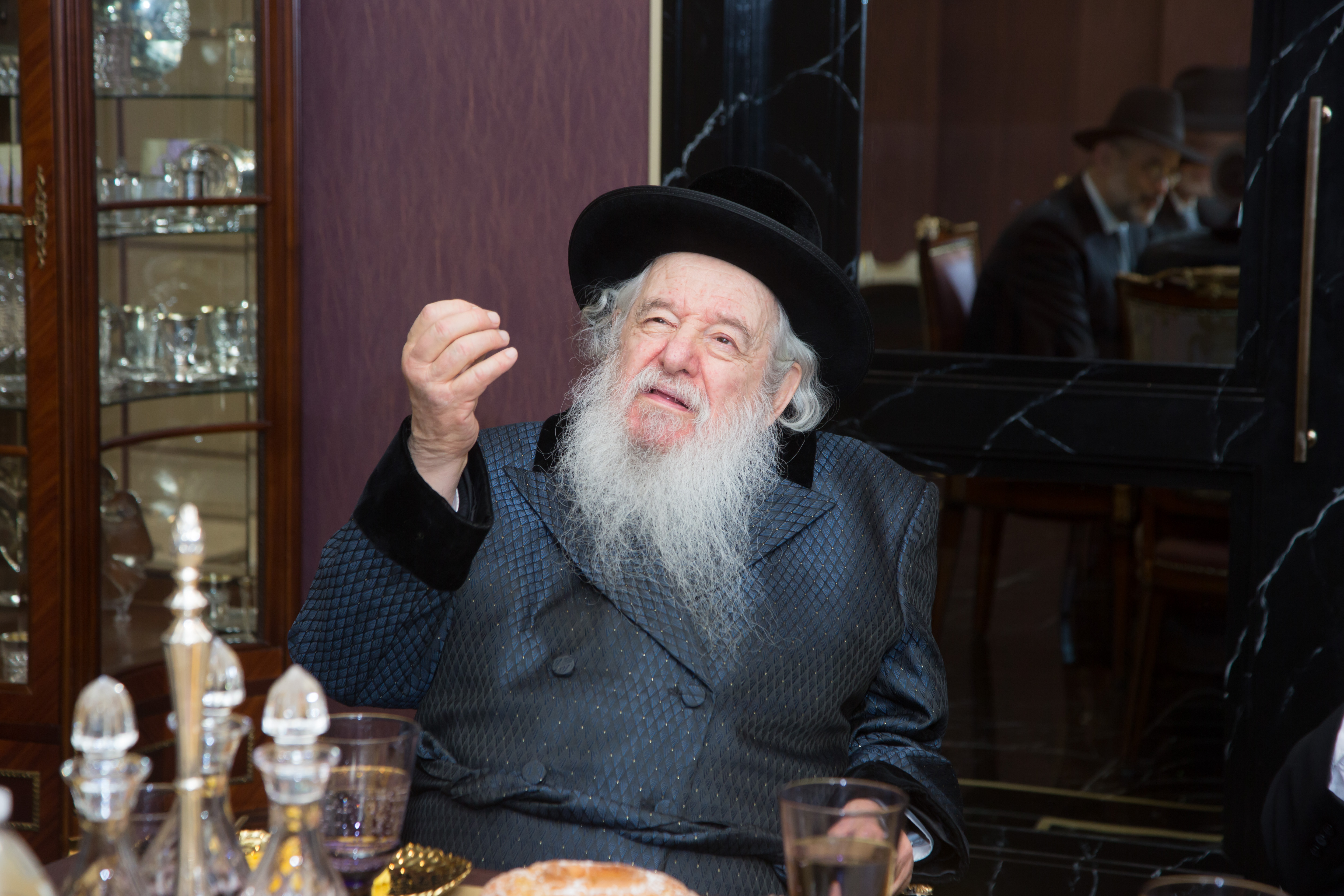 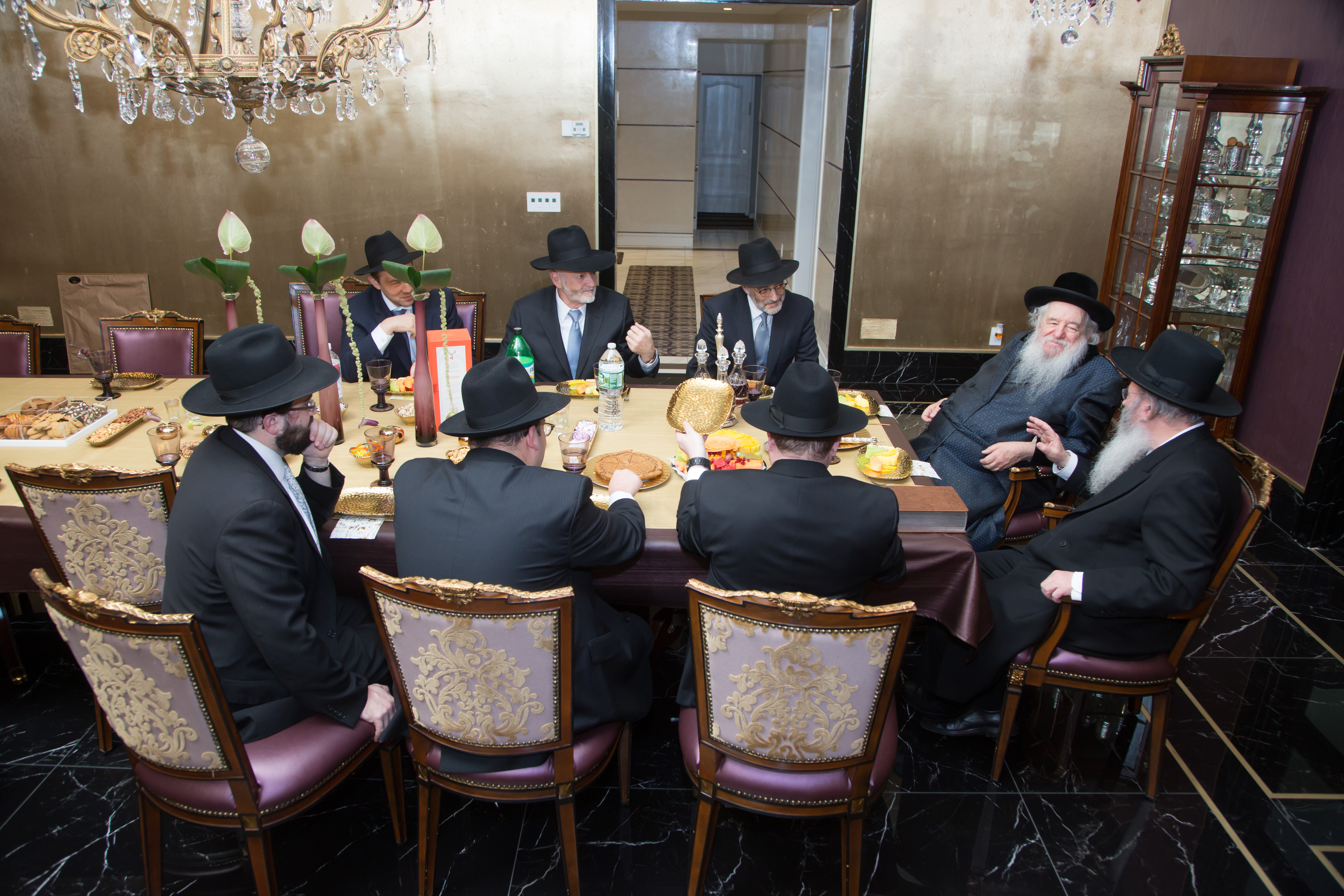 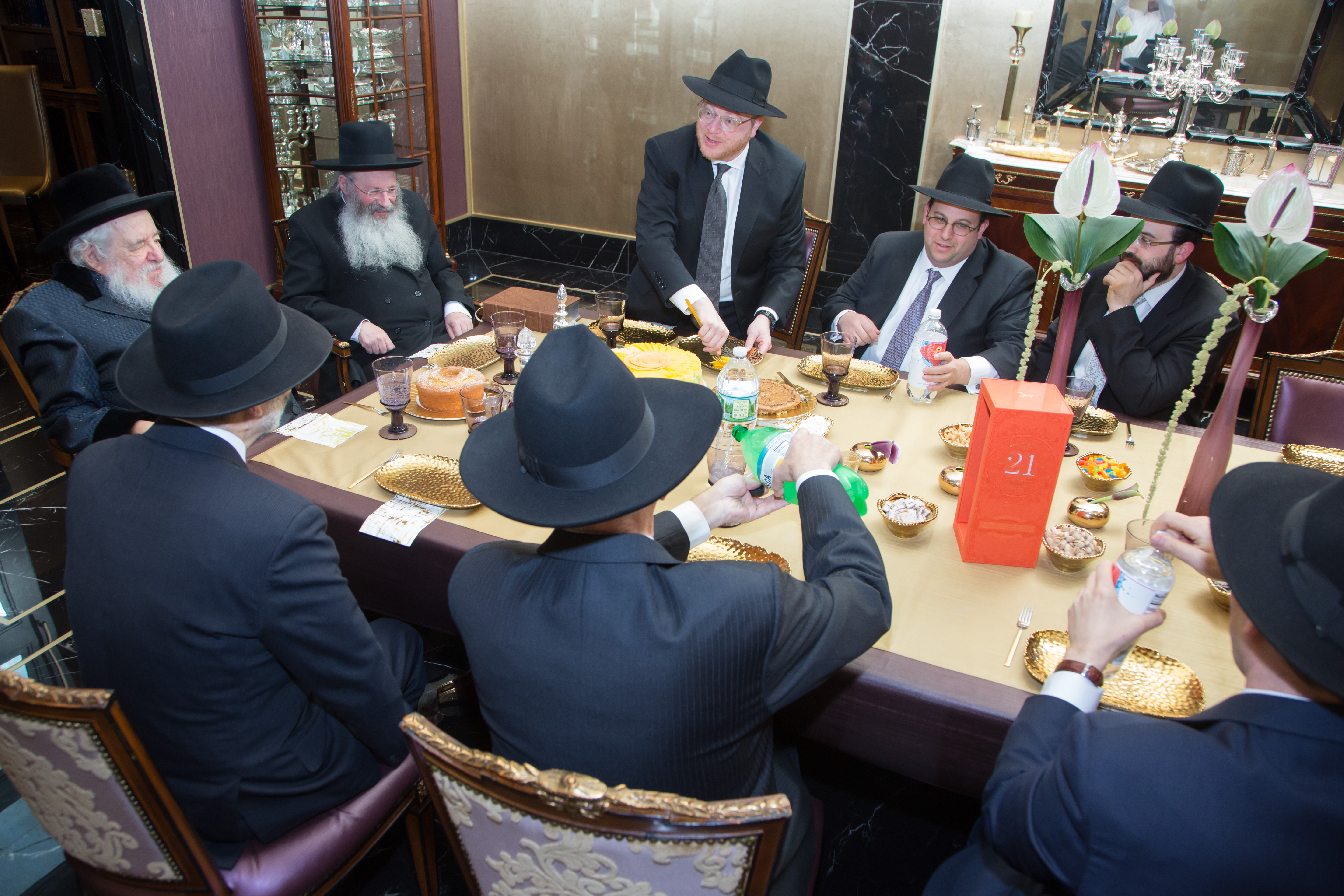 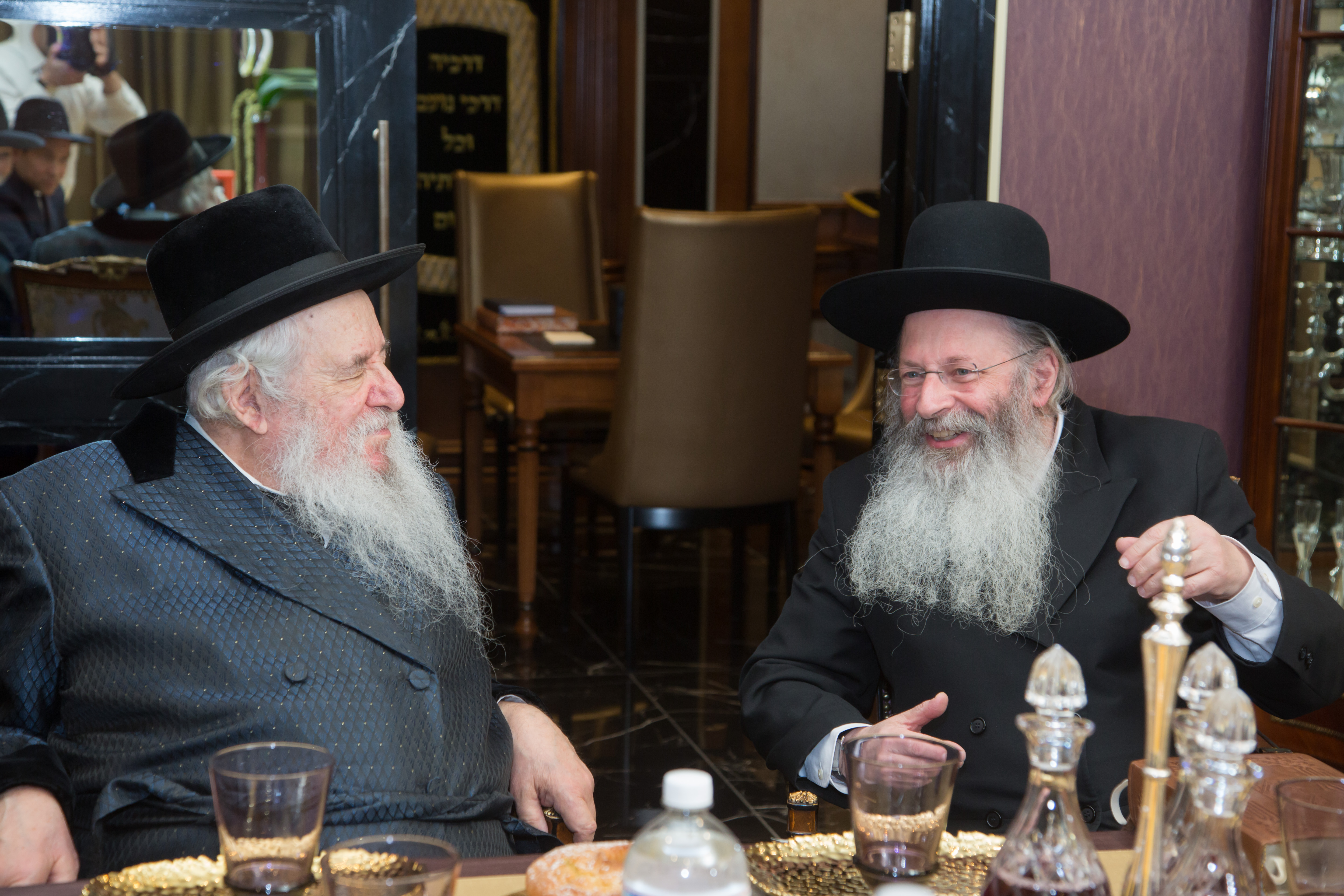 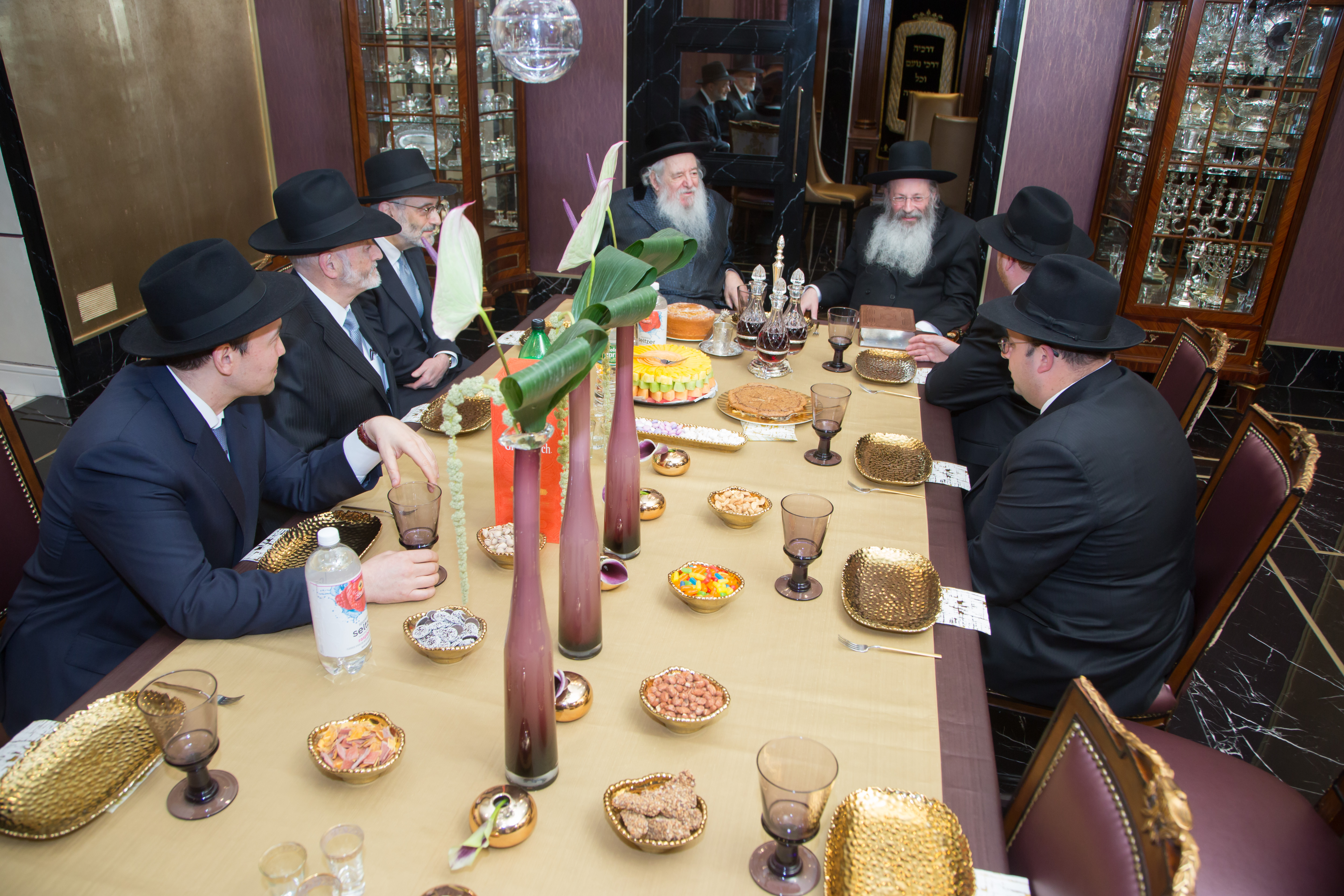 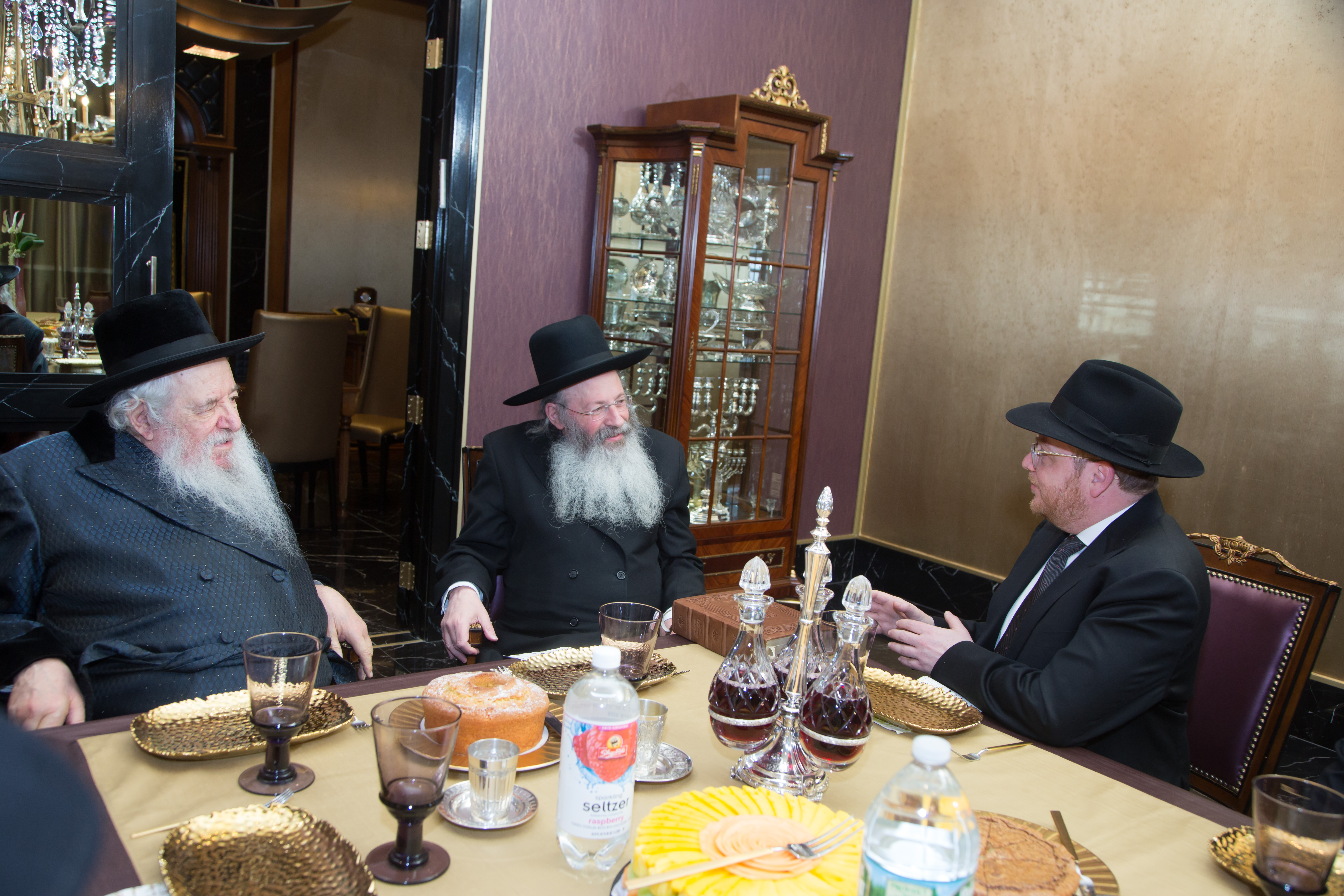 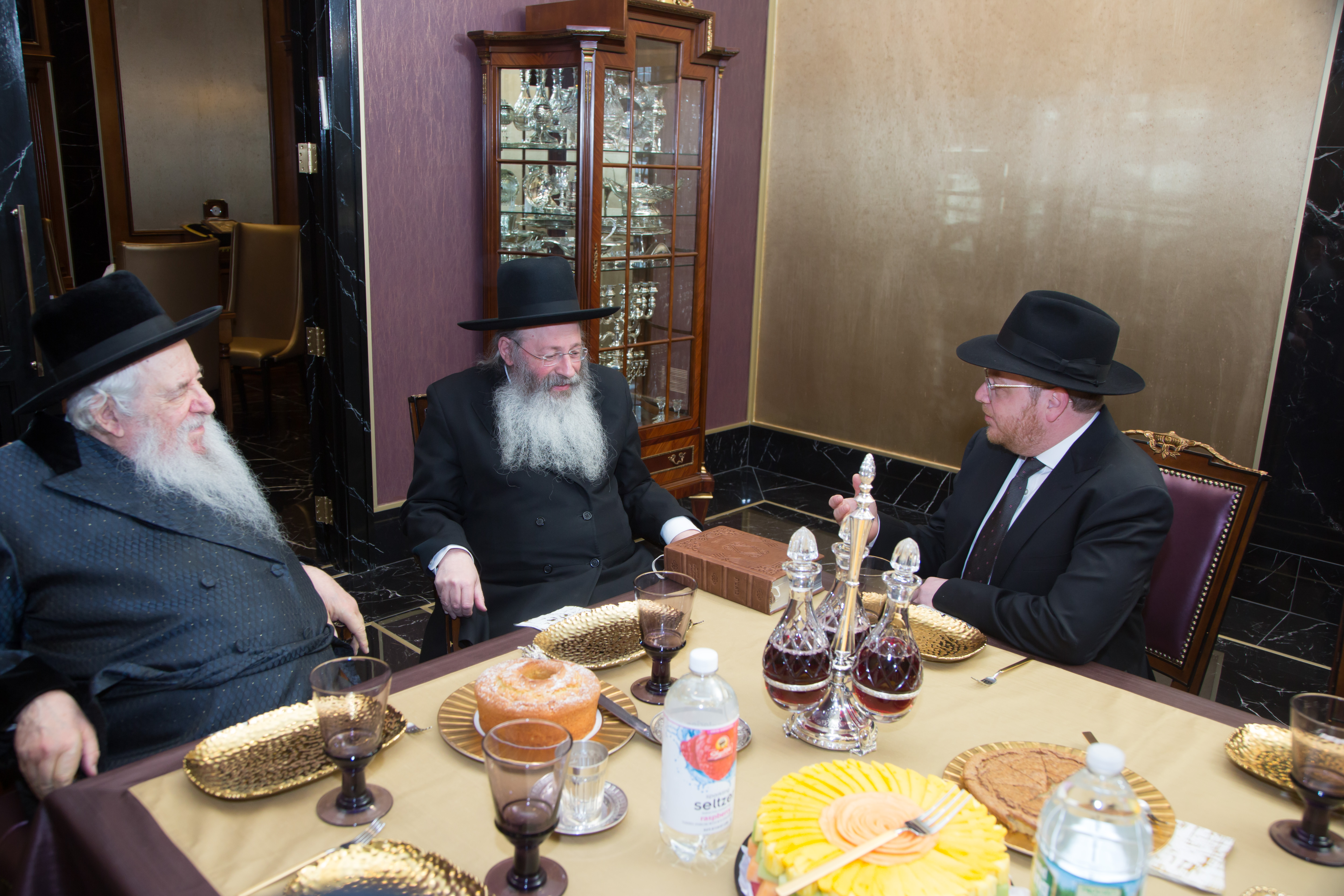 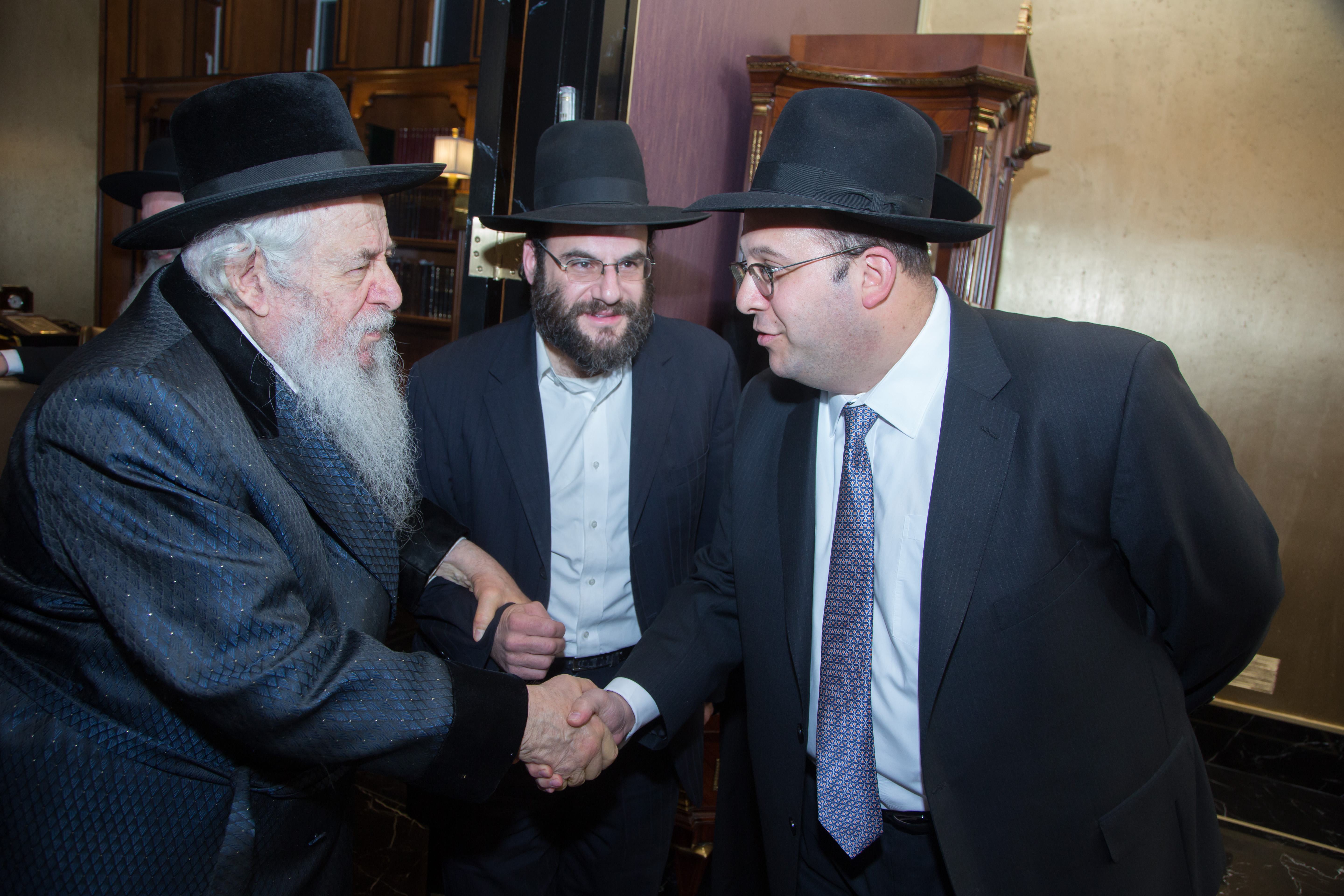 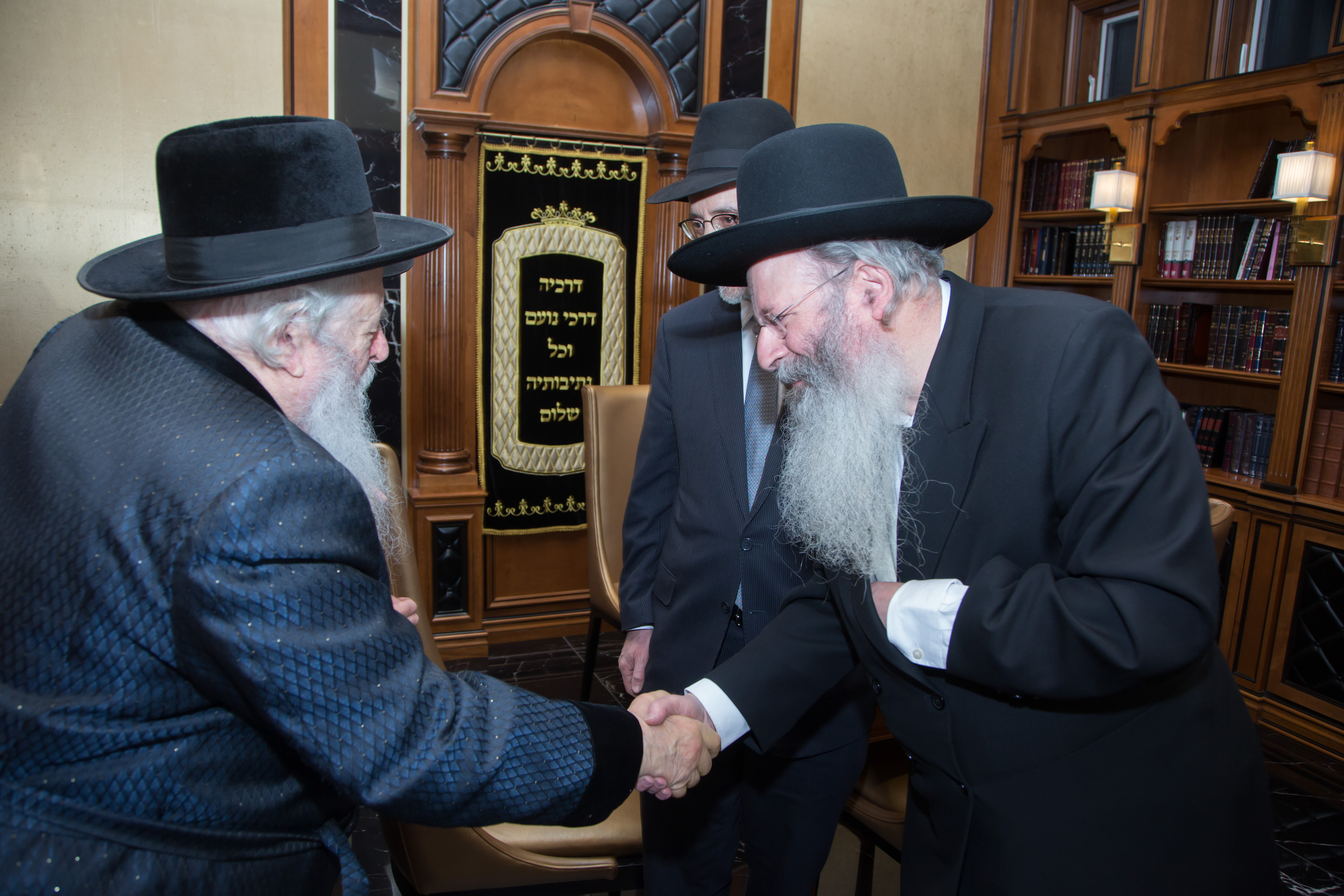 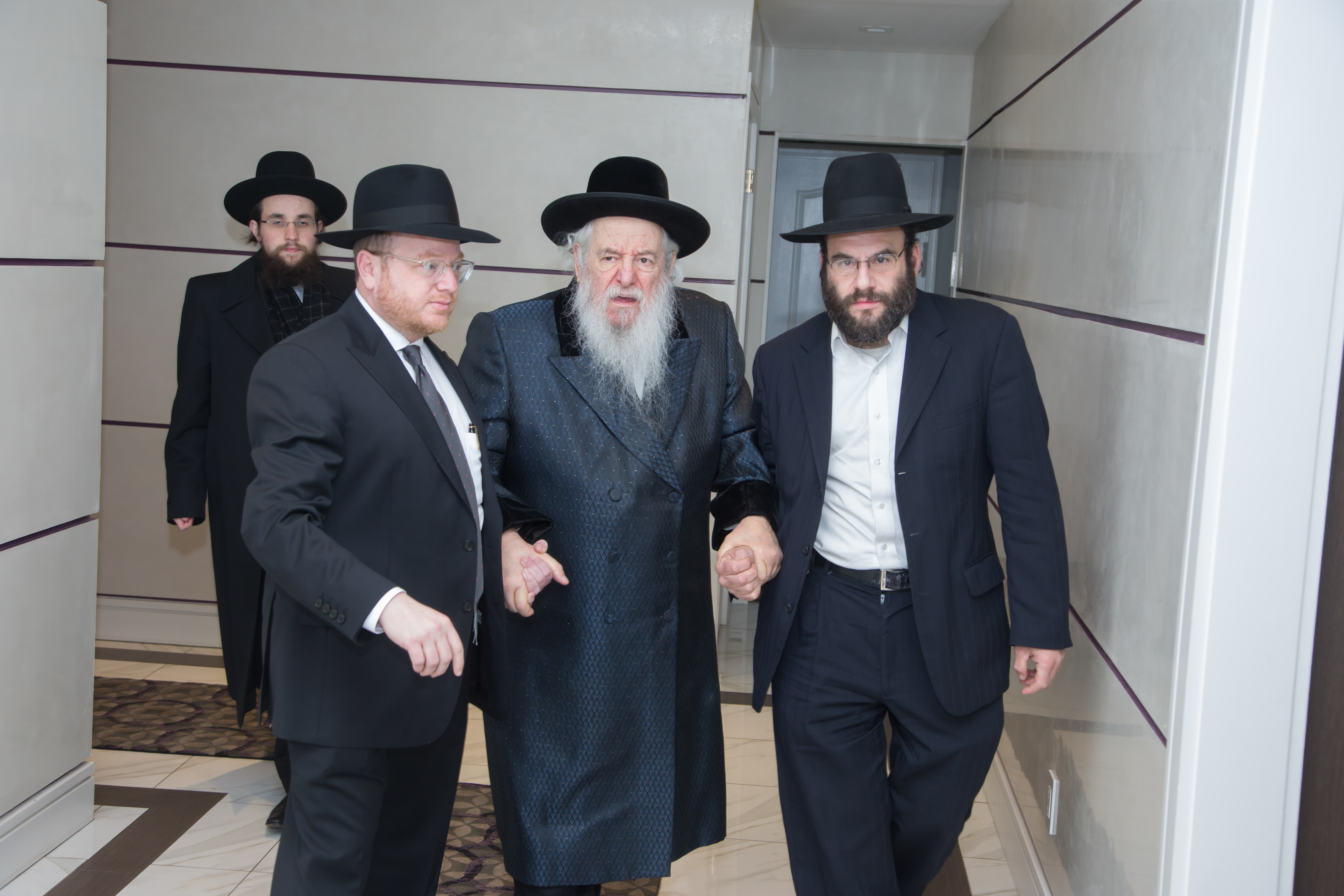 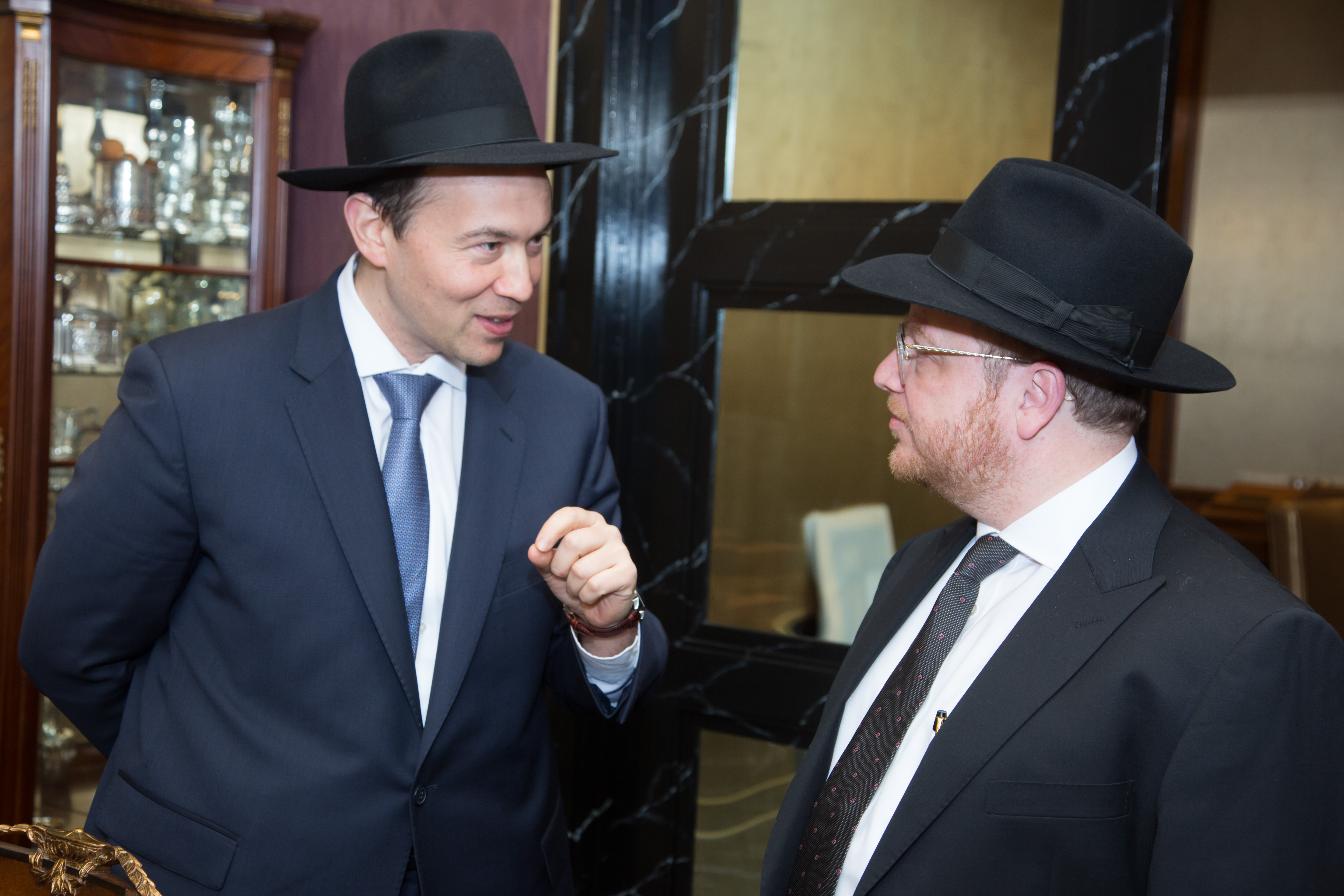 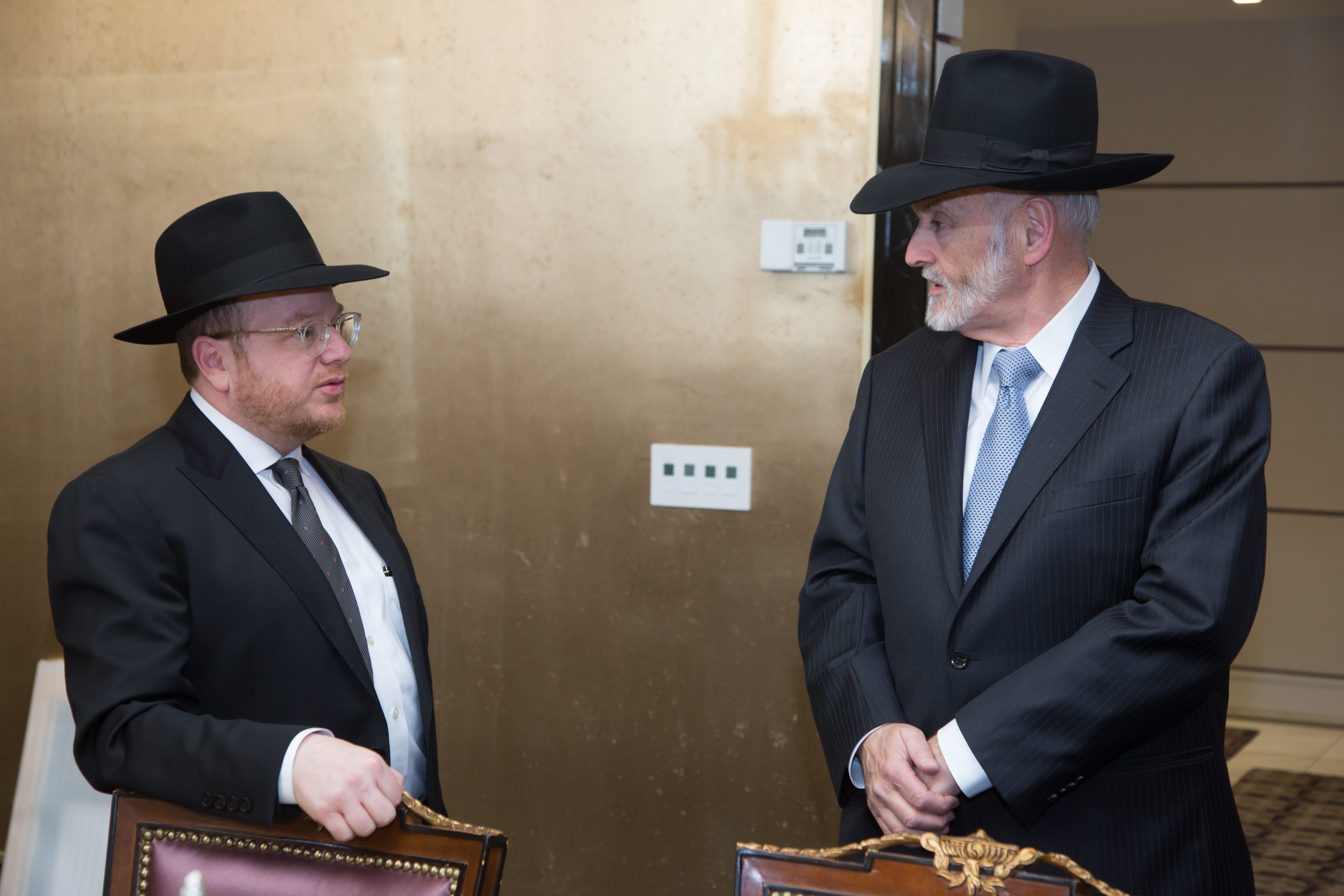 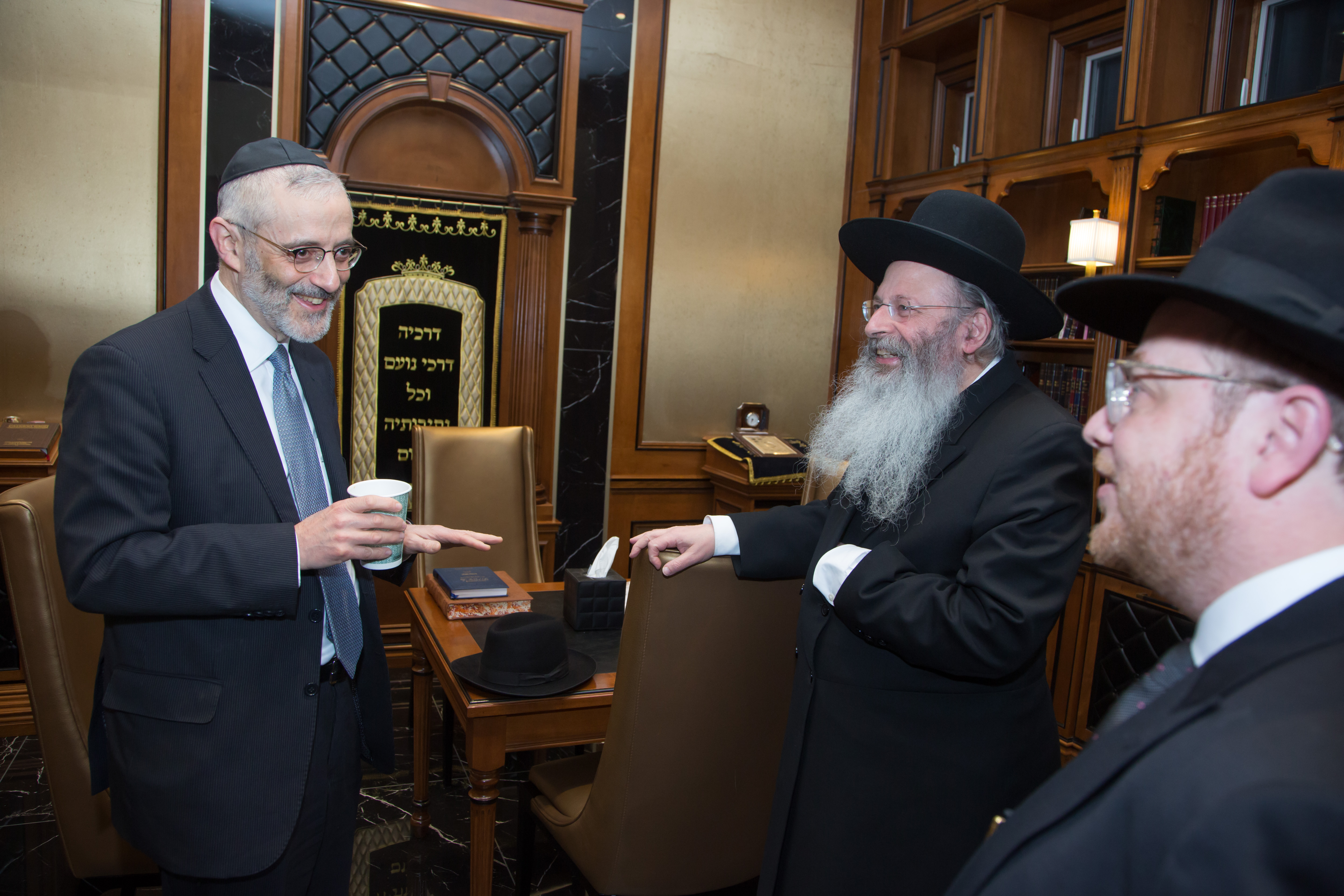 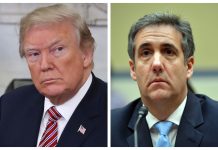