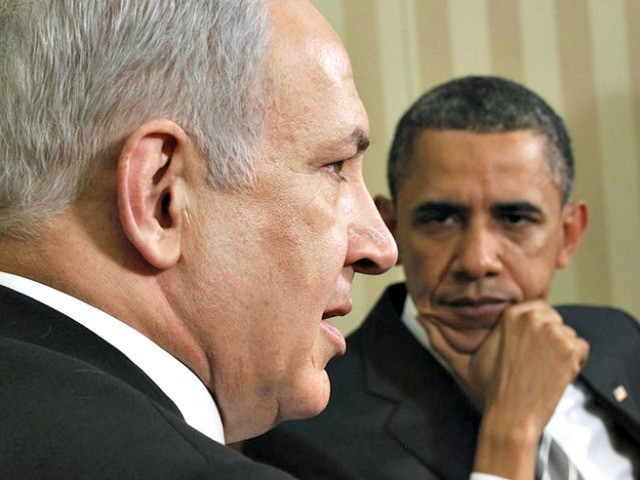 Most Americans have moved on to the Trump presidency, but the New York Times seems stuck re-litigating the battles of the Obama years.

Perhaps the newspaper is using the opportunity to try to spin the history of the Obama presidency.

A recent, egregious example of this came in a Times article previewing the meeting between President Trump and Prime Minister Netanyahu. The Times reported:

The meeting with Mr. Trump on Wednesday is expected to set the tone for the American-Israeli relationship, which was notably frosty under President Barack Obama because of Israeli settlements in occupied territory, Israel’s vehement opposition to the nuclear deal with Iran and personality clashes with Mr. Netanyahu.

What a remarkable sentence. Three reasons are listed for the “notably frosty” American-Israeli relationship. In the first two, the Times seems to blame Israel. It’s the “Israeli settlements” that are to blame, not Mr. Obama’s fierce opposition to them. It’s “Israel’s vehement opposition to the nuclear deal” that froze the relationship, not the deal itself or Mr. Obama’s determination to pursue it notwithstanding opposition from Israel and from Congress. Even the third element — “personality clashes with Mr. Netanyahu” — can be read as subtly putting the onus for the personality clashes on Mr. Netanyahu rather than Mr. Obama.

In fact, though the personal relationship between Mr. Obama and Mr. Netanyahu was certainly chilly, the American-Israeli relationship overall is deep and strong; it’s inaccurate to characterize it as frosty. As the Times often likes to remind us, though neglects to here, the US and Israel signed a decade-long, multi-billion-dollar military aid agreement in 2016. Economic, cultural and people-to-people ties are warm and extensive. What is “notably frosty,” to use the Times’ own term, is the attitude of the Times reporters and editors toward Mr. Netanyahu. They seem somehow to have absorbed Mr. Obama’s view.