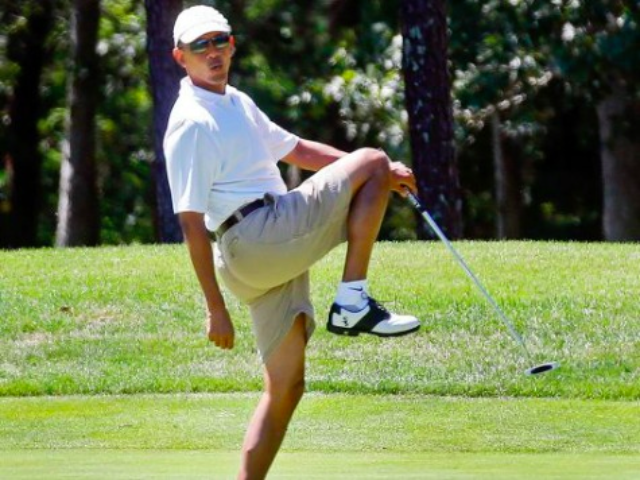 The first family has spent over $10 million a year on travel and vacations, and the still growing bill has crossed over $85 million in eight years, according to a watchdog group, the Washington Examiner reports.

Judicial Watch, which has charted the travel of presidents for years, said this week that it has received a new batch of bills for the first family’s December break in Hawaii, bringing that trip to nearly $5 million. The Obama’s are expected to return to Hawaii this December.

The expenses cover items such as security, flights and hotel rooms for staff and U.S. Secret Service. They do not include the price of prepositioning ships and aircraft in the area or much of the communications costs.

Judicial Watch announced today that it obtained records from the U.S. Secret Service revealing that its travel expenses for the First Family’s 2015 Hawaiian vacation cost taxpayers $1.2 million, which bring the total cost of the vacation trip to at least $4.8 million. This was the Obamas’ eighth Hawaiian family vacation. The trip has become an annual event for the Obamas. To date, Obama’s and his family’s travel expenses total at least $85,029,819.

Although the vacation officially lasted from December 18, 2015, to January 3, 2016, the Secret Service rented several Kailua homes for 19 nights, starting from December 16. The total for the rentals, located near the Marine Corps base at Kaneohe Bay was $245,993.12.