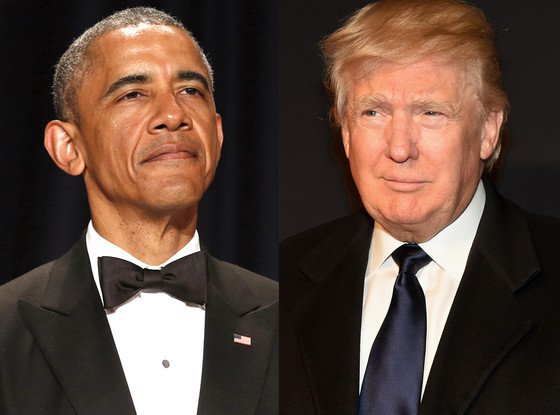 WASHINGTON – President Barack Obama today warned that presumptive Republican nominee Donald Trump is not fit for the nation’s highest office, saying that “this is not a reality show.”

“He has a long record that needs to be examined,” Obama said during a news conference at the White House. “I think it is important for us to take seriously statements he’s made in the past. But most importantly, I just want to emphasize the degree to which we are in serious times. This is not entertainment. … This is a contest for president of the United States.”

Taking up a message he delivered last month at an awards banquet for journalists, Obama implored reporters to dig into the statements and policy proposals of candidates. On Trump, he added that “taking a position where you threaten war, where you’re upending critical relations with other countries or you would potentially break the financial system. That needs to be reported on.”

Obama said that he has concerns “about the degree of reporting and information that emphasizes the spectacle or circus. That’s not something we can afford.”

A short time later, a reporter asked Obama to respond to a message Trump posted on Twitter of a photo of himself eating a “taco bowl” and a note saying, “I love Hispanics!” The message, coming on the Cinco de Mayo holiday, offended some Hispanics.

“I have no thoughts on Mr. Trump’s tweets,” Obama replied. He said he would not have thoughts on Trump’s social media throughout the election. “You can file that away.”

Obama was asked to respond to House Speaker Paul Ryan’s statement on Thursday that he was not ready to support Trump.

“There’s no doubt there is a debate that’s taking place inside the Republican Party about who they are and what they represent,” Obama said. “Their standard bearer at the moment is Donald Trump. It’s not just Republican officials but Republican voters who have to make the decision whether this is the guy who speaks for them and represents their values.”