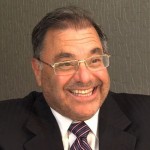 A group of “Orthodox” rabbis in Israel, the United States and Europe have issued a historic public statement affirming that Christianity is “the willed divine outcome and gift to the nations” and urging Jews and Christians to “work together as partners to address the moral challenges of our era,” Breitbart reports.

“[Yoshka] brought a double goodness to the world,” the statement reads. “On the one hand, he strengthened the Torah of Moses majestically” and on the other hand “he removed idols from the nations,” instilling them “firmly with moral traits.”

The Jewish leaders expressed their desire to accept “the hand offered to us by our Christian brothers and sisters.”

The statement bears the title, “To Do the Will of Our Father in Heaven: Toward a Partnership between Jews and Christians,” and is signed by over 25 “Orthodox” rabbis, who invite fellow rabbis to join in signing the statement.

“Now that the Catholic Church has acknowledged the eternal Covenant between G-d and Israel, we Jews can acknowledge the ongoing constructive validity of Christianity as our partner in world redemption, without any fear that this will be exploited for missionary purposes,” it says.

Echoing recent words by Pope Francis, the document states: “We are no longer enemies, but unequivocal partners in articulating the essential moral values for the survival and welfare of humanity.”

“Neither of us can achieve G-d’s mission in this world alone,” it says.

According to Shlomo Riskin, one of the statement’s initiators, the “real importance of this Orthodox statement is that it calls for fraternal partnership between Jewish and Christian religious leaders, while also acknowledging the positive theological status of the Christian faith.”

“This proclamation’s breakthrough is that influential Orthodox rabbis across all centers of Jewish life have finally acknowledged that Christianity and Judaism are no longer engaged in a theological duel to the death and that Christianity and Judaism have much in common spiritually and practically. Given our toxic history, this is unprecedented in Orthodoxy.” said Rabbi Dr. Eugene Korn, Academic Director of CJCUC.