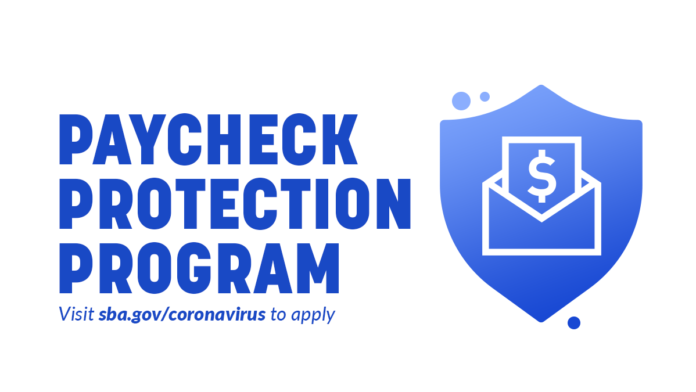 The stimulus program that has both infuriated and sustained small-business owners since its launch in April is now set to close with more than $130 billion left unused, prompting lawmakers to consider how to repurpose the money for the still-ailing economy.

With the deadline to apply for the Paycheck Protection Program coming just before midnight Tuesday night, Sens. Marco Rubio, R-Fla., and Ben Cardin, D-Md., are leading a group considering how best to use the remaining funds to help small businesses as they begin to reopen.

Rubio is working on legislation that would create new programs to expand uses for the funds, such as allowing lobbying groups to apply as well as directing more money to certain businesses that prove they were affected by the pandemic.

According to a draft copy of the bill that was obtained by The Washington Post, the legislation would also set aside $25 billion for businesses with fewer than 10 employees and formally prevent hotel or restaurant chains from receiving more than $2 million total. He would need to reach an agreement with House Democrats before any deal could be signed into law, however, and they have been calling for a range of other economic responses to the coronavirus pandemic.

The PPP disbursed hundreds of billions of dollars to small businesses, but it also faced criticism because of some of its recipients. Publicly traded chains early on reaped millions, prompting more than $38 billion to be returned to the government after the administration condemned well-capitalized firms for taking funds.

Asked Monday afternoon whether the PPP deadline ought to be extended, Rubio said he would consider that but was leaning toward providing new programs to meet businesses’ changing needs as parts of the country are able to reopen.

The idea behind the repurposing of leftover funds would be to better target money to businesses that need it and allow them to use more of it on capital expenditures as they move toward reopening. Restaurants, for instance, could use funding to build sidewalk seating or reconfigure their dining rooms for social distancing.

“PPP has been widely successful. There are more companies that could benefit from it. It would be great if extending the deadline would help them. But my sense is the greater need right now is in companies that have received that assistance but now need new or different kinds of assistance,” Rubio said.

Though the administration has not yet released detailed data on the PPP’s effectiveness, the Treasury Department and the Small Business Administration, as well as many economists, credit it with saving millions of jobs. Borrowers snapped up the first $349 billion Congress approved just 13 days after the program’s April 3 launch.

Two months after a second, $310 billion round launched, more than a quarter of the money remains available despite record-high unemployment, more than 100,000 small-business closures and growing projections that the ill economic effects of the pandemic will extend through next year. Interest in the program was tempered in recent weeks as many companies opted against taking on additional debt as the rules of the program kept changing.

Borrowing from the program has slowed to a trickle despite Congress and officials at Treasury and the SBA repeatedly loosening the rules to allow more companies to receive funds and making it easier for borrowers to have the loans forgiven and turned into grants, as most are.

Jonathan Miller, an accountant in Tucson, said he got a PPP loan to cover eight weeks of payroll while his company’s five employees worked from home. He said the extra funding was critical to maintaining economic stability during a period when his clients – who include doctors and other sole proprietors – were in a state of economic turmoil.

But now that his business is past the initial shock of the economic downturn, his biggest problem is that some of his clients are going out of business. He said he is worried about how to prepare for yet another downturn, as spiking coronavirus cases in his state could lead to more closures.

“I think they’re going to have to do something else as far as economic stimulus, because there’s still a lot of uncertainty as far as what happens next,” Miller said. “We need to have the systems in place so that small businesses can continue to stay open.”

Congress is expected to take up further legislation to confront the pandemic in late July. Treasury Secretary Steven Mnuchin has previously expressed support for additional economic measures, telling a congressional panel June 10 that he felt another round of financial assistance would be necessary.

“We’re open-minded, but we absolutely believe small businesses – and by the way many big businesses in certain industries – are absolutely going to need more help,” he said.

A major change between the PPP and Rubio’s new proposal would be a further expansion of allowable expenditures, something the hotel industry has been pushing for since early in the pandemic.

Because travel was one of the earliest industries hit by the pandemic and is expected to be one of the last to recover, the PPP’s focus on bolstering payroll expenses for an initial eight-week period (a time frame that was later extended) isn’t likely to help hotel owners who are struggling to pay their mortgage and utilities. Many hotel owners do not know when they will be operating at full capacity again.

Of 2.3 million people who worked at hotels before the pandemic, an estimated 60 percent remain unemployed, Chip Rogers, president of the American Hotel & Lodging Association, said in a statement. He said a full recovery is not expected before 2023.

“We want to get them all back to work, but with travel not expected to recover quickly, additional stimulus is imperative to keep the majority mom and pop small businesses afloat,” he said.

Members of Congress plan to consider new coronavirus responses when they return to work later in July, despite pleas from Democratic leaders that negotiations begin more quickly. Asked Monday how close he is to a deal with Democrats on creating the new programs, Rubio said: “I’d say we’re close on a lot of the details, but like always the ones that are left open are probably the hardest ones to confront. But conceptually the answer is yes.”