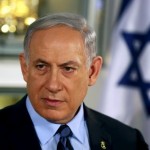 Gloating over the news that there is enough support for the Iran nuclear agreement to avert any Senate override of an Obama veto, Gwenn Ifill, PBS Newshour anchorwoman and moderator of Washington Week, tweeted:

Bibi, of course, is Benjamin Netanyahu, to whom the citizens of Israel have entrusted their security by voting to have him serve as Prime Minister three times.

While there is legitimate debate over Prime Minister Netanyahu’s gloomy assessment of the agreement, all who care about Israel’s future share his concern over whether the agreement will impede or aid Iran in its pursuit of nuclear weapons. The Islamic Republic’s leaders have repeatedly promised to annihilate the Jewish state.

There is no doubt that Netanyahu’s opposition to the Iran nuclear agreement is based on his firm conviction that the agreement seriously jeopardizes the future of the eight million Israelis.

Gwenn Ifill does not merely mock Netanyahu; because he represents the citizens of the state of Israel, the world’s only Jewish state, she taunts every Israeli and every Jew who dreads what Iran might do if the agreement turns out to be as flawed as its detractors claim.

Ifill earns her living on taxpayer supported public television. PBS newshour and Washington Week are generously funded by many foundations. Washington Week lists Prudential, Newman’s Own and the Corporation for Public Broadcasting [CPB] as major donors. Along with CPB and PBS, Newshour lists the following sponsors: