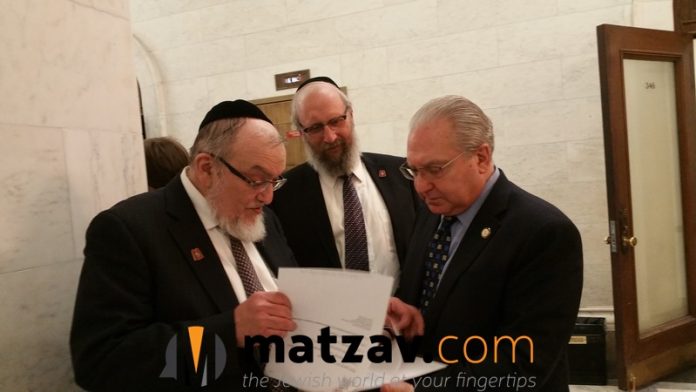 Agudath Israel of America continued its months-long effort on behalf of New York State’s nonpublic students with a day of advocacy in the state’s capitol this past Tuesday. These meetings were part of an ongoing campaign in advance of the legislature’s upcoming budget negotiations.

A team of Agudath Israel activists spent a full day in Albany building support with legislators for tuition relief and other education-related bills that would greatly benefit the Orthodox Jewish community. These include a Tax Education Credit bill for struggling parents; enhanced government funding for immunization record-keeping in nonpublic schools; reimbursement for mandated services; monies for expansion of handicap accessible facilities; and increased funding for safety and security equipment.

“With the yeshiva population of New York State exceeding 140,000, education concerns are our top priority; we consistently emphasize that with legislators,” noted Rabbi Lefkowitz.

Tuesday’s one-on-one discussions were part of a broader landscape of meetings between Agudath Israel representatives and elected officials. Both in the halls of government and in the home districts of various legislators across the state, the growing team of Agudah advocates continues to cultivate the relationship between Agudath Israel and lawmakers.

“The high regard for Rabbi Lefkowitz and the Agudah was demonstrated as he was invited by presiding Senate officer, Senator Elaine Phillips, to open the Senate session with an invocation,” noted Mr. Chaskel Bennett.

After remarking that the highlights of the Torah Portion Jews read this week are the “Ten Commandments,” Rabbi Lefkowitz offered his prayer that “these traditional values will continue to provide the framework for the auspicious work of this dedicated group of Senators… May you all be blessed with the ability, strength and good health to continue to lead us.”

His words were greeted with a resounding “amen.” 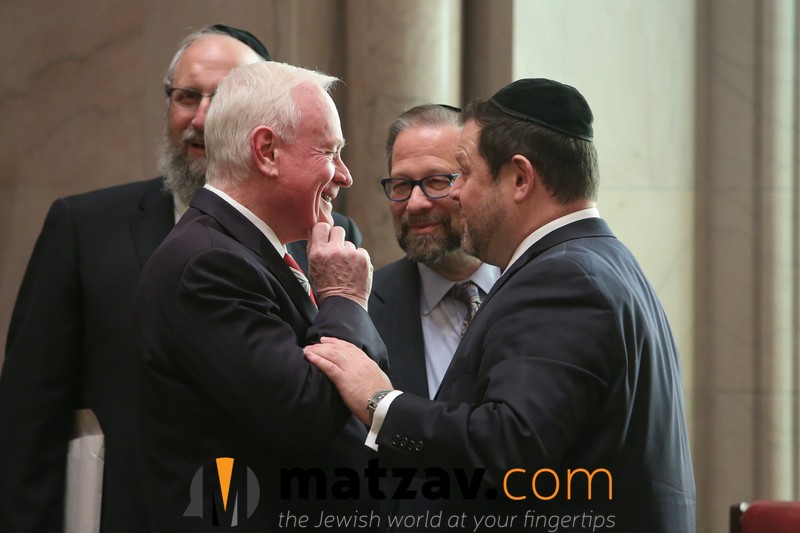 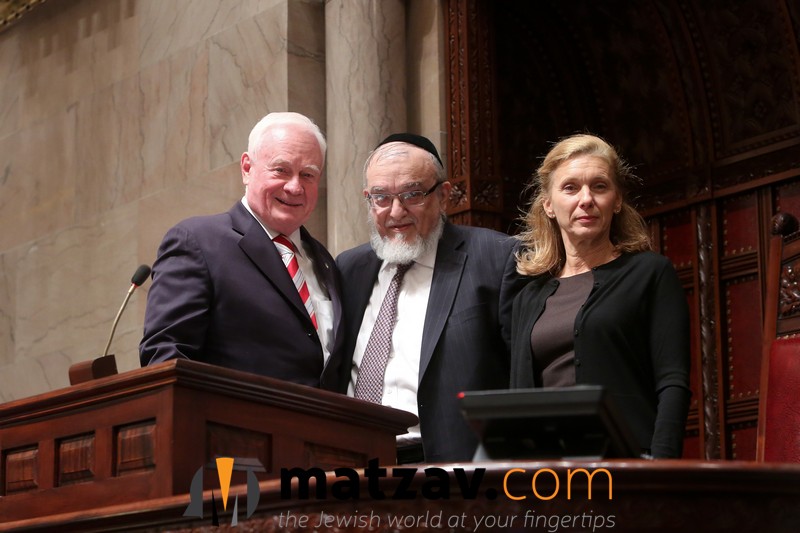 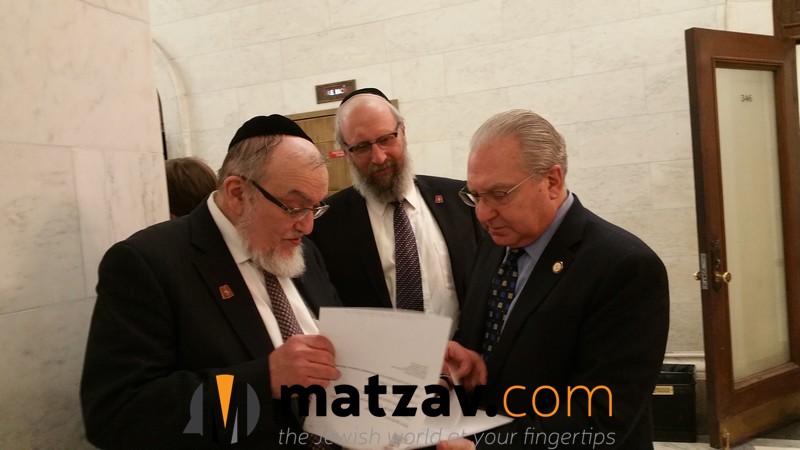 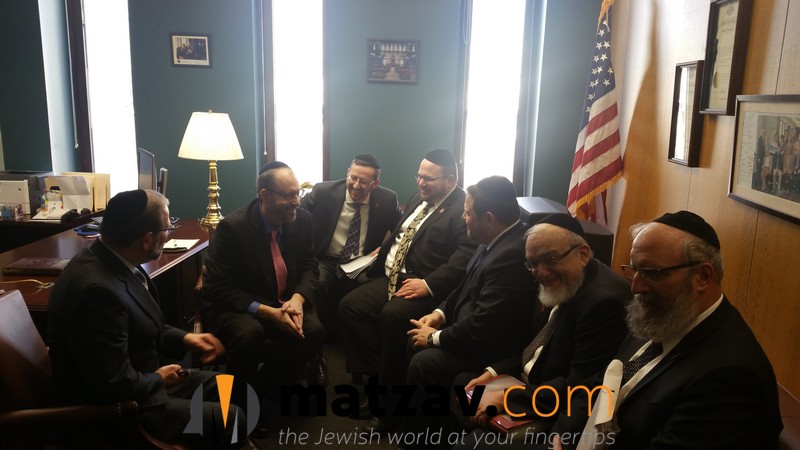 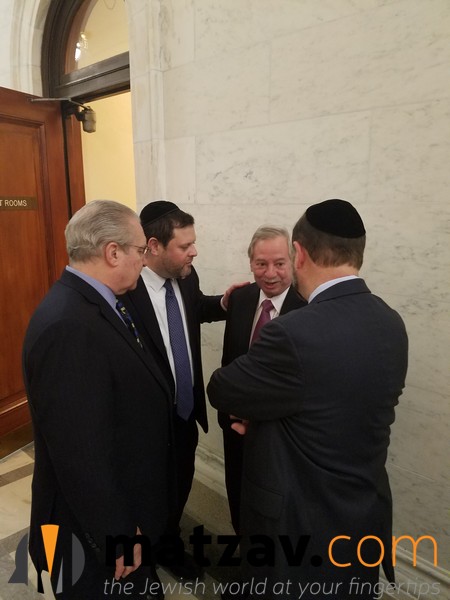 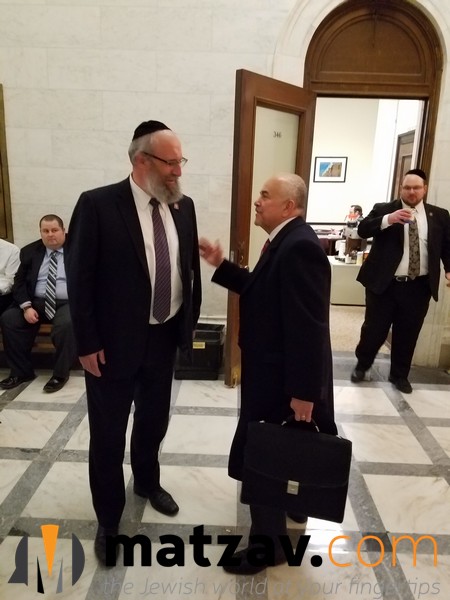 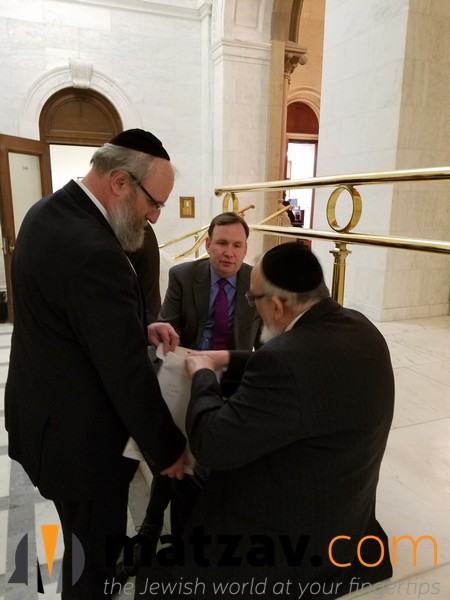 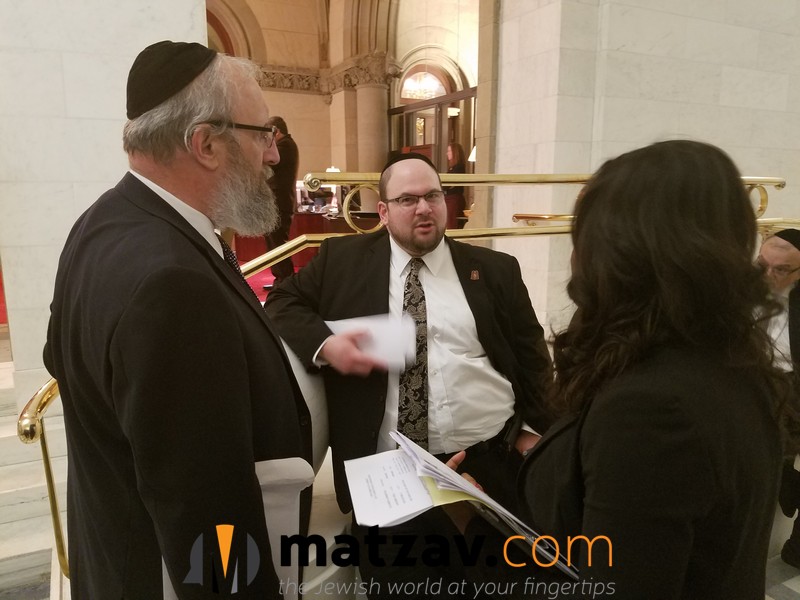 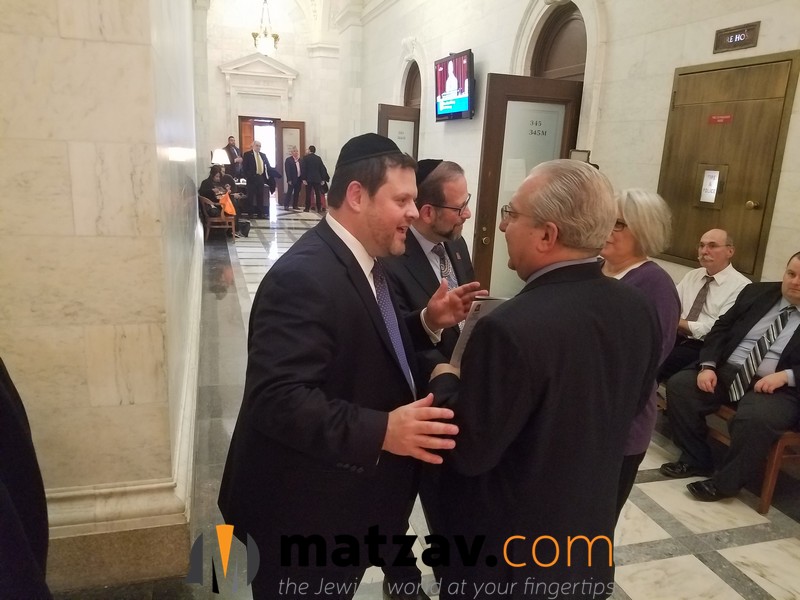 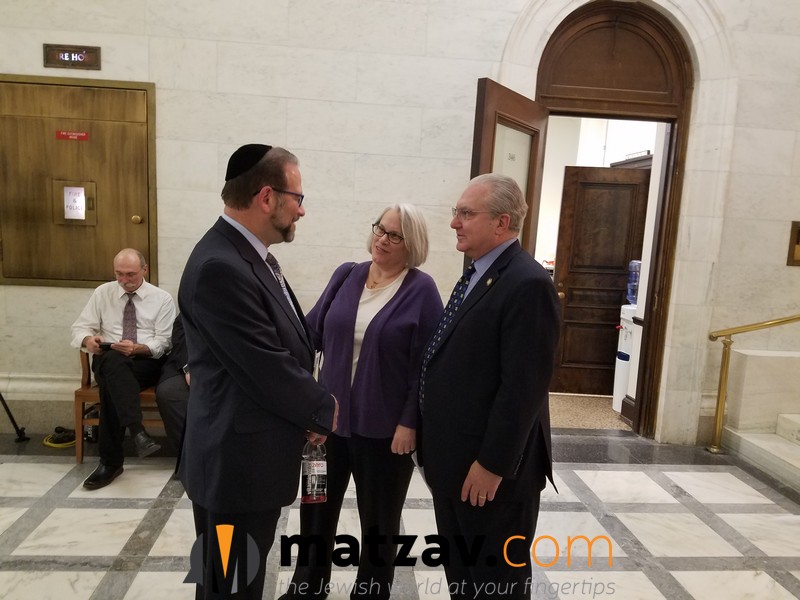 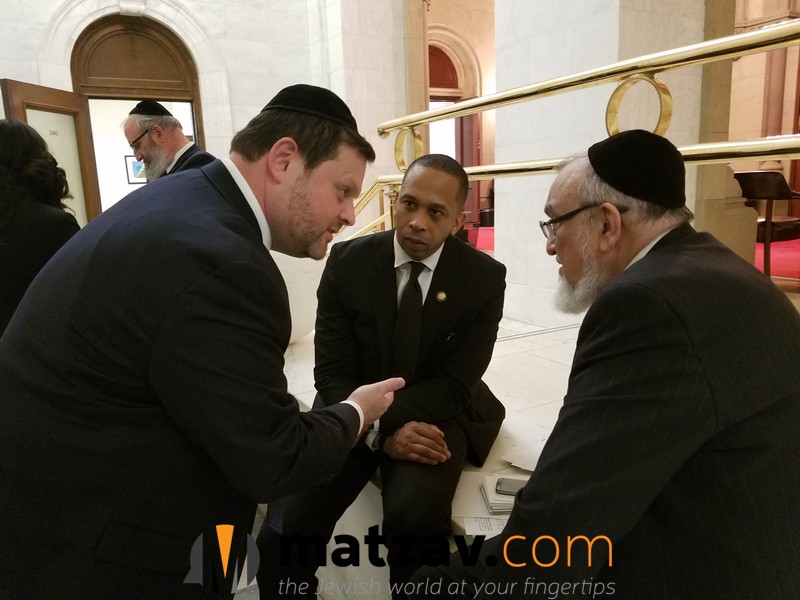 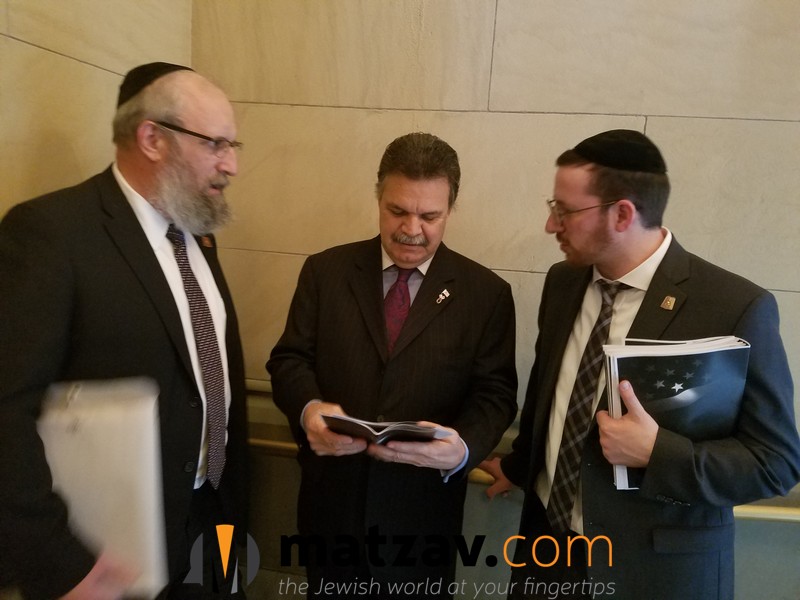 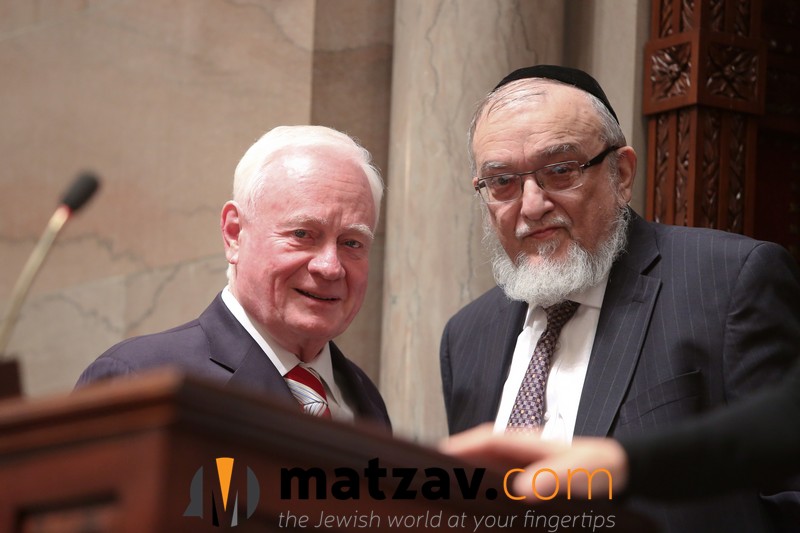