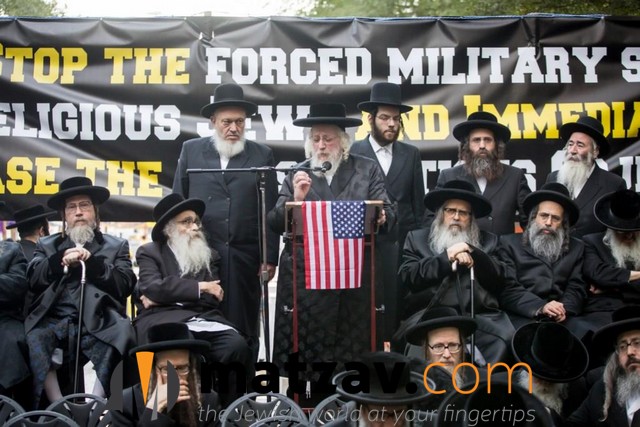 Yesterday, a protest in front of the United Nations in New York during the UN General Assembly drew thousands of Satmar Chassidim, led by Rav Zalman Leib Teitelbaum, Satmar Rebbe of Williamsburg.

The protest was held during the speech of Israeli Prime Minister Bibi Netanyahu to demonstrate against what organizers called the “religious decrees” and “forced army conscription” in Israel.

Earlier, Satmar’s Hisachdus Harabbonim of the US and Canada issued a call for its adherents to attend the demonstration in front of the UN building. A letter encouraging participation said that in light of the “terrible decrees” in the Holy Land “against religion and the holy Torah…we must summon the entire world against the evil ones.”

Some of the attendees carried signs protesting the State of Israel.

Speakers at the asifa addressed the crowd from a shtender to which an American flag was affixed. 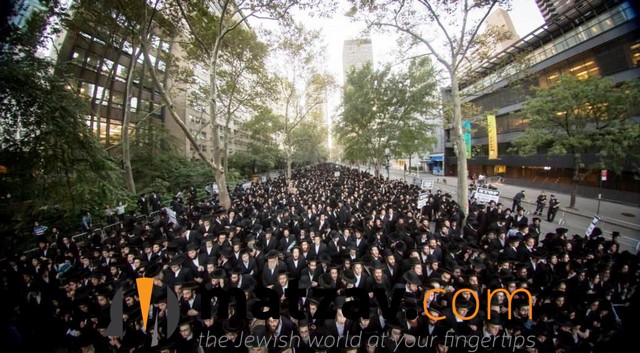 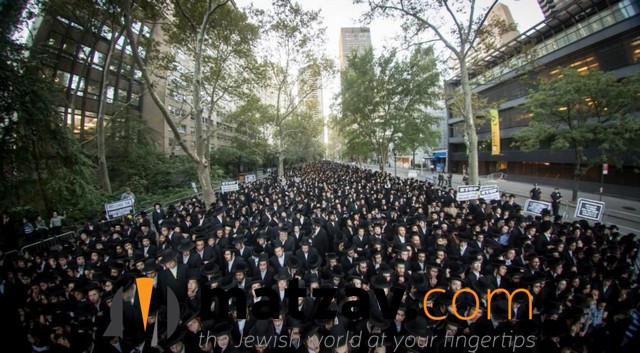 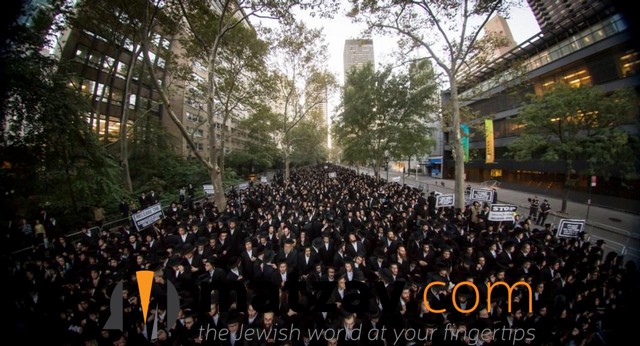 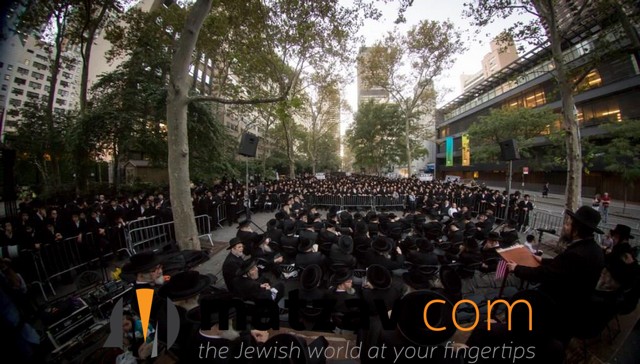