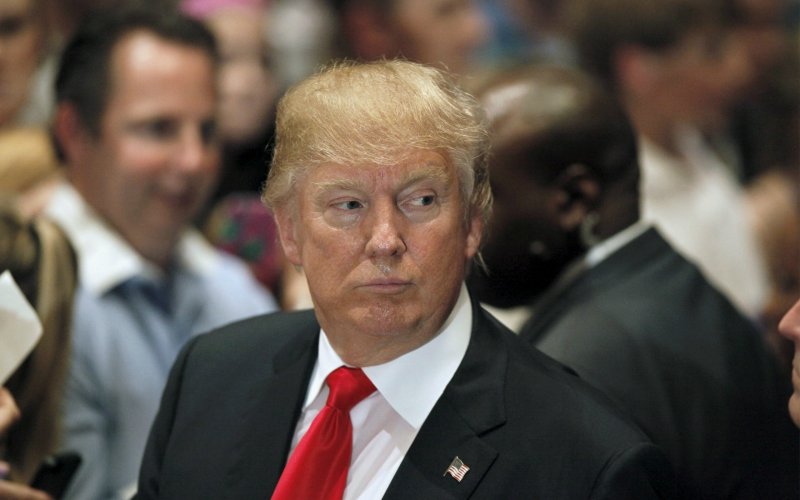 Pope Francis told reporters traveling back to the Vatican with him that Republican presidential contender Donald Trump is “not Christian,” CBS News reports.

At the conclusion of his trip to Cuba and Mexico, Francis said, “A person who thinks only about building walls, wherever they may be, and not of building bridges, is not Christian. This is not the gospel.”

The Pope still cautioned that he would not feel comfortable advising Catholics about how to vote. Trump had criticized Francis as a “very political” person for visiting the Mexican border as part of his North American trip.

In response to the pontiff, Trump fired back that “when the Vatican is attacked by ISIS, which as everyone knows is ISIS’s ultimate trophy, the Pope can have only wished and prayed that Donald Trump would have been president because this would not have happened, ISIS would have been eradicated.”

“If and when the Vatican is attacked by ISIS, which as everyone knows is ISIS’s ultimate trophy, I can promise you that the Pope would have only wished and prayed that Donald Trump would have been President because this would not have happened. ISIS would have been eradicated unlike what is happening now with our all talk, no action politicians.

“The Mexican government and its leadership has made many disparaging remarks about me to the Pope, because they want to continue to rip off the United States, both on trade and at the border, and they understand I am totally wise to them. The Pope only heard one side of the story – he didn’t see the crime, the drug trafficking and the negative economic impact the current policies have on the United States. He doesn’t see how Mexican leadership is outsmarting President Obama and our leadership in every aspect of negotiation.

“For a religious leader to question a person’s faith is disgraceful. I am proud to be a Christian and as President I will not allow Christianity to be consistently attacked and weakened, unlike what is happening now, with our current President. No leader, especially a religious leader, should have the right to question another man’s religion or faith. They are using the Pope as a pawn and they should be ashamed of themselves for doing so, especially when so many lives are involved and when illegal immigration is so rampant.”