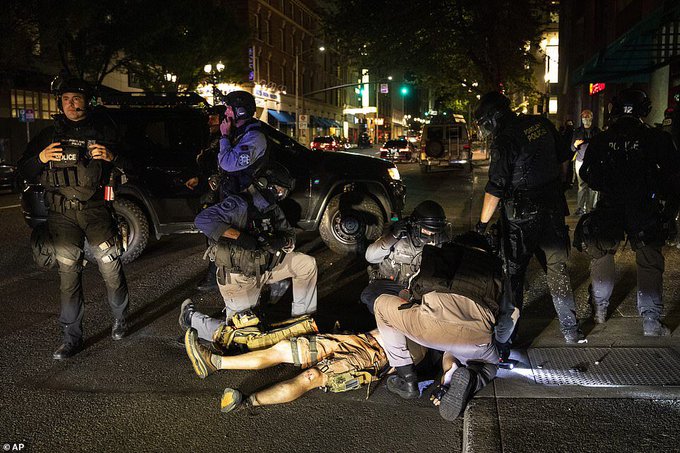 Violent clashes between a massive pro-Trump caravan that drove through Portland, Ore., and Black Lives Matter protesters left at least one person dead in a shooting Saturday evening, according to reports.

Video posted on social media showed a person suddenly dropping to the ground, and others rushing to assist, after what appears to be gunfire near an intersection as vehicles and pedestrians pass by.

Portland police said they were investigating a homicide in the area where the pro-Trump group and counter-protesters clashed but did not say whether the gunfire was directly related to the protests.