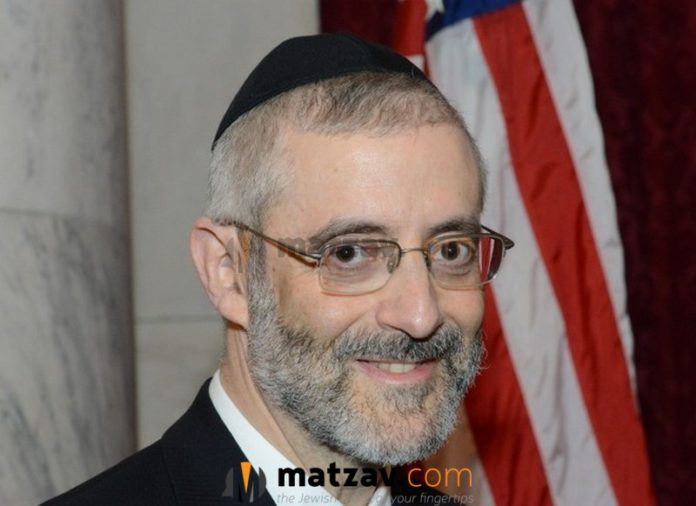 A high res version of the image above is available for download here or by clicking on the image.
The unhappy news arrived late yesterday afternoon that a federal judge had denied a motion to prohibit Governor Andrew Cuomo from closing down overnight camps across New York State, thereby putting the proverbial nail in the coffin on this summer’s overnight camping season in New York.

While it is true that some of the overnight camps have relocated to other states, and that some others have recreated themselves as day camps, the bottom line remains that hundreds- if not thousands -of children whose parents were counting on having them spend the next weeks in overnight camp now face the prospect of having no structured program for the hot summer months ahead. To these families, yesterday’s court ruling is an absolutely crushing blow.

The pill was difficult to swallow for us at Agudath Israel as well. Not just because of the displacements suffered by the Agudah’s renowned network of “Ruach Country” summer camps – though those displacements are substantial. And not just because we have had to disappoint many families that have been longtime Agudah camp “customers” – though the disappointment was palpable.

What made the court’s ruling especially painful to Agudath Israel was the fact that, at the urging of our rabbinic leadership and other prominent menahalim and mechanchim, we had placed special emphasis in our advocacy efforts on getting the camps up and running.

To be sure, overnight summer camps have always played an important role in the ruchniyus’dig development of our youth. This year, however, after three difficult months of yeshiva shutdown, the urgency of getting children into immersive 24/7 structured camp programs was greater than ever. Recognizing this, Gedolei Yisroel, Roshei Yeshiva and Rabbonim charged the Agudah to take an active role in persuading Governor Cuomo to allow overnight camps to open.

We faithfully tried to meet that charge.

Under the banner of AJCO (the Association of Jewish Camp Operators – an umbrella group formed by Agudath Israel to represent the interests of the Jewish camping community), our group developed a detailed plan, endorsed by a group of prestigious infectious disease specialists and other prominent medical professionals, that would enable the camps to open with the safest possible environment for children.

Under the leadership of Agudath Israel’s board chairman Shloime Werdiger, with the help of Assemblyman Simcha Eichenstein who played a major role in the advocacy efforts, and with the participation of representatives from across the broad spectrum of the Orthodox camp universe, we arranged no fewer than three meetings with the Governor’s top staff.

And then, after the Governor finally announced his decision to shut down the overnight camps, we convened with the camp representatives and decided to go to federal court in a last ditch effort to vindicate our community’s rights by obtaining a TRO (Temporary Restraining Order) preventing the Governor from shutting down the camps. We did so with great reluctance – the mesorah of Agudas Yisroel is that suing a government official is always a last resort option, to be exercised only in exceptional situations – but this clearly qualified as such a situation.

And so, we were deeply disappointed when news of yesterday’s ruling came in. We were reminded, though, of a letter of chizuk that the Rosh Hayeshiva Rav Yitzchok Hutner zt’l wrote some 50 years ago to legendary Agudah leader Rabbi Moshe Sherer z’l after the Supreme Court had rejected an important argument we had advanced regarding a matter of great importance to the community. The Rosh Hayeshiva told Rabbi Sherer that there was no reason to be down, for our job in this world is to do, not to accomplish; only Hashem accomplishes: tzu tuhn, nit tzu oiftuhn.

In truth, despite our loss in court, we also achieved a great victory, a victory for kvod Shomayim. As the court noted in its ruling, by the time Governor Cuomo issued his decree in the last days of June shutting down overnight camps, virtually the only camps that still wanted to open this summer were the Jewish camps. And the only camps that felt so strongly about opening that they were prepared to challenge the Governor in court were the Jewish camps.

Which tells the world something very special about the Jewish camps – and the Jewish People. To the world, summer camps may be about children swimming and playing baseball and hiking. To us, summer camps are about children learning to connect to Hashem, to develop their spiritual selves no less than their physical selves, to experience the joy of total immersion in Torah learning and Torah living.

Those are things worth fighting for, even after everyone else leaves the playing field.