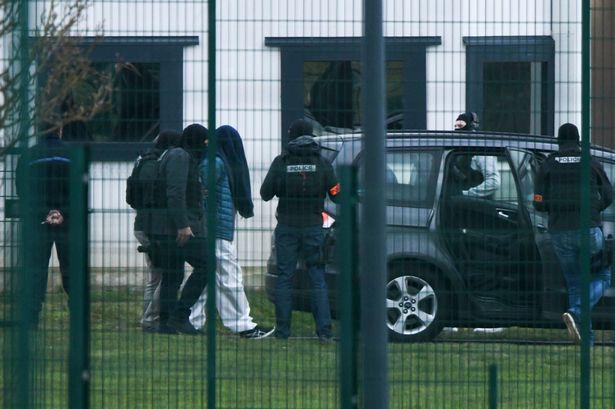 The pregnant wife of a radicalized inmate who helped her husband stab two officers during a visit to a French prison was shot dead by anti-terrorist police on Tuesday.

Michael Chiolo, 27, and his wife had locked themselves inside the ‘family facility’ of the high security French prison for a ten-hour standoff, after he attacked two guards while shouting ‘Alluhu Akbar.’

Chiolo, a Muslim convert who had become radicalised in prison, was serving a 30-year-sentence for killing an 89-year-old Holocaust survivor during a robbery,  used a ceramic knife sneaked into the prison by his wife to attack two guards. Both have since been treated, and neither is in a life-threatening condition.

The Paris state prosecutor said witness accounts suggest Chiolo ‘wanted to avenge’ Cheriff Chekatt, the Islamist terrorist who was shot dead by police after killing five people and wounding 11 at a Christmas market in the eastern French city of Strasbourg in December.

‘He said he was wearing an explosive belt and threatened to use it,’ said a prison source. The belt turned out to be fake.

‘There were explosions, and gun shots, and then the husband was wounded but arrested,’  ‘His wife died from gunfire wounds, however.’