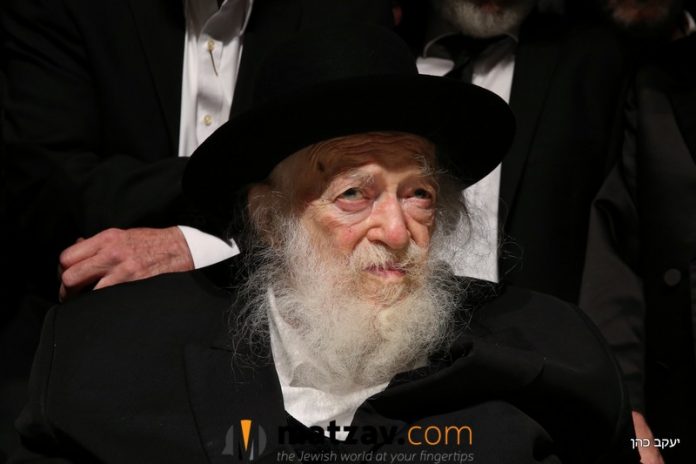 Breaking Israel News reported on a story making its rounds in Israel this week. A young talmid chocham from Chutz L’Aretz visited Rav Chaim Kanievsky on Shabbos and asked the rav if he should apply for Israeli citizenship in order to vote for the Degel Hatorah party in the Israeli elections being held on April 9.

“There is no need,” Rav Kanievsky reportedly responded. “Moshiach will already be here before the elections.”

The young man was unsure that he had heard the rabbi correctly so after he departed from the house, he asked Rav Chaim’s grandson, a venerated rabbi in his own right, to confirm the answer. The grandson entered Rav Chaim’s chamber and asked again: ‘Should the young man apply for citizenship before the elections?’

The Godol Hador responded, “I already told him that there is no need. Moshiach will be here before the elections.”