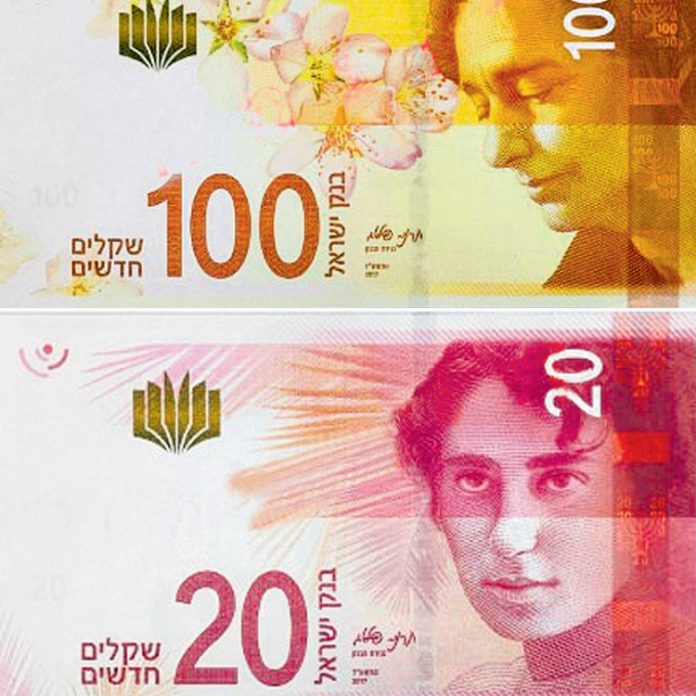 Rav Gamliel Rabinowitz raised a fascinating halachic argument whether these bills are permitted or if perhaps one should be concerned about the prohibition of looking at women.

Rav Gamliel concluded that these bills may be used, but that it is preferable to print banknotes with pictures of tzaddikim, as had previously been done with a bill printed with the image of the Rambam.

A. In most cases, the world does not look at the figures on the coins and bills, but it is done in a moment by giving the note or currency to the seller or the payer.

B. Most of the people who use banknotes are busy depositing or withdrawing money from the bank, and paying and buying.

C. The women who are printed on the banknotes do not know them at all in their lives and did not see their image in their height, nor did they think of it as a reflection at all, and extended it in Responsa Yabia Omer, Ch.

D. The women printed on the notes mentioned had long since died, which leaves room to be mekel

E. These images were made in a dull, inconspicuous manner, with weak colors that are not colored and attractive to the eye.

As an example he brought up a book about the Lubavitcher Rebbe, who allowed the publisher to print the picture of his wife, provided that they printed in black and white, so that there would be no colorful clothes.

Rabbi Rabinovitch states that “according to all the above, there is no fear of using these bills even though they are printed on the form of a woman, and we have already seen the great sages of Israel who used the bills with the Queen of Britain and do not speak out against it.