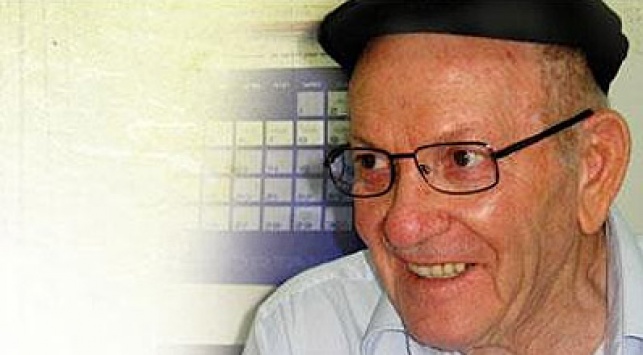 It is with great sadness that Matzav.com reports the passing of Rav Chaim Cohen (Perachia) zt”l, known as “The Milkman.” Rav Chaim, despite his name and profession working for a dairy company, was a respected mekubal and outstanding talmid chochom.

On Shabbos a few months ago, Rav Chaim was taken from his home in Givatayim to Tel Hashomer Hospital, where he was hospitalized after he collapsed and lost consciousness.

The nickname “The Milkman” became known because of Rav Chaim’s occupation as a founder and operator of a dairy in the Givatayim area.

Rav Chaim was born in 1935 to Ezra Eliyahu and Blanca Farhiya-Cohen. His father’s family immigrated to Eretz Yisroel in 1904 from the Ottoman Empire and made cheese and dairy products. In the early 1930s, his father founded a dairy company in Tel Aviv, where Rav Chaim worked.

He got married and had 4 children.

From the age of twenty, Rav Chaim began to work for a living with his family at the dairy company in Tel Aviv that he owned in partnership with his brother Dovid.

He was one of the last of a group of Kabbalists who studied together in the 1960s.

Rav Chaim outwardly appeared like a simple man. He did not grow a beard and did not wear a suit or a hat.

He gave shiurim in Gemara and Kabbalah at the Kollel HaShalom in Givatayim. In addition to the brachos he bestowed, he was also known for his political and general projections.

In March 2013, a man tried to stab Rav Chaim with a knife because he did not remove a spell from him, but the attacker was arrested.

He authored a number of seforim, al haTorah, on the moadim, and other topics that were well received.

His levayah is being held tonight at the Sanhedria Bais Hachaim in Yerushalayim.