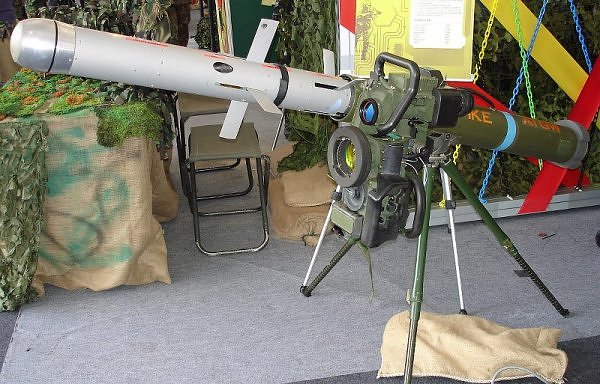 Spike is a portable fire-and-forget-guided missile equipped with an imaging infrared seeker and the HEAT high-explosive anti-tank warhead. The warhead uses a shaped charge that focuses the effect of the explosive’s energy.

As of 2016, Spike—which has medium, long and extended range versions—has been sold to 25 countries worldwide.

Quoting a source in the Indian Defense Ministry, the report said the deal will move forward despite the ministry’s single-vendor policy, which does not support single-source acquisitions.

The Spike deal has been in the making since 2014, and has been deferred several times due to cost—an issue that has now been cleared up, the Indian defense official said, adding, “The Defense Ministry has now forwarded the deal to the Cabinet Committee of Security, which is likely to clear the same [deal]. The deal could then be signed after next month [in May].”

According to a report by the defense analysis website IHS Jane’s, the deal includes the sale of 275 launchers and 5,500 missiles, as well as simulators and the transfer of technological knowledge to India for the purpose of assembling 1,500 systems and producing an additional 30,000 missiles. jns.org