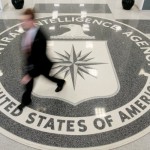 A new report examining the relationship between the American Psychological Association and the U.S. government’s post-Sept. 11 interrogation programs has found that psychologists hoping to curry favor with the Pentagon kept the APA’s ethics policies in line with the torture programs, despite criticism from the CIA’s in-house health professionals.

The 542-page report finds that several prominent psychologists helped protect the CIA’s interrogation tactics and “prioritized the protection of psychologists—even those who might have engaged in unethical behavior—above the protection f the public.”

One former president of the APA, for example, gave the CIA the opinion that sleep deprivation does not constitute torture, and appears to have been rewarded with a small ownership stake in a company founded by two CIA interrogation overseers.

The American Psychological Association issued an apology after the report went public on Friday. “The actions, policies and lack of independence from government influence described in the Hoffman report represented a failure to live up to our core values,” said Nadine Kaslow, an ex-president of the organization. “We profoundly regret and apologize for the behavior and the consequences that ensued.” Read more at the New York Times.