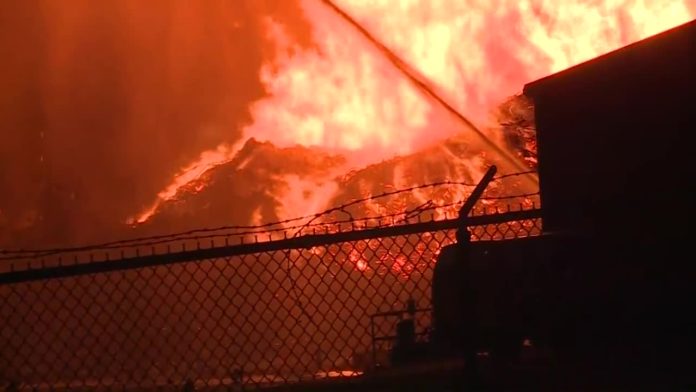 A heatwave combined with strong winds sparked fires throughout Israel on Wednesday, with hundreds being evacuated from threatened areas and 15 homes being damaged by the flames. Firefighters were able to get most of the fires under control towards the evening.

Evacuations took place in several locations, including the towns of Aderet, Neve Michael and Roglit near Jerusalem; Or Yehuda near Tel Aviv; near the Technion-Israel Institute of Technology in Haifa; and in Shavei Shomron in Samaria.

In Or Yehuda, five houses caught fire in the Ramat Pinkas neighborhood, and firefighters had to rescue several residents.

In Moshav Roglit, an institution providing care for people with disabilities evacuated its residents to the Shalva Center in Jerusalem, an emergency center run by the Labor and Social Services Ministry, which is now preparing to absorb the evacuees long-term.

Outside the popular Malha shopping mall in Jerusalem, a fire broke out in a grassy parking area. Firefighters were able to contain the blaze, but not before 10 cars were severely damaged.

Additional fires broke out in the Jerusalem forest; the town of Tomer in the Jordan Valley; the Adam facility in Neot Kedumim; Shoham; Modi’in; Barta’a; Ar’ara; and I’billin.

Temperatures in Israel reached as high as 122 degrees before easing around 5 p.m. That enabled Fire and Rescue Services, which had cancelled all vacations and called up all firefighters,. to overcome most of the blazes.

Winds were strong throughout parts of the day, leading fires to spread quickly, and forcing firefighting planes and helicopters to stay grounded.