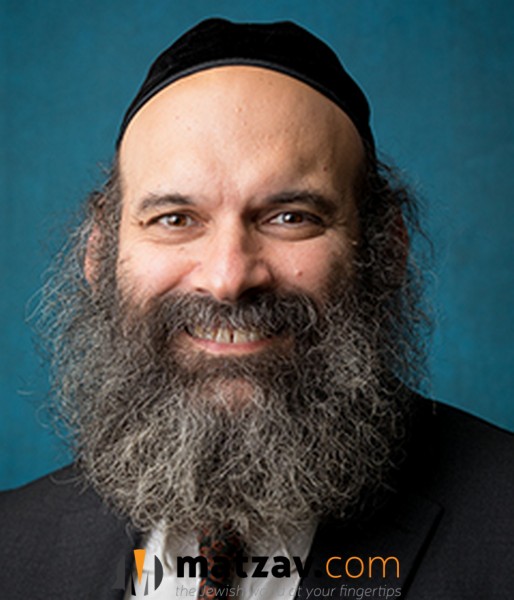 >>Follow Matzav On Whatsapp!<<
Below is a translation of a plea by Rav Mayer Twersky of Yeshivas Rabbeinu Yitzchak Elchanan. Rav Twersky agreed to his talmidim’s presenting a translation, though he was not involved in its preparation.

Furthermore, it is forbidden to delay such violation of the Sabbath for the sake of a person who is dangerously ill, for Scripture says: “Which if a man do, he shall live by them” (Lev. 18:5), that is to say, he shall not die by them (Sanhedrin 74b). Hence you learn that the ordinances of the Law were meant to bring upon the world not vengeance, but mercy, lovingkindness, and peace. It is of heretics – who assert that this is nevertheless a violation of the Sabbath and therefore prohibited – that Scripture says, “Wherefore I gave them also statutes that were not good, and ordinances whereby they should not live” (Yechezkel 20:25).[1]

In our family, we have a tradition regarding the following story: When Rav Chaim Soloveitchik’s oldest grandson (the Rav, Rav Yosef Dov Soloveitchik) was an infant, he became gravely ill and the doctor came to examine him on Shabbos. During the examination, Rav Chaim asked the doctor if he needed more light. The doctor, neither accepting or dismissing Rav Chaim’s offer, replied, “nu, nu.” Immediately, Rav Chaim instructed the family member who was standing closest to the fire to tend to the fire to provide more light. The family member, however, was deterred by the doctor’s neutral answer, and did not immediately comply with Rav Chaim’s directive. Rav Chaim excoriated him: “du bist a am ha’aretz un an apikores — you are an am ha’aretz (ignoramus) and an apikores (heretic)!” Rav Simcha Zelig Rieger, who was also present, then hastened to fulfill Rav Chaim’s directive.

This story is both awesome and instructive; per Rav Chaim, Rambam’s designation —apikores!— includes even one who subscribes axiomatically to the preeminence of pikuach nefesh, but is remiss in acting commensurately. After all, of what value is one’s nominal belief if he does not act accordingly?

The Rav’s penetrating exposition is crucial to appreciating the full ramifications of Rambam’s formulation:

“The saving of a life overrides the commandments of the entire Torah; and he shall live by them and not die by them. Desecrate one Sabbath on his account that he may keep many Sabbaths” [Yoma 85b]. This law is the watchword of Judaism. “An authority who allows himself to be consulted [when a life is in danger] is reprehensible, and he who consults him (rather than speedily acting to save the life in danger) is a murderer” (Tur, Orah Hayyim 328). Maimonides, that master of conciseness, deviated from his regular manner and treated this issue with great elaborateness… [Rav Soloveitchik, in the original, inserts the previous citation of Rambam.]

The teachings of the Torah do not oppose the laws of life and reality, for were they to clash with this world and were they to negate the value of concrete, physiological-biological existence, then they would contain not mercy, lovingkindness, and peace but vengeance and wrath.[2]

One who makes light of the mandate of pikuach nefesh is not only making light of one isolated halacha. Rather, he is guilty of distorting and perverting the entire Torah. His flippancy depicts the laws of the Torah not, r”l, as “merciful, kind and just,” but as vengeful and vicious. It goes without saying that such a distortion constitutes a chillul Hashem.

I write the following without pretensions; I know all too well that I am sorely lacking in Torah, yirah, and ma’asim tovim, and am wholly unqualified to address — or take a stance on — issues which are the province of Gedolei Torah. Chazal, however, adduce a clear halachic mandate from the pasuk in Mishlei (21:30), “There is no wisdom, no insight, no plan against Hashem” that “in a situation of chillul Hashem, we do not defer (our attempts to redress the chillul Hashem) out of respect for the rav” (Sanhedrin 82a). Even one as lowly and insignificant as myself is still sensitive to, and pained by, the chillul Hashem which occurred recently as a result of the heretical (per Rav Chaim) flippancy regarding the dictates of pikuach nefesh, and, ipso facto, the concomitant distortion of Torah itself.

When the doctors with relevant expertise — some of whom are observant, God-fearing Jews — alerted us to the dangers of this extremely contagious, frightening disease, their warnings initially went unheeded, and we did not all immediately listen to their pleading. Baruch Hashem, we did merit that some gedolim and other rabbonim of stature acted to enforce social distancing with all due haste. It is, however, a matter of public knowledge that many prominent, leading rabbonim did not act in this manner. To compound matters, even when we belatedly heeded the calls for social distancing and isolation, we then characterized our compliance with these measures –regretfully!– as a concession to outside entities instead of our complying with the mandate of pikuach nefesh. This (mis)characterization of our motives also caused distortion and perversion of the Torah.

Moreover, mischaracterizing our compliance with social distancing as a mere capitulation to the standards of outside entities had significant practical ramifications. The standards of all outside entities do not value life as absolutely as does the Torah. Tosafos (Yoma 85a) comment, “‘You shall live through them and not die due to them’ [means] that we must under no circumstances allow for the death of a Jewish person.”Woe is to the eyes that saw, the ears that heard, what transpired in our midst. How can it be that others recognized the reality and hastened to save lives, while some of us were avoidant and resistant? How is it that some of us eventually had to be compelled by others to fulfill the Torah’s mandate of “v’chai bohem?” Isn’t our charge “lishmor v’la’asos — to guard and carry out” mitzvos? What of the Torah’s depiction of a universal recognition (an organic result of scrupulous performance of, and fealty to, the mitzvos) that Hashem‘s nation is a wise and discerning one, am chacham v’navon? This, too, has intensified the chillul Hashem. In addition to a perversion of Hashem‘s Torah, there has been a perversion of the image of Hashem‘s nation.

While nothing else compares to the gravity of chillul Hashem, we must not ignore other severe consequences of our failures on this front. The chillul Hashem stemmed from the flippant attitude adopted to an immense danger to life. Who can possibly measure the dreadful ramifications of this attitude? Only God Himself can truly know.

At this juncture, our obligation is twofold. We must mend — to the extent that such is possible — the mistakes of the past, while simultaneously, prospectively, charting a communal path which accords with the authentic Torah position.

Regarding the past mistakes, we are obligated to publicly declare our guilt in having been willingly blind and deaf to the manifest reality and being shockingly flippant about the immense danger posed by that very reality. As for the future, we must emphasize — clearly and decisively — that the Torah demands our absolute alacrity in the face of danger to life. We must not look for pro forma loopholes or so-called solutions which –at best– may mitigate, but certainly will not eliminate, the dangers of this disease. The Torah absolutely condemns and forbids acting in a way which – under any circumstances – may allow for the death of a Jew.

If we take these steps, perhaps we can demonstrate to the world that our previous intransigence, opposition, and tarrying in the face of mortal danger is not the derech haTorah, but that the laws of the Torah are merciful, kind, and just, and that we, Hashem‘s nation, the sheep of His flock, are in fact truly wise and discerning.

May Hashem, in His great mercy, pity and save us speedily in the very near future.