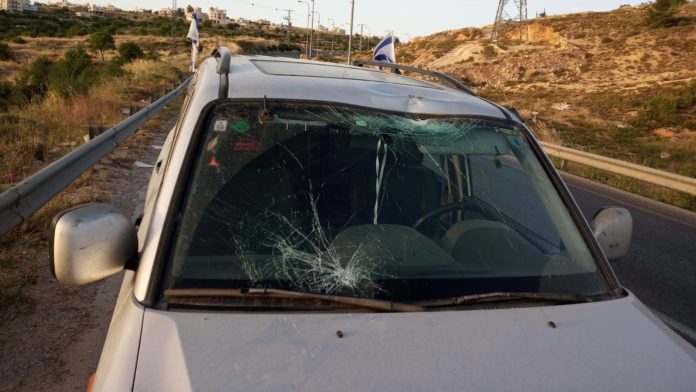 More attempts to murder Jews have been reported, as stone attacks continue throughout Israel.

Arab terrorists hurled rocks at vehicles on the Gush Etzion road in Chevron with damage  caused to the windshield of one of the vehicles. The driver was slightly injured by shrapnel.

In another case, at approximately 05:30 am, Arabs threw stones near Deir Abu Mash’al, northwest of Ramallah. One of the vehicles was damaged, but no injuries were reported.