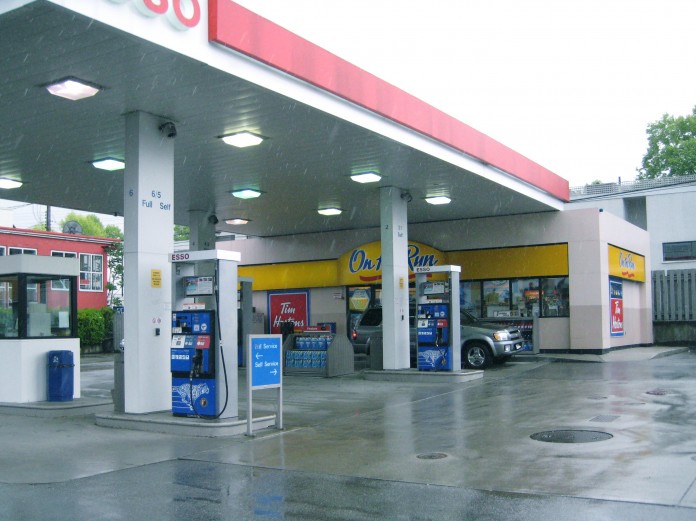 Attacks on crucial Saudi oil installations crippled the world’s second-largest oil producer and sparked new geopolitical tensions – but how much pain consumers feel will hinge on how long it takes normal output to return, experts say.

The weekend drone strikes marked the biggest disruption to Saudi Arabia’s oil industry since the early 1990s, but if crude stockpiles can tide over global markets and production bounces back quickly, the episode will have a negligible effect on pump prices.

But should the recovery take weeks or months, the impact could be far-reaching and lasting. Higher fuel prices can not only motivate consumers – the main drivers of the economy – to cut spending elsewhere, they ultimately reach nearly every corner of the economy by raising the cost of doing business – particularly for airlines, cruise ships, railroads, utilities and retailers.

State-run Saudi Aramco churned out 9.85 million barrels per day in August, according to the U.S. Energy Information Administration. But Saturday’s attack on an oil processing plant and nearby oil field forced the kingdom to suspend production of 5.7 million barrels of crude, or nearly 6% of the 100 million barrels the world consumes each day.

The situation weighed on Wall Street, pushing the Dow Jones industrial average down more than 165 points before the benchmark index recovered somewhat. The Dow was down about 125 points, or nearly 0.5% in early afternoon trading. The Standard & Poor’s 500 and tech-heavy Nasdaq composite also trended lower by about 0.3%.

The company initially said it hoped to restore a third of that lost production – about 2 million barrels – by Monday, and it’s given no timetable for a full recovery.

Consumers could be looking at a 10- to 25-cent increase in gas prices in the coming weeks, said Ed Moya, an analyst with OANDA. Though such an jump would be relatively modest, it would come at an unwelcome moment, threatening the U.S. economy’s most powerful engine amid mounting fears of a slowdown.

“All the sentiment indicators have been softening, and any pressure on the consumer could derail the case for higher equities we’ve seen in recent weeks,” Moya said.

Consumer spending powers about 70% of the U.S. economy, and retail sales rose in August, even as other key economic indicators weakened under the weight of the trade war.

The U.S. manufacturing sector contracted in August for the first time since 2016, and the Commerce Department recently revised second quarter economic growth estimates because growth had slowed more than previously thought. Meanwhile, constant trade tensions and signs of a slowdown are sending investors into the bond market in droves.

Falling demand had sent gas prices lower after Labor Day, so consumers should be able to bear a short-term surge in prices more easily. On Monday, the average price for a gallon of gas in the U.S. was $2.564 according to AAA, about 28 cents lower than a year ago.

“Oil price spikes due to geopolitical crises in the past have had a depressing impact on U.S. consumers when they filled up their tanks,” said Ed Yardeni, president of Yardeni Research. “It costs them a few more bucks when they fill up, and so consumers hunker down and cut spending in other areas. That hurts the economy.”

Moya estimated that an increase would last a month or so, provided that political tensions ease and there are no further attacks. Officials have said Saudi Arabia’s oil stockpile will allow it to meet export obligations for several weeks while Aramco recovers, and OPEC and Russia are holding off on unleashing additional supplies for now despite the magnitude of disruption.

If Saudi production doesn’t recover quickly, there will be implications for other consumer travel costs. In 2018, the global airline industry spent $180 billion on fuel, accounting for 23.5% of operating expenses, according to the International Air Transport Association.

“The hardest hit on this price surge is the cruise ships and the airlines,” Moya said. “I think you’d see bit of a waiting period, but those costs would be passed on. You’re definitely going to see that weigh on the consumer.”

Carnival Corporation, United Airlines and Southwest Airlines were all down more than 1.5% in premarket trading. Delta Air Lines was down 2.25%.

Crude oil prices soared nearly 20% Monday in the largest-ever intraday jump, then declined some. Brent crude was up 10% at markets’ open, trading around $66 a barrel.

On Sunday, President Donald Trump announced via Twitter that he had authorized the release of a yet-unspecified amount of crude oil from the Strategic Petroleum Reserve to “keep the markets well-supplied.” The 600 million barrel reserve is tapped only in extreme circumstances, and it takes 13 days for SPR oil to hit markets after a presidential decision.

“Make no mistake: the loss of more than 5% of the world’s supply is a supply emergency,” said Bob Tippee, chief editor of Oil & Gas Journal. “There have been withdrawals for far less strenuous reasons.”

The U.S. was both the world’s largest producer and consumer of oil in 2018, according to the U.S. Energy Information Administration. In a tweet Monday, Trump insisted the U.S. wasn’t reliant on Middle Eastern oil but would unleash its reserves to help allies.

“Because we have done so well with Energy over the last few years (thank you, Mr. President!), we are a net Energy Exporter, & now the Number One Energy Producer in the World,” Trump tweeted. “We don’t need Middle Eastern Oil & Gas, & in fact have very few tankers there, but will help our Allies!”