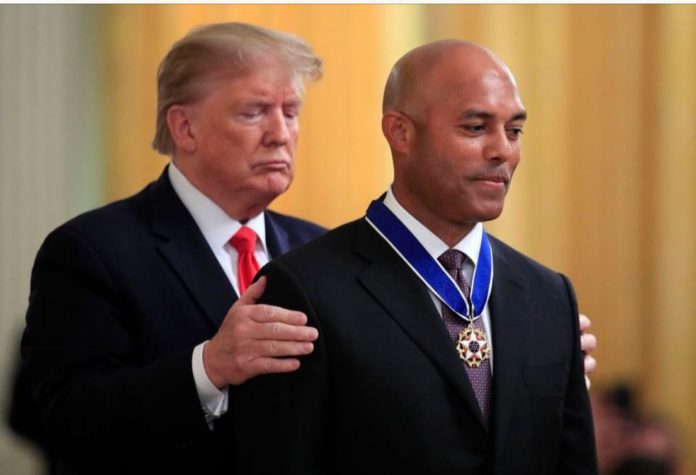 “His dominance on the mound mesmerized fans, teammates and, unfortunately for them, it mesmerized the opponents,” said Trump, calling the Panamanian-born relief ace “maybe the greatest pitcher of all time.”

In brief remarks before the medal was fastened around his neck, Rivera recounted his struggle to learn English during his early years in the minor leagues, and how the experience taught him perseverance, before ultimately bringing him acceptance.

“I’m proud to be an American,” said Rivera, who became a naturalized US citizen in 2015. “For that, I thank God.” Read more at the NY Post.