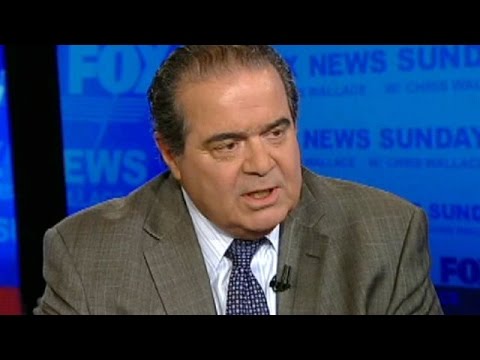 Late Supreme Court Justice Antonin Scalia made it clear to Fox News Channel’s Chris Wallace in 2012 that if he could choose a time to step down from the high court, it would not be when a liberal president could appoint a liberal jurist to replace him, THE DAILY CALLER reports.

“You’re 76 years old. Will you time your retirement so a more conservative president can appoint a like-minded justice?” Wallace asked.

“I don’t now. I haven’t decided when to retire,” Scalia responded.

Wallace asked again, “But hasn’t it gone through your mind ‘That if I retire, I’d like to see…’ You talk about Republicans appointing one kind of justice and Democrats another. You would want somebody who adhered to your view?”

Scalia answered, “Well of course. I would not like to be replaced by someone who immediately sets about undoing what I’ve tried to do for 25–26 years. I mean, I shouldn’t have to tell you that, unless you think I’m a fool.”

Scalia passed away on Shabbos at a Texas vacation ranch in El Paso. He was 79 years old. President Obama announced Saturday he would nominate a judge to replace Scalia “in due time.”