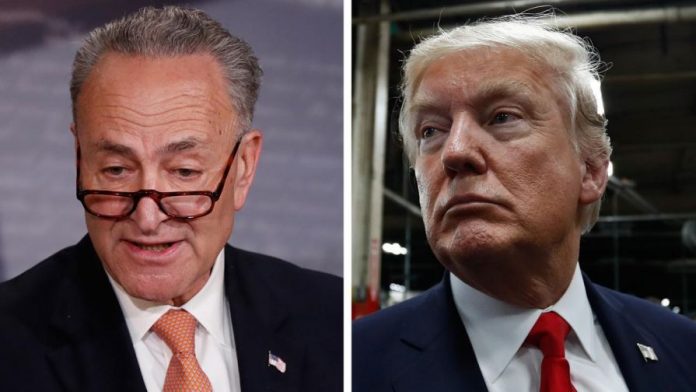 Senate Minority Leader Charles Schumer on Tuesday defended his decision to back a spending measure and end the government shutdown without securing protections for certain young immigrants brought to the U.S. illegally as children.

In an interview with MSNBC’s Rachel Maddow, Schumer said that Senate Democrats “cut the best deal” possible in ending the shutdown and getting Senate Majority Leader Mitch McConnell to agree to address the legal protections for the immigrants – commonly called “Dreamers” – in February.

“All of us in the Democratic caucus – not just the moderates but the liberals as well – came to the view that if we carry [the shutdown] on much longer, A.) no one would budge; the public would lose support for the shutdown – the public does not love shutdowns – and we would actually lose support for Dreamers too, because people love the Dreamers but don’t want the government shutdown for it,” he said.