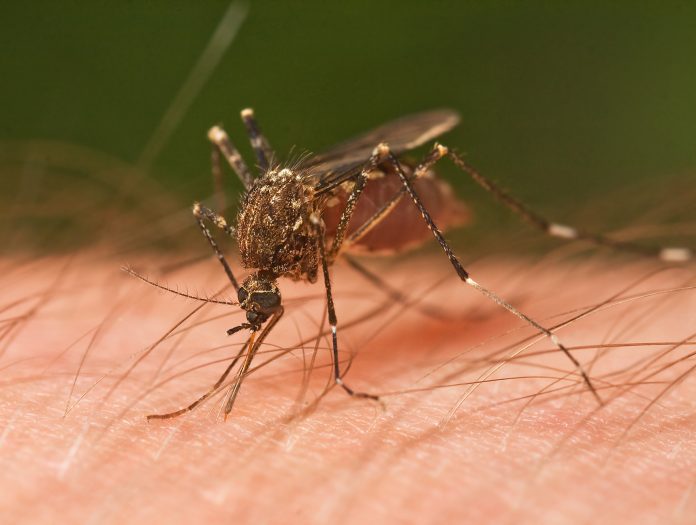 Ever wonder how mosquitoes find you?

Whether you’re playing soccer at the park, hiking in the woods or taking a walk along the beach, everyone knows the tiny buzz next to your ear means that a mosquito is probably near. But have you ever wondered how an insect no bigger than a pea is able to track you down?

Mosquitoes don’t just use one sense to look for dinner. They have a sort of Swiss Army knife of tools that tells them when fresh blood is close by.

“The first thing is that they smell us,” said Clément Vinauger, a scientist who studies mosquitoes at Virginia Tech.

When humans and other animals breathe, they exhale a gas called carbon dioxide, and mosquitoes have sensors that can detect this scent, like a pie cooling on a windowsill.

Mosquitoes also have eyes that can see shades of black and white, as well as movement. Still more sensors allow the insects to zero in on heat.

“The thing is, we didn’t know how they combined all of this information in their brain so that it made sense to them,” Vinauger told KidsPost.

That is, until Vinauger and his team started performing experiments on live mosquitoes.

With a setup that is part virtual reality and part flight simulator, the scientists let mosquitoes fly inside a chamber that offered them different sights and smells and then recorded how they reacted. They also created tiny plastic mosquito helmets that provided images of the insect’s brains, giving insight into how they think.

The result? Vinauger said that when a mosquito gets a whiff of carbon dioxide, the smelling part of its brain begins to send messages to the visual part telling it to be on the lookout for food.

On the other hand, if the mosquito doesn’t first smell something yummy, it doesn’t waste time looking for a meal. The two senses go hand in hand, in other words.

Amazingly, mosquitoes can learn from their experiences.

In another study, Vinauger found that mosquitoes can smell the difference between someone who is sleeping and someone who is awake and trying to swat them. And when he offered a choice between the two smells 24 hours later, the bloodsuckers were smart enough to choose the easier, sleeping target.

Now most people are probably not going to read this and fall in love with mosquitoes. But at the very least, perhaps we should give this insect a little more respect than we do.