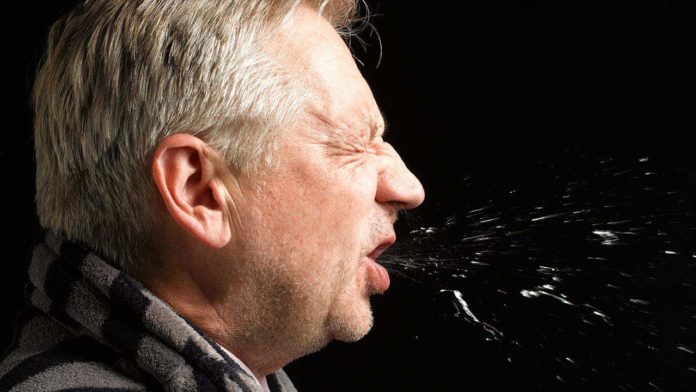 More than 200 scientists from more than 30 countries are urging the World Health Organization to take more seriously the possibility of the airborne spread of the novel coronavirus as case numbers rise around the world and surge in the United States.

In a forthcoming paper titled “It is Time to Address Airborne Transmission of Covid-19,” 239 signatories attempt to raise awareness about what they say is growing evidence that the coronavirus, which causes the disease covid-19, can spread indoors through aerosols that linger in the air and can be infectious even in smaller quantities than previously thought.

Until recently, most public health guidelines have focused on social distancing measures, regular hand-washing and precautions to avoid droplets. But the signatories to the paper say the full potential of the virus to spread via airborne transmission has not been fully appreciated even by public health institutions such as the WHO.

The paper, which was shared with The Washington Post ahead of publication this week in the journal Clinical Infectious Diseases, comes as the WHO faces criticism over its coronavirus response, calls for reform and a U.S. threat to cut funding and withdraw completely.

The fact that scientists resorted to a paper to pressure the WHO is unusual, analysts said, and is likely to renew questions about the WHO’s messaging.

“WHO’s credibility is being undermined through a steady drip, drip of confusing messages, including asymptomatic spread, the use of masks, and now airborne transmission,” said Lawrence Gostin, a professor of global health law at Georgetown University who provides technical assistance to the organization.

He praised the WHO for hosting regular briefings and acknowledged that the organization is in a tough spot because it “has to make recommendations for the entire world and it feels it needs irrefutable scientific proof before coming to a conclusion.”

But he warned that “the public, and even scientists, will lose full confidence in WHO without clearer technical guidance.”

A spokesperson for the organization said it is aware of media reports about the issue and will have technical experts review the matter.

The WHO, which was founded in 1948, is the U.N. agency tasked with promoting global health. It plays a critical role in expanding access to health care, setting up vaccination programs and fighting diseases such as polio.

But its portfolio has grown faster than its budget. And in times of crisis, it has often struggled to lead.

Since the early days of the coronavirus crisis, the WHO and its director-general, Tedros Adhanom Ghebreyesus, have been dogged by questions about whether the agency’s effusive praise for China created a false sense of security and potentially spurred the spread of covid-19.

That criticism has been compounded at various points by questions about its positions on technical issues, including transmission, mask use – and, now, airborne transmission.

The signatories to the paper contend that the virus can still spread through aerosols, or tiny respiratory microdroplets, that infected people cough or otherwise release into the air. In crowded or poorly ventilated indoor settings, this could be especially dangerous, and would account for a number of “superspreading” incidents.

“There is no reason for fear,” said Jose Jimenez, a chemist at the University of Colorado who signed the paper. “It is not like the virus has changed. We think it has been transmitted this way all along. Knowing about it helps target the measures to control the pandemic more accurately.”

Co-author Donald Milton, a professor of environmental health at the University of Maryland, said the WHO’s apparent reluctance to emphasize this aspect of the virus’s ability to spread probably is due to the difficulty of identifying infectious particles that are so small.

“It is easy to find virus on surfaces, on hands, in large drops,” he said in an emailed statement. “But, it is very hard to find, much less culture, virus from the air – it is a major technical challenge, and naive investigators routinely fail to find it. . . .”

Whatever the final verdict on transmissibility, the paper is another headache for the WHO as it seeks to lead the response while fending off months of criticism.

In the early days of the crisis, the WHO repeated Chinese claims on case numbers and transmission uncritically. When questioned, WHO officials defended Beijing, with the director-general, Tedros, going so far as to personally laud Chinese President Xi Jinping’s leadership.

Tedros’ defenders said he was merely being diplomatic. It is true that as a member-state organization, the WHO could not compel China to provide accurate data – or march in to collect it.

But by early February, even the organization’s traditional supporters, including current and former advisers, were expressing concern about the praise, worried that the laudatory tone was undermining other aspects of the response.

In news conferences, Tedros and other top officials tried to deliver an important message – “test, test, test” – but were often pulled off course by questions about the organization’s ties to China.

As the crisis spread from Asia to Europe and the United States, President Donald Trump seized on the critique, using the agency’s treatment of China to divert attention from shortcomings in the U.S. response.

In April, Trump announced that he was freezing all new funding to the organization. In late May, he said the United States planned to withdraw from the organization completely.

Jimenez said the scientists’ purpose was not to hurt the agency but merely to encourage it to consider new information.

“Our group of scientists doesn’t want to do anything that would undermine the WHO as an organization,” he said. “We only want it to adapt its guidance on aerosol transmission to the increasing evidence.”