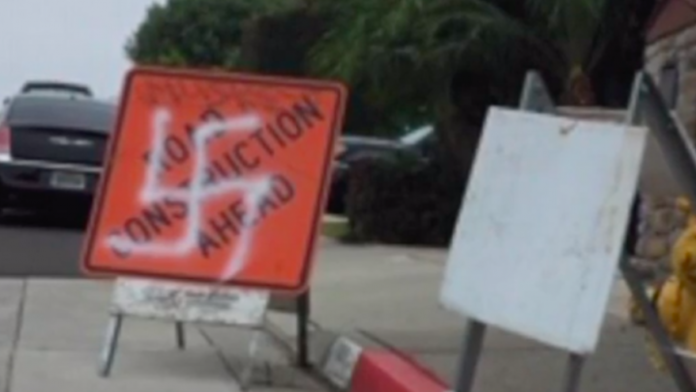 Several spray-painted swastikas and inappropriate words have been found in the popular San Diego Jewish neighborhood of La Jolla. The graffiti was found on sidewalks, the road, constructions signs and even on walls of private homes.

San Diego police are investigating the vandalism, which may be deemed a hate crime, reported ABC affiliate KGTV.

“We were disgusted by what we saw,” Joe Dicks, who noticed the spray-painting on his way to work, told KGTV.

“Look at what the symbol represents,” he said. “Hatred, intolerance, violence. I mean, make no mistake—this is a threat.”

The vandalism occurred a few months after the shooting at Chabad of Poway, just outside San Diego, where one woman was killed and three other people injured.