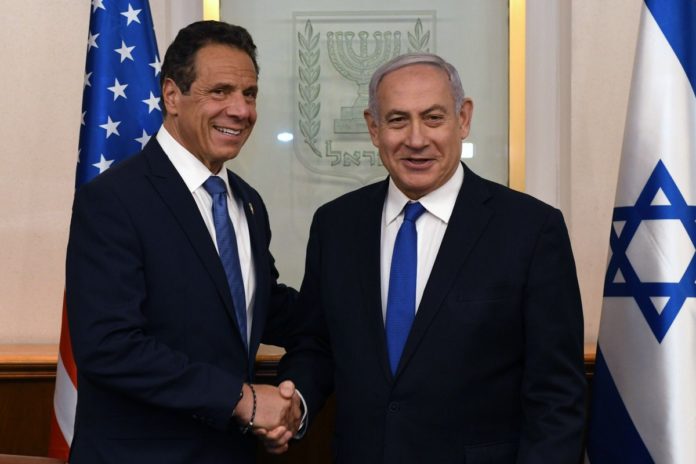 Cuomo arrived on Thursday morning in what is his third visit in his current position.

The Democratic governor and Rivlin talked about fighting anti-Semitism, and the alliance between the Jewish state and the Empire State.

Speaking about Jew-hatred and the anti-Israel BDS movement, Rivlin told Cuomo, “Like you, I am concerned about rising anti-Semitism and appreciate everything you are doing to combat it. We must show absolute opposition to racism and discrimination of any kind. This is also my view on BDS, and we appreciate your Executive Order to withhold funds from BDS supporters.”

Regarding the partnership between Israel and New York, Rivlin told Cuomo, “Every time you come, there are even more areas of cooperation between Israel and New York. We work closely together on technology, cyber, digital health, law enforcement and academia. We also both have densely populated areas that are targets for terrorism and can learn much from each other about this.”

The New York City Police Department “reported an 83 percent increase in anti-Semitism over the last year,” said Cuomo. “Our Jewish community is an intrinsic part of New York State, and we are doing everything we can to fight back.”