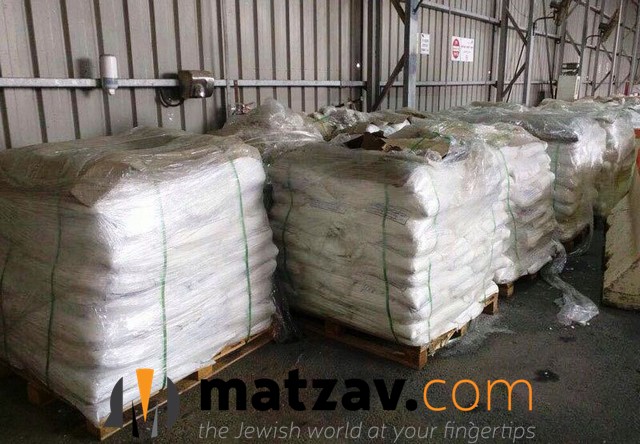 The Shin Bet on Tuesday announced that its forces, along with custom inspectors, prevented four tons of ammonium chloride, enough chemicals that could build hundreds of rockets, from entering Gaza.

The chemicals, hidden in a shipment of 40 tons of salt, were seized before the Passover holiday began, at the Nitzana border crossing used by Egypt, Israel and the Palestinian Authority for transfer of goods into the Gaza Strip.

The Shin Bet believes that the importer of the chemicals is a Gaza resident affiliated with Hamas who was convinced to smuggle in the materials for use in Hamas’ production facilities, particularly for building rockets.

Customs and land crossings personnel have worked together with Shin Bet to foil several plots to smuggle dangerous items that terrorist organizations were suspected of planning to use in the Gaza Strip including sulfuric acid, diving suits, rocket propulsion fuel components, polyurethane, sulfur, fiberglass rolls and especially coarse coal for use in iron smelters and metalwork, the Jerusalem Post reported.