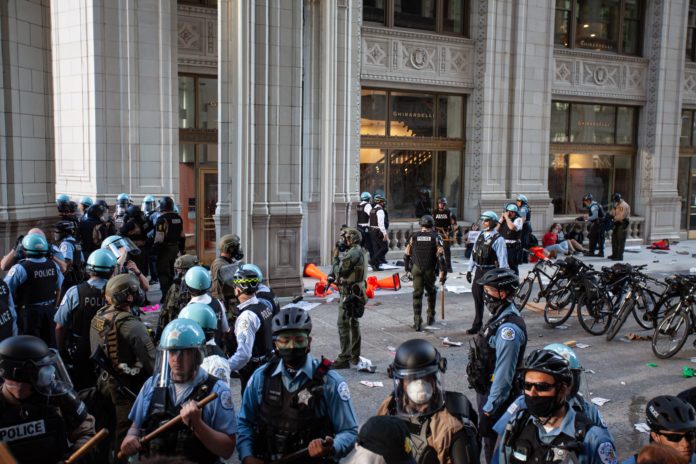 Hundreds of people smashed windows, stole from stores and clashed with police early Monday in Chicago’s Magnificent Mile shopping district and other parts of the city’s downtown.

At one point, shots were fired at police and officers returned fire, police spokesman Tom Ahern said on Twitter. No officers were injured in the shooting.

It wasn’t immediately clear what led to the unrest, which began shortly after midnight, but anti-police graffiti was seen in the area. Hours earlier, dozens of people had faced off with police after officers shot and wounded a person Sunday in the city’s Englewood neighborhood, located about 10 miles (16 kilometers) away. 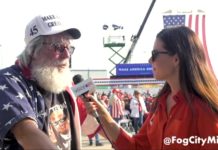 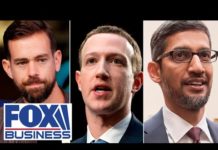