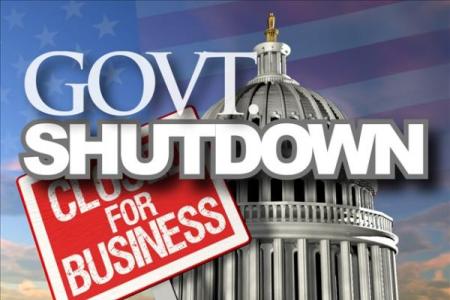 The partial U.S. government shutdown entered its sixth day on Thursday as the White House and lawmakers remain at odds over President Donald Trump’s demands to fund a wall on the U.S.-Mexico border.

–There’s little indication of any imminent agreement to resolve the standoff as the Christmas holiday in the U.S. passed and the new Congress is set to convene next week.

–Trump is demanding $5 billion for the wall, while Democratic leaders have proposed $1.3 billion for border security.

–Congressional leaders remained out of town, while Trump made an unannounced visit to U.S. troops in Iraq.

–The Senate is scheduled to reconvene on Thursday but no schedule has been announced. There are no votes planned in the House. Lawmakers will be given 24 hours notice if there is a breakthrough that would require a vote.

–Trump said during the Iraq visit that the shutdown would last as long as it takes to get the funding he wants for the border wall and additional security.

–The president declined to say what level of funding he’d accept.

–Republicans said they were waiting for a counteroffer from Democrats to the proposal said to have been made by Vice President Mike Pence on Saturday of $2.1 billion for new border barriers, along with $400 million for other Trump immigration priorities.

–Even with most lawmakers out of town, some discussions were taking place, according to congressional aides.

–Trump is scheduled to return to Washington on Thursday.

–Democratic leaders in the House and Senate have been negotiating with the Trump administration. Once they reach agreement, Senate Majority Leader Mitch McConnell said he’ll seek a vote on the deal.

–If the shutdown lasts past Jan. 3, when Democrats take control of the House, Democratic leader Nancy Pelosi, who is in line to become speaker, said the chamber will pass a spending bill to reopen the government — without money for a wall.

–The shutdown, which began Saturday, affects nine of 15 federal departments, dozens of agencies and hundreds of thousands of workers.

–Among the departments without funding are: Justice, Homeland Security, Interior and Treasury. Independent agencies, including the Securities and Exchange Commission, are also affected.

–The departments whose funding lapsed represent about a quarter of the $1.24 trillion in government discretionary spending for fiscal year 2019.

–An estimated 400,000 federal employees will work without pay and 350,000 will now be furloughed, according to a congressional Democratic aide.

–Federal employees working without pay and those now furloughed will get their Dec. 28 pay checks under a decision by the White House budget office since pay reflects work before Dec. 21.

–The remaining parts of the government, including the Defense Department, Departments of Labor and Health and Human Services, were already funded and won’t be affected by the shutdown, nor will mandatory entitlement programs like Medicare payments.