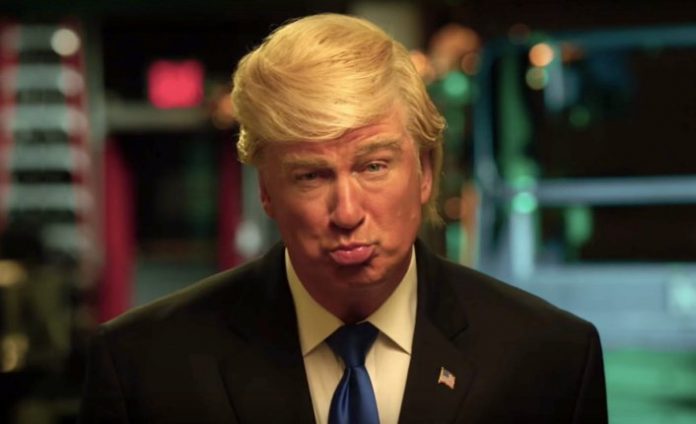 Actor Alec Baldwin says he has a “dream” of hanging President Donald Trump at a ;”trial for sedition’ on Dr. Martin Luther King’s birthday.

Baldwin, the “Saturday Night Live” actor who has mocked Trump for years, tweeted:

“I had a dream Trump was on trial for sedition. And outside the courthouse, a noose was hung from a makeshift scaffold. The noose was made of recycled Covid masks.”

Twitter has neither tagged, flagged, nor blocked the call for political violence against the U.S. president. Despite having over 1 million followers on the left-leaning social media platform, Baldwin’s tweet has a mere 932 likes, 255 comments, and 84 retweets in a post that has been left up for almost 24 hours as of Saturday night.