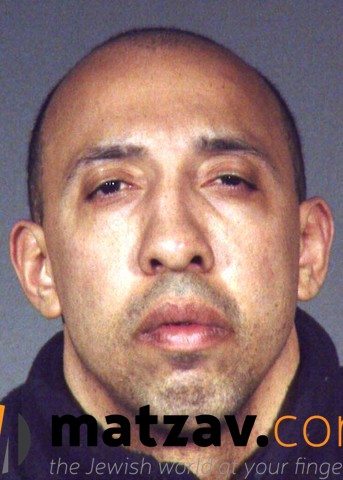 JP Updates reports: The heartless man who stole the Chai Lifeline tzedakah pushkah last week from Bagels N Greens Restaurant in Boro Park, as first reported on Matzav.com (here and here), has been identified as a 37-year-old Hispanic man with a long criminal history and detectives are following up on several tips to tack him down, law enforcement sources told JP on Friday.

Joseph Sanchez is the suspect who stole the charity box containing approximately $800. JP reports that he is known to the NYPD, with more than two dozen arrests, the sources said. Sanchez recently moved from Brooklyn to Manhattan and investigators are actively working on tracking him down, the sources added.

As previously reported, Sanchez entered Bagels N Greens Restaurant at 5113 13th Avenue on Sunday, and while acting as a customer he stole the charity box.