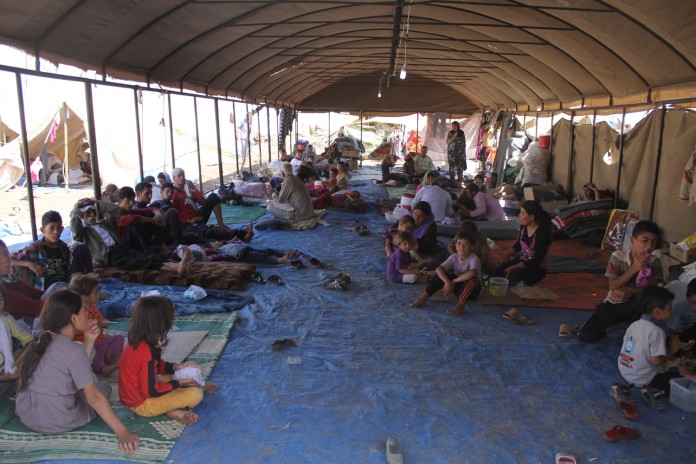 .S. Secretary of State John Kerry announced on Thursday that the U.S. State Department has designated the Islamic State terror group’s actions against Christians, Yazidis and other minority groups in Syria and Iraq as genocide.

Kerry’s remarks came in the wake of the House of Representatives’ Monday passing of a unanimous 393-0 non-binding resolution labeling the actions of the group as genocide.

“My purpose here today is to assert in my judgment, (ISIS) is responsible for genocide against groups in areas under its control including Yazidis, Christians and Shiite Muslims,” Kerry said in a news conference at the State Department, CNN reported.

Kerry said that in 2014 the Islamic State executed Christians and Yazidis “solely for their faith” and began enslaving women and girls, whom the group is “selling them at auction, raping them at will and destroying the communities in which they had lived for countless generations.”

Without the intervention of the U.S. and its allies at that time “it is clear that those people would have been slaughtered,” Kerry said.

This is the first time that the U.S. has declared a genocide since the massacre in Darfur in 2004. While labeling the actions of the Islamic State as genocide does not legally obligate the U.S. to take any action against the terror group, it can put more pressure on the White House to take more forceful military actions against the group.

“I commend Secretary Kerry and the State Department for making this important designation. The genocide against Christians, Yazidis and others is not only a grave injustice to theses ancient faith communities — it is an assault on human dignity and an attack on civilization itself,” he said. “The United States has now spoken with clarity and moral authority,” Fortenberry said.