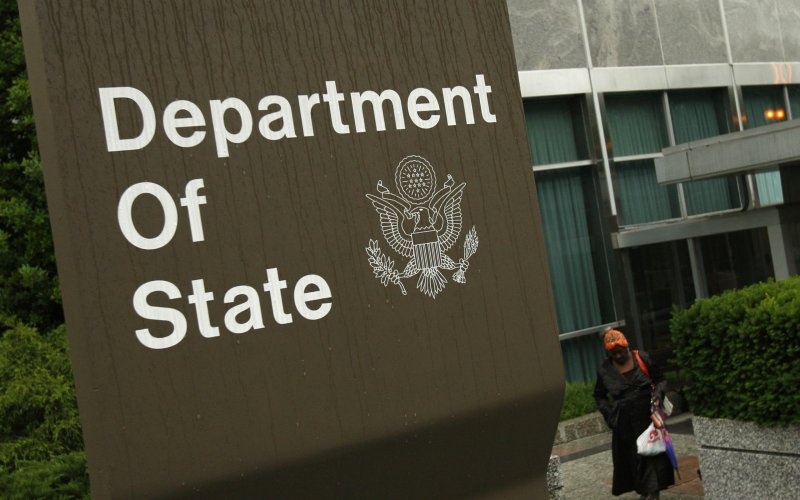 The State Department issued an unusual public warning to Saudi Arabia and the United Arab Emirates on Tuesday over a diplomatic rift with fellow U.S. ally Qatar, and suggested that the Saudis may have provoked a crisis and drawn in the United States on false pretenses.

Department spokeswoman Heather Nauert said the administration was “mystified” that – two weeks after announcing a diplomatic and economic embargo against Qatar over alleged support for terrorism – Saudi Arabia and the UAE have not publicly detailed their complaints.

“The more that time goes by, the more doubt is raised about the actions taken by Saudi Arabia and the UAE,” Nauert said.

“At this point, we are left with one simple question: Were the actions really about their concerns about Qatar’s alleged support for terrorism, or were they about the long-simmering grievances between and among the GCC countries?”

All three nations are part of the six-member Gulf Cooperation Council, a loose diplomatic confederation of mostly wealthy Persian Gulf states. Of them, Saudi Arabia is the most powerful.

Saudi Arabia, the UAE and Bahrain, along with Egypt, severed diplomatic ties with Qatar this month and blocked trade and passenger traffic through their territory and airspace in protest of what the three said was Qatar’s backing of extremist Islamist organizations, as well as its ties to Iran.

The diplomatic crisis has been a test of the new U.S. administration’s pull with Arab allies, and has pitted President Donald Trump’s public support for the Saudi-led action against Secretary of State Rex Tillerson’s preference for quiet, backroom diplomacy. Tillerson has had more than 20 calls and meetings devoted to helping resolve the crisis, Nauert said, but now sees little further room for U.S. mediation.

But, she said, he wants “results” and is now saying: “Let’s finish this. Let’s get this going.”

The blockade was announced shortly after Trump last month made Saudi Arabia the first stop on his first overseas trip. He received an extravagant welcome and lavished his hosts with praise. He also met with leaders of the UAE and Qatar individually, as well as at a GCC gathering, and signed a unity agreement with them.

Within days after his departure, Saudi Arabia announced the Qatar blockade. Trump tweeted his support. In their conversations with him, he said, the others had “pointed” at Qatar as a source of terrorist financing. He implied that his Riyadh visit had inspired the Saudi-led action.

Tillerson and Defense Secretary Jim Mattis, however, called for mediation and a quick resolution of the dispute. Qatar hosts the regional headquarters of the U.S. Central Command and launches air operations to Syria, Iraq and Afghanistan from a massive base there.

On June 9, Tillerson asked reporters to the State Department to read a prepared statement calling for the blockade to be eased, saying it was causing humanitarian and business hardships, and hindering U.S. military actions against the Islamic State.

The same day, Trump, speaking at a Rose Garden news conference, called the blockade “hard but necessary” and appeared to reinforce his backing for the Saudi view of Qatari culpability.

At a high-level White House meeting on the crisis Friday, officials expressed frustration at the failure of Saudi Arabia, the Emiratis and the others to present a promised list of their demands of Qatar. “It’s been two weeks,” said one senior administration official, who spoke Tuesday of the sensitive issue on the condition of anonymity. “We still haven’t seen this list.”

Since the 9/11 attacks, the Treasury Department has accused virtually all of the GCC members of supporting terrorism in some fashion. Three successive U.S. administrations have tried to deal with the issue, with varying success. Although none of the governments is now believed to finance terrorist groups, Saudi Arabia continues to spread its extreme version of Islam throughout the Muslim world while Kuwait and, especially, Qatar, are believed to turn a blind eye to individuals in their countries who engage in such funding. Qatar denies being the source of terrorist funding, and has said that the United States has not supplied evidence of its charges.

Nauert referred to “alleged” Qatari support for terrorism but would not go into detail at the State Department briefing about whether Trump or Tillerson have changed their minds about the veracity of the Saudi claims.

Tillerson had made the Qatar crisis his main priority and cleared his travel schedule this week. The former Exxon Mobil chief executive has said that he hoped to use his longtime contacts with leaders of all three countries to defuse tension.

But as the crisis drags on, the Trump administration risks looking like a pawn in an old dispute over differing approaches to extremism, free expression and potential challenges to Arab authoritarianism.

Saudi Arabia and the UAE have long objected to Qatar’s more liberal support for political Islam, including the Muslim Brotherhood. Qatar has also used its wealth, as the world’s largest exporter of liquefied natural gas, to support groups such as Hamas.

Although all the GCC countries are members of the U.S.-led coalition against the Islamic State, and Qatar is part of the Saudi and Emirati campaign against Iran-backed rebels in Yemen, Qatar also favors dialogue with Iran, the Shiite power that Saudi Arabia considers to be its chief rival.

In a briefing last week for reporters, Yousef al-Otaiba, the Emirati ambassador to Washington, said that Trump had different “equities” in the region from Tillerson and Mattis, who want to “maintain the war” against the Islamic State from the Qatar base. He said they had been assured no action would be taken to impede U.S. military operations.

“When was there a crisis when the State Department did not say we need to de-escalate?” he said. In his own communications with the White House, Otaiba said, he had gotten no pushback.