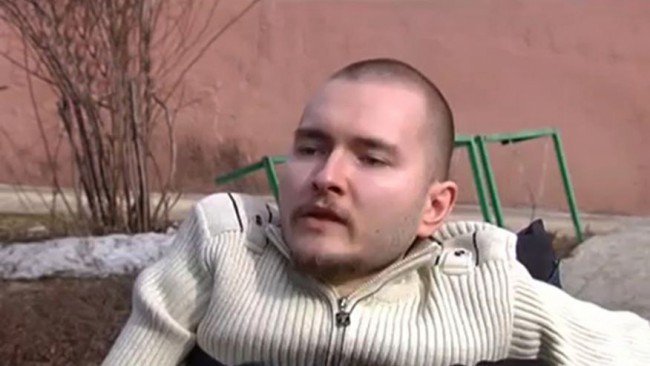 Here’s the cast of characters:

Valery Spiridonov, 31: Russian tech geek who runs an educational software company from his home east of Moscow. Because he has Werdnig-Hoffmann disease, a genetic disorder that wastes muscles and motor neurons, he is physically capable of little beyond feeding himself, steering his wheelchair with a joystick, and typing. The disease is usually fatal, and doctors expected him to be dead by now.

Xiaoping Ren, 55: Chinese surgeon who, when he lived in the United States, was on the team that performed the first successful hand transplant. He practiced for it by switching pigs’ forelegs, and he keeps in his office a bronzed pig ear that the transplant team sent him as a trophy.

Sergio Canavero, 51: Shaven-headed, flamboyant Italian neurosurgeon who compares himself to Dr. Frankenstein, mentions Nazi doctor Josef Mengele and has written not only dozens of respected scientific papers but also a guide to seducing women. In 2013, he announced he wanted to try to transplant a human head.

You see where this is going, right? Canavero and Ren want to perform the world’s first head transplant, and Spiridonov has volunteered.t

Sam Kean’s story about the project, published in the Atlantic magazine, is deeply weird. Canavero says the transplant could happen as early as 2017 and has a “90 percent plus” chance of success. If it does take place, it would require 80 surgeons and cost tens of millions of dollars.

Many scientists and ethicists have derided the project as “junk science” that raises false hopes. One says that if Spiridonov dies – a not-unlikely outcome – the doctors should be prosecuted for murder.

Kean weaves in history, science and entertaining detail: Doctors would color-code the severed muscles of Spiridonov and the brain-dead body donor, to make reattachment easier; the surgery would be done with a transparent diamond blade; the procedure probably would take place in China because it would not likely be approved in the United States or Europe.

And the story raises interesting questions: Even if Ren and Canavero can do the surgery, should they? If the donor body belonged to a pianist, would its muscle memory enable Spiridonov to play the piano? Who would the surviving patient be – Spiridonov or some kind of amalgam?