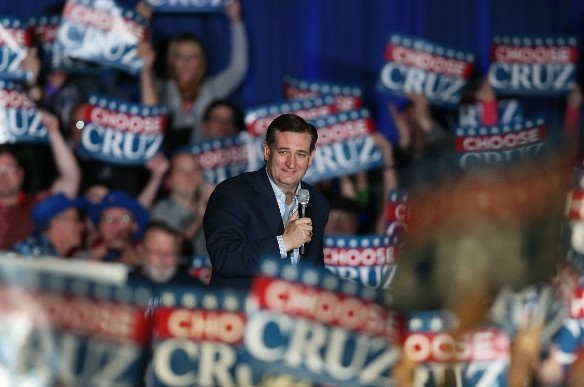 When Sen. Ted Cruz suspended his campaign Tuesday night, he offered no congratulations to the man who had just vanquished him: Donald Trump.

POLITICO reports Cruz thanked his family and unofficial running mate Carly Fiorina, but offered nothing for his party’s presumed nominee. He did not even acknowledge that, in dropping out, the nomination is all but sealed by a man Cruz earlier Tuesday described as “utterly amoral” and a “pathological liar.”

The Texas senator did, however, offer a veiled jab at the nominee.

“America is kind. We are not boastful or mean-spirited,” he said.