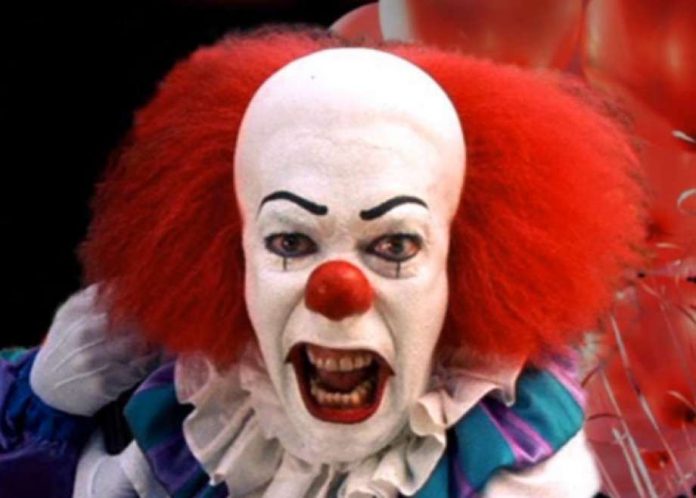 It is a strange thing when Stephen King must defend the world from tales of horrific clowns. The horror maestro who authored “It,” which featured a monster in the form of a clown, recently spoke out as a voice of pro-clown reason.

“Hey, guys, time to cool the clown hysteria,” King tweeted on Monday, “most of em are good, cheer up the kiddies, make people laugh.”

King was, for the most part, correct. The vast majority of people employed as clowns are content to brighten days, pie faces and fashion balloons into poodles. (Exceptions to the rule include “Wrinkles,” the Florida clown who will traumatize children for a fee.) Those good clowns are a shrinking population, and reclaiming the clown mantle will take more than goodwill tweets. In school districts and police stations, clown sightings have become a source of discomfort rather than giggles.

At the moment, the dominant clown strain in the United States – the one appearing in police and media reports, and what compelled King to defend America’s hard-working jester – is something altogether more sinister.

South Carolina was creepy clown ground zero in August, when emergency calls from residents of Greenville County prompted deputies to search an apartment complex and the nearby forest for criminal clowns. A clown, or someone dressed like one, was “trying to lure children in the woods,” warned the property manager of Fleetwood Manor Apartments in Greenville.

Such reports are not a new phenomenon – as long ago as 1981, according to Slate, Massachusetts elementary school students warned their principal about menacing clowns in a black van. But the 2016 strain of clowns is a particularly virulent one, with the season’s sightings spreading from Greenville to North Carolina, to southern states like Kentucky and Alabama, before sweeping across the rest of the country.

What began as reports from concerned parents to police mutated into memes, pranks and, in some cases, felonious hoaxes. Although there is little evidence that clowns are stealing children or planning attacks, clowns (or at least clown images and paraphernalia) have been associated with a recent rash of mischief and violent threats.

Some of the clown sightings have transferred out of the woods and onto the Internet, where people purporting to be clowns display menacing profiles on Facebook or Instagram (e.g., the Alabama woman who police say made threats as “Flomo Klown”).

The phenomenon is not quite as severe as swatting, in which hoaxers prompt SWAT raids on innocent victims with false hostage or bomb scares, but shares several features: authorities must treat the threats seriously; the threats are not genuine; and the Internet acts as both refuge and spawning pool for pranksters.

Many of the hoaxers are teenagers. Saturday, an 18-year-old late to her job at McDonald’s blamed a knife-wielding clown; police say the clown did not exist.

On Monday, police in Hampton, Va., arrested a 13-year-old and charged her with “one count of Threatening to Kill by Electronic Message,” the police said in a news release. She contacted an individual who was “utilizing a clown photo as a profile picture,” and asked the clown to murder one of her middle schoolteachers.

A day later, in Louisiana, two 17-year-old students who wore clown masks at their high school were charged under a rule that outlaws masks. Lafourche Parish Sheriff Craig Webre called behavior fear-inducing and “simply despicable,” according to WDSU. In Brownsville, Texas, an 18-year-old was arrested for an alleged false alarm involving a clown. A New Haven, Conn., high school banned clown costumes for Halloween.

Also on Tuesday, creepy clowns were invoked at the White House. During a news conference, a Bloomberg reporter asked White House press secretary Josh Earnest if President Barack Obama was aware of the clown reports and associated arrests. Earnest said he did not know if the president had been briefed on creepy clowns, and deferring to the FBI and Department of Homeland Security on the jester specifics.

Earnest added: “Obviously, this is a situation that local law enforcement authorities take quite seriously. And they should carefully and thoroughly review perceived threats to the safety of the community, and they should do so prudently.”

There is a long history of fiction and pop psychology exploring the dark side of the jester. The fear of clowns is pervasive enough to have its own word: coulrophobia.

In 2008, the University of Sheffield in Britain surveyed more than 250 children aged 4 to 16, to see if clown images would cheer up a hospital setting. Every one of the survey participants reported disliking clowns.

North Wales child psychologist Patricia Doorbar told the BBC at the time: “Very few children like clowns. They are unfamiliar and come from a different era. They don’t look funny, they just look odd.”

The hidden element of clowns – features obscured by makeup, or practical jokes like surprise hand buzzers – may put others off. “They pull things out of their sleeves. They blow up balloons and then pop them,” Columbia University clinical psychologist Kristin Kunkle told Livescience in September. “They do things that bring on a rush of emotion that some people might be excited about and some people might find overwhelming.”

King, who has long trafficked in psychological horror, offered his opinion on what makes clowns scary to the Bangor Daily News at the beginning of September. The creepy clown is a horror du jour, with a meme-like ability to feed on itself.

“I suspect it’s a kind of low-level hysteria, like Slender Man, or the so-called Bunny Man, who purportedly lurked in Fairfax County, Virginia, wearing a white hood with long ears and attacking people with a hatchet or an axe,” King said to the Maine newspaper. “The clown furor will pass, as these things do, but it will come back, because under the right circumstances, clowns really can be terrifying.”

The creepy clowns may be with us for some time yet. Clown mask sales are up 300 percent from 2015, Brad Butler of a costume store told Eye Opener TV. Normally half of the best-selling masks are “evil,” he said. This year, eight of the top 10 clown masks would transform the wearer into something wicked.