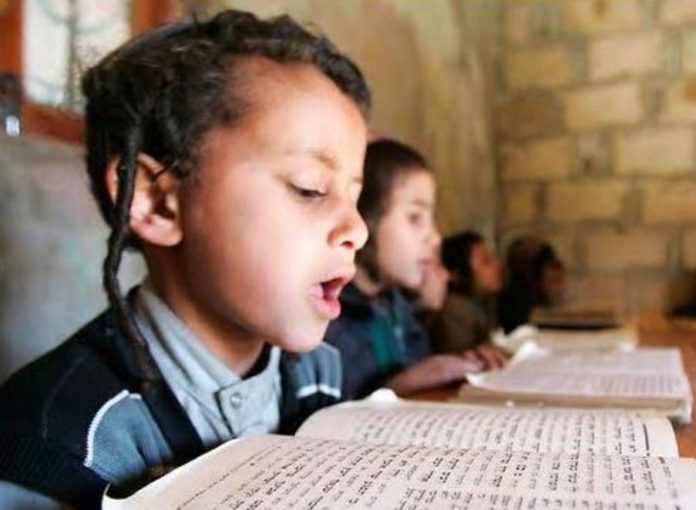 A group of small children were shuffled into the crowded office of Rav Chaim Kanievsky last month, to inform the Gadol Hador of an urgent crisis.

It is well known that in recent years, dozens of Yemenite families were rescued from their country of origin, where it has become increasingly more dangerous to be an observant Jew, and brought to Israel. Though the families arrived with abundant hope for the future, the Israeli bureaucracy has seemingly stranded them in conditions which are not fitting for religious families, with no logistical possibility of making their way out:

According to a recent report, “the absorption centers are extremely modest living conditions, with families confined to a single room. The deeply religious Yemenite families are now living together with Christian immigrants.

With no access to Torah education and surrounded by chillul Shabbat, the spirituality of the families has rapidly disintegrated. Those children who have had the rare opportunity to attend Charedi schools in Bnei Brak have reportedly refused to return home, in tears at the thought of re-entering a fully secular environment. Parents who risked their lives to raise their children with Torah & mitzvos are helplessly watching their children turn away from mitzvot.”

In the last two years tzedaka organization Kupat Ha’Ir has been successful, with the help of donors around the world, in relocating most of the families to religious neighborhoods, where they will have access to proper schooling and other resources. However, 22 children and their families still remain. Donations are being accepted now to save them from what one parent described as a situation of “pidyon shvuyim” (releasing the captive), and “hatzalos nefashos” (saving lives).

In their meeting with Rav Kanievsky, the Rav gave his blessing to all donors that they merit to live to see the coming of Moshiach, and raise “banim talmidei cachamim .” The connection between the bracha and the mitzvah is not hard to trace: Donors help to aid the ingathering of exiles to the Jewish homeland, and give them essential tools in raising their children in Torah.