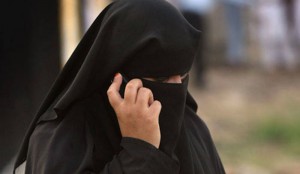 Many Jewish leaders in France support the recently imposed — and subsequently overruled — ban on burkinis, Makor Rishon reported on Sunday.

According to the report, the controversial ruling on the head-to-toe bathing suits worn by religious Muslim women has “surprising” backing from a predominantly Orthodox or traditional community, which also favors “modest” attire.

Rabbi Moshe Sabag of the Great Synagogue in Paris told Makor Rishon that the wearing of full-body burqas – and by extension burkinis – “conveys a problematic message of Islamism.”

He said that the French “are afraid that Islam will become the country’s largest religion. Many feel that through such clothing as burqas and burkinis, Muslim women are trying to impose their customs on the general secular population.”

Sabag then explained why he does not consider the prohibition of the modest Muslim bathing suits worrisome.

“Religious Jewish women do not go to the beach in France dressed this way,” he said. ” When they are in Israel, they mostly frequent segregated [male-female] beaches; in France, they go to private swimming pools.”

This sentiment was echoed by journalist and political analyst Daniel Hayek, who said that religious-Jewish women in France simply do not go to the beach. “Members of the ultra-Orthodox community travel to the Alps in the summer, not to the Riviera or to Cannes,” he claimed, adding that such religious vacationers stay in hotels whose kitchens have been made kosher, and whose swimming pools set aside different hours for men and women.

Hayek then referred to the recent declaration by former President Nicolas Sarkozy that he would run in the next election and — if successful — would promote legislation prohibiting all outward symbols of religion, including burqas and kippot [Jewish skullcaps] in public spaces and the workplace.

“Where does this come from?” Hayek asked rhetorically. “Not from the Jews. Jews have always known how to be respectful. They have always known when to compromise and how to integrate their private lifestyle into the secular republic.”

French parliamentarian Meir Habib, former head of the Jewish umbrella organization CRIF told Makor Rishon that he, too, supports the burkini ban. “During 2,000 years of exile, it has been clear to Jews: ‘Dina d’malchuta dina’ [Aramaic for “The law of the land is the law”]. You have to abide by local laws, except in cases of incest, bloodshed and idol worship. That’s why there was an absence of friction.”

Habib said he believes the burkini is a “cultural-political garment,” and that he wouldn’t have a problem with it, if not for the fact that “Muslims do not accept our laws. They want to change French legislation. France has 6-8 million Muslims who are becoming increasingly radical. We have to protect the republic.”

However, according to Makor Rishon, not all French rabbis agree with the anti-burkini law. Haredi Rabbi Raphael Sadin, who heads an institute for the study of the Talmud in Jerusalem, considers it to be a very dangerous law, which “will cause young Muslims to see it as a war against Islam… and to consider every French citizen an enemy. It will encourage more youngsters to become terrorists.”

Why, he asked, “do the French care how Muslims dress? Western liberalism doesn’t exist when the ‘other,’ who symbolizes different values, is accused of threatening liberalism. This shows great ideological weakness.”

Sadin went on: “Jews lived in exile for 2,000 years, and we possess profound wisdom about how to live in accordance with halacha [Jewish law] while not disturbing the gentiles.”

Sadin concluded that the new anti-burkini law could hurt the Jewish community. “If the French get to the point of banning public signs of religion, though spurred by Islam, religious Jews won’t be able to live comfortably in France,” he said. “It is a tangible danger.”

The ban on burkinis, which was adopted by 15 local authorities – and began to be enforced by police scouring French shores for violators – was overturned on Friday by France’s highest administrative court. According to the UK’s Independent, the State Council (Conseil d’Etat) said the ban “has dealt a serious and clearly illegal blow to fundamental liberties such as the freedom of movement, freedom of conscience and personal liberty.”

However, as the British Telegraph reported on Sunday, mayors of 28 French towns are maintaining burkini bans in defiance of this ruling.