The media is so one-sided and so biased, I am amazed they get away with what they do. If they like you, they’ll give you a pass for the worst crimes and sins. If they hate you, they’ll rip you apart like a cat tearing through yesterday’s dinner in your trash can.

Take an athlete who is accused of using steroids and performance enhancing drugs (PEDs). If he’s hurt anyone at all, it is himself and possibly his sport. Who knows. But instead of keeping some perspective, the newspapers portray him as the most evil person since Genghis Khan.

Murderers get a free pass. Abusers get covered up for. Womanizers and immoral celebrities are lionized. But a guy is accused of bulking up for baseball and suddenly he’s the new Saddam Hussein. And this from a self-righteous media that has decided for America what is right and what is wrong, what is moral and what is not.

How come no one has called out the media for their non-stop trashing of one guy, while they seem to set their own standards of morality for those in Hollywood and elsewhere?

In the words of the great Bob Grant, it’s sick out there and it’s getting sicker. 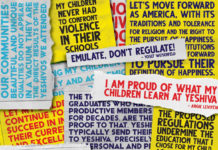 Board of Regents Meets on Substantial Equivalency 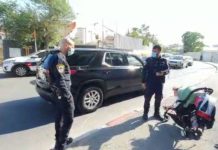