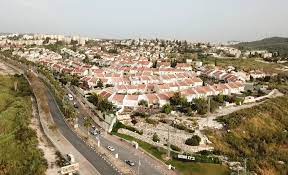 According to a new master plan, Beit Shemesh is to triple its population to 360,000 in the next few years with an eventual target of half a million, by adding new neighborhoods and revamping older neighborhoods.

The city’s population has nearly doubled to 120,000 in less than 20 years after an influx of chareidim who now constitute half its populace. Almost half the city is under 14 years old.