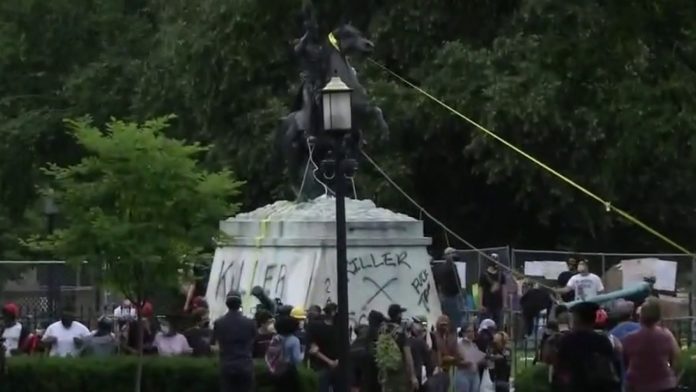 The move follows the toppling on Friday of DC’s only statue of a Confederate leader, Albert Pike, near the city’s police headquarters. On Monday, protesters unsuccessfully tried to topple a statue of President Andrew Jackson facing the White House.

President Trump called the assault on Jackson’s statue, which was lassoed with ropes, a “sneak attack” and warned activists they face up to 10 years in prison under the Veterans’ Memorial Preservation Act. Read more.