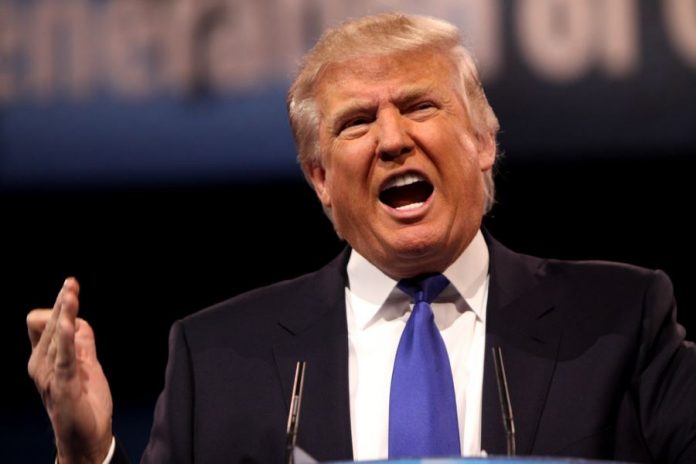 Speaking to the U.S. Central Command on Monday, President Donald Trump went off his prepared remarks to make a penetrating claim: The media is intentionally covering up reports of terrorist attacks.

“You’ve seen what happened in Paris, and Nice. All over Europe, it’s happening,” he said to the assembled military leaders. “It’s gotten to a point where it’s not even being reported. And in many cases the very, very dishonest press doesn’t want to report it. They have their reasons, and you understand that.”

The comment harked back to comments from senior adviser Kellyanne Conway on MSNBC last week.

“I bet it’s brand-new information to people that President Obama had a six-month ban on the Iraqi refugee program after two Iraqis came here to this country, were radicalized and were the masterminds behind the Bowling Green massacre,” she said. “Most people don’t know that because it didn’t get covered.”

Trump’s comment goes further than Conway’s, though. Her statement that “it didn’t get covered” probably referred to the alleged “six-month ban” from the Obama administration. Trump is positing that the media suppresses news of terrorist attacks to fulfill a political agenda.

Trump’s comment is very much in line with comments he made last June about President Barack Obama.

“Look guys, we’re led by a man that either is not tough, not smart or has something else in mind,” Trump said about Obama’s response to the attack at a gay nightclub in Orlando. “And the something else in mind – people can’t believe it. People cannot believe that President Obama is acting the way he acts and can’t even mention the words radical Islamic terrorism. There’s something going on.”