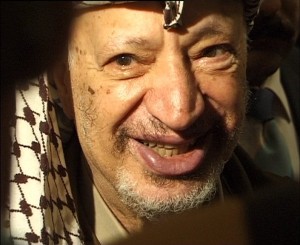 The vigilance of the advance team preparing U.S. President Donald Trump’s visit to the Middle East and Israel later this month has prevented an embarrassing and potentially serious diplomatic incident.

A senior Palestinian source told Israel Hayom on Sunday that as part of Trump’s visit to the Muqataa compound, the seat of the Palestinian Authority’s government in Ramallah, his hosts had planned to lead the American president to the site of the official reception past the nearby gravesite of Palestinian leader Yasser Arafat.

Footage of Trump at Arafat’s gravesite could be construed as an official visit to the grave, which would have placed the American president in a diplomatically awkward situation. Such a visit would undoubtedly anger Israel and could trigger a serious diplomatic incident between Jerusalem and Washington. Read more at Israel Hayom.