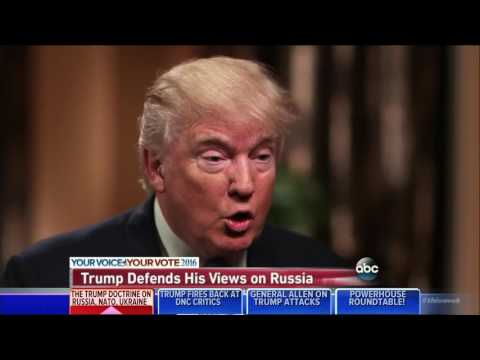 During an interview on “This Week,” Donald Trump said that Russian President Vladimir Putin was not going to go into Ukraine despite the fact that the country’s military has intervened in the nation’s affairs since 2014.

“He’s not going into Ukraine, OK, just so you understand. He’s not gonna go into Ukraine, all right? You can mark it down. You can put it down,” Trump said. When he was corrected, Trump responded: “OK, well, he’s there in a certain way.”