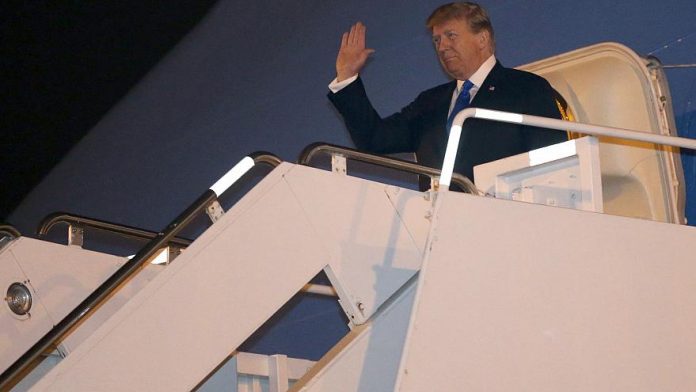 Donald Trump and Kim Jong Un both arrived in Vietnam today ahead of their second meeting.

Trump flew into the capital Hanoi on Air Force One, landing at around 9 p.m. local time (9 a.m. ET), while Kim arrived earlier early in the day after a three-day, 3,000-kilometer train journey from Pyongyang through China.

The two leaders, who first met in Singapore last June, are expected to have a one-on-one conversation on Wednesday evening followed by a dinner, and will meet again Thursday. Trump told reporters before he left that it would be “a very tremendous summit.” Their conversations are expected to largely focus on how to implement a North Korean pledge to give up its nuclear weapons. Read more.